I recently decided to get rid of windows and install Linux on my Computer. So far it has been a good experience. However, one of the main things that was worrying me was the fact that I maybe could not control the fan speed as I was able to with Windows 10. Acer had released some time ago a utility to control the fan speed and it worked wonderfully. Thankfully however, I managed to find a perl script that does the exact same thing on Linux, and it works like a charm when I run it with sudo, however, whenever I simply run it without sudo, it gives me an access denied message about /dev/port. 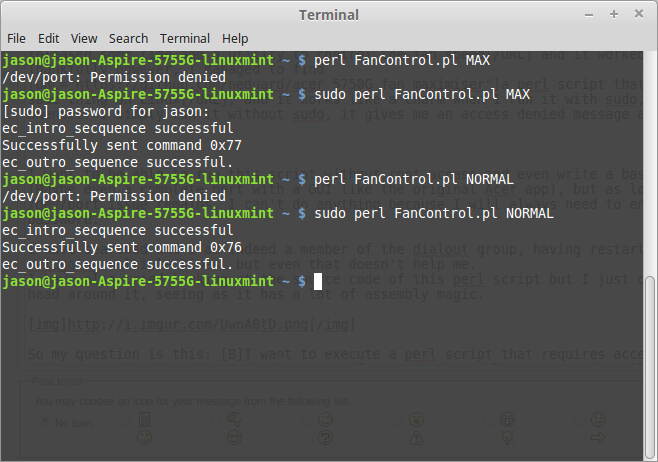 I want to be able to run this script without root access and even write a bash script for it (Maybe even a complete port with a GUI like the original Acer app), but as long as this /dev/port issue remains, I can't do anything because I will always need to enter my password.

I have searched and I am indeed a member of the dialout group, having restarted and relogging multiple times, but even that doesn't help me. I have also tried looking at the source code of this perl script but I just can't wrap my head around it, seeing as it has a lot of assembly magic. 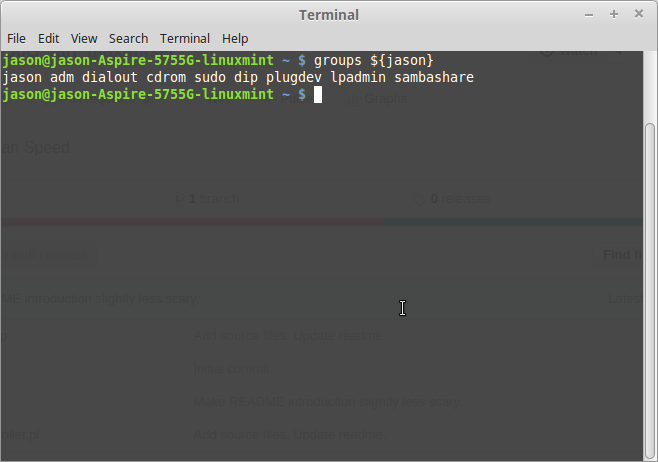 So my question is this: I want to execute a perl script that requires access to /dev/port without running it using sudo, but even if I am in the dialout group, it still gives me the error. What am I doing wrong?

My guess is that the ports that this script needs do not belong to the dialout group but some other group, like tty, but I can't add myself to the tty group.

This suggests that you need to run it via sudo, i would also resist the temptation to open up the permissions to /dev/port as it will weaken your security.

What you could do is configure sudo to allow you to run that script as root without a password.

It would be wise to make that script be owned by root and not writable by anyone else but root, an attacker could find out that it will be run as root and could insert other commands that could compromise your system.

Not the answer you're looking for? Browse other questions tagged permissions or ask your own question.

29
How to make files accessible only by root?

2
Control sound permissions, revoke access to audio
8
Access to /dev/ttyUSB0 and sudo
4
/dev/ttyACM0 : Permission denied error
1
No permission to access my usb device, which is in /dev/ttyUSB0, even though I am in dialout
0
Give puTTY ROOT permissions?
0
Save files with vscode on /var/www
2
Permissions group dialout don't apply