Is there a command to "manually automount" an attached disk?

I have an extra hard drive which I use for backups. The label on its one and only partition is "backup". When I open nautilus and click on "backup" it mounds the drive in "/media/backup", and then there's a little eject button next to it's icon in nautilus.

If I manually mount the drive by creating a directory and using "sudo mount /dev/sdx /some/dir", the eject icon still shows up in nautilus, but when I press it I get an error because the device was not mounted via whatever it is that mounts it the other way.

What I would like is to be able to do this "mount to /media/backup and enable the eject button" via the command line. The goal is to have the device mounted by a script which needs the drive, but then leave it mounted until I manually eject it... if I want to.

P.S. I'm aware that I can have the drive auto mounted at startup, but that's not what I'm looking for here, and I'd like to know if this is possible.

you can automount, you can manually mount but you can't manually-automount! 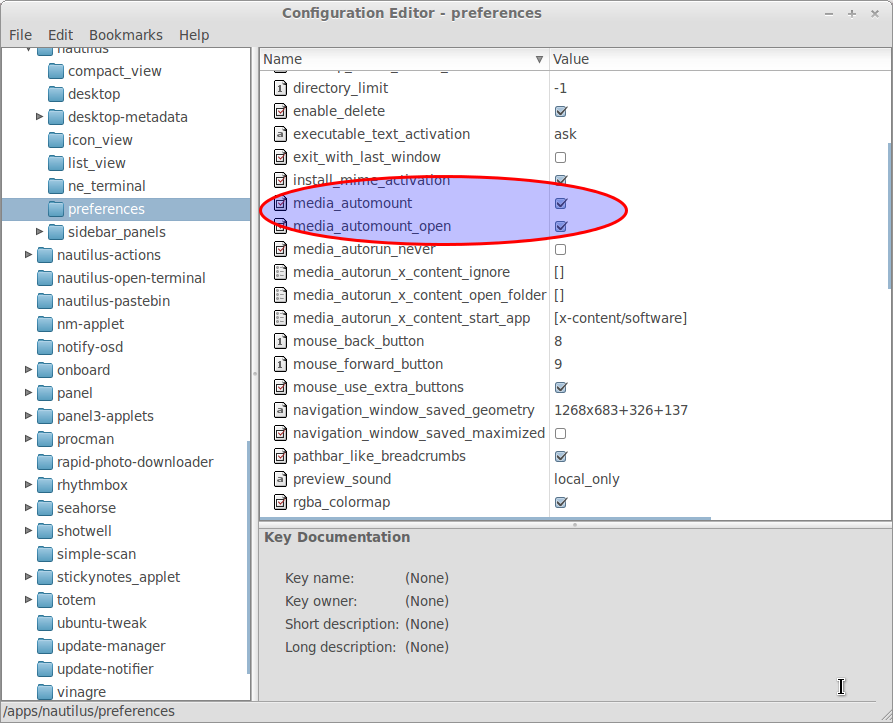 Worked for me. Adapted from https://superuser.com/questions/638225/manually-trigger-automount-in-debian-based-linux

Not the answer you're looking for? Browse other questions tagged nautilus mount automount or ask your own question.

1
How do I detect if an external drive is already mounted?
6
Automount NTFS partition like Nautilus do
1
How to make external USB harddrive mount properly for backup script with udisks2
0
How can I set a device label for a devices in the Nautilus sidebar?
3
How to get gvfs to automount removable devices when not using Unity or Gnome Shell
10
Ubuntu 14.04 - Automatically mount USB drive without clicking on it manually?
0
Automount when changing USB floppy
2
Create custom mount/unmount entry for nemo/nautilus "devices"