Is there a text editor for the command line that uses the same keys as Notepad on Windows?

I'm used to work in Windows environment and are used to the commands in Notepad e.g. CtrlS for save, CtrlC for copy and so on.

On Ubuntu it's handy to work directly in the command line, e.g. as with vi mytextfile.txt.

I would like to use a text editor that I can use in the Terminal but with the same key commands as Notepad on Windows. Is there any text editor with "Notepad commands" for Ubuntu command line? 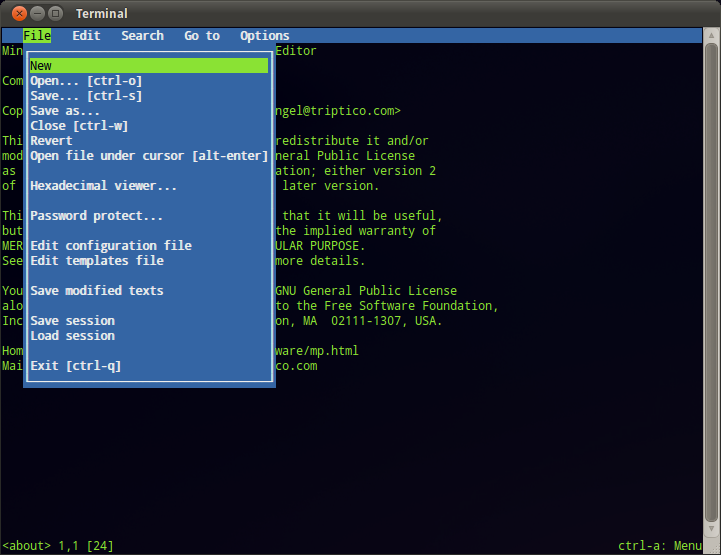 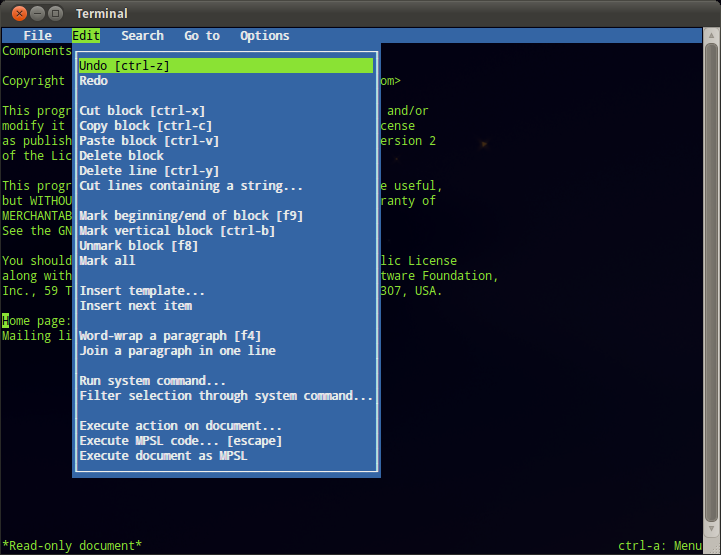 you can launch a gui text editor, similar to notepad, from terminal like so:

you are then not directly doing the editing it terminal but you get all the convenience of launching it from the command line and familiar key combinations.

It is unlikely that a CLI based editor will accept CtrlC and CtrlS. The reason for this is that those keybindings are special to the terminal by default, so the terminal will catch them before they reach whatever program you're running inside the terminal.

When the terminal recieves CtrlC, it sends the INTERRUPT signal to the program running inside the terminal. Most programs will abort when they recieve this signal.

When the terminal recieves CtrlS, it stops scrolling output. This is useful if you're running something that is outputting a ton of data to the terminal. Hitting CtrlS, you can pause the output to look more closely at that particular part. CtrlQ resumes.

With the stty command, you can change these keybindings.

Gedit is surely a good choice but it's not command line based.If you really need notepad's functionality then you may use it with wine. However in my opinion go for vi/vim or for gedit

textadept-curses! Not available in the default package depots yet, but is a wonderful tool for Windows transplants. Plus, it's cross platform so that you can install it on Windows to gain familiarity. Supports shift+arrows to mark text, and many of your other favorites.

I recommend you provide an alias or additional symlink since typing that whole name out is annoying.

Micro does this https://github.com/zyedidia/micro. Pretty much the most advanced one here, I don't really understand how it was not mentioned yet.

Not the answer you're looking for? Browse other questions tagged command-line text-editor editor or ask your own question.

14
Open application to edit text files from the command line
13
How to make text file created in Ubuntu compatible with Windows Notepad?
0
What text editor for Linux has the following features?
2
graphical text editor that can filter text through shell commands?
2
Console text editor with "Windows-like" shortcuts (CTRL+A, -C, -X, -V, Shift+End, Shift+Up ...)
1
What command line text editor can give me windows key navigation & use?
4
How to print via text-editor (like mousepad) from the command-line?