"Booting in insecure mode" when secure boot is turned on

I have a dual boot (UEFI) Windows 10 Pro and Ubuntu 16.04. During Ubuntu install IT asked me to turn off secure boot, so I did it, using the installer. When I finished installation, I turned secure boot on again in BIOS, but I keep getting this:

Every time I start my PC, before entering GRUB. I checked it on Windows and it says that secure boot is enabled, same as my BIOS. I am attaching a photo of my BIOS config: 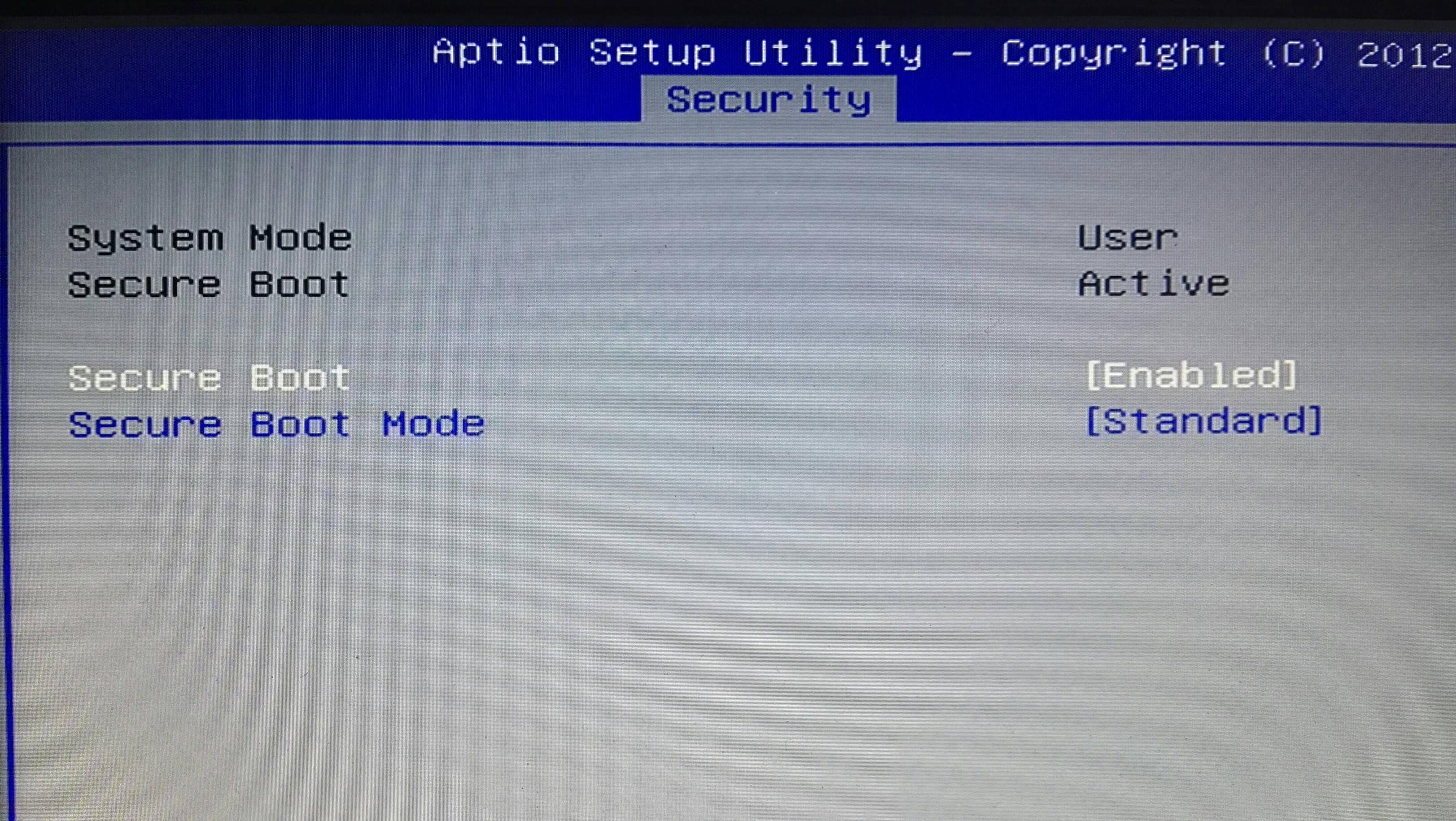 How can I turn secure boot back on so Ubuntu will see it as enabled? Is there any way to get rid of this annoying message? Thanks in advance ;-)

I know that Dell ships their Linux systems with a variable set that disables validation: https://bugzilla.redhat.com/show_bug.cgi?id=1544794

The solution is to enable validation in that case. Perhaps this is what you're seeing? Try running:

That message is normally displayed by Shim when the system is configured with Secure Boot disabled. I seem to recall it being displayed in error on at least one system, but I don't recall the details. If this is what's happening, you won't get rid of the message, so you should simply learn to live with it -- at least, unless and until an updated Shim binary is released that fixes the problem.

You may want to check your Secure Boot mode in Ubuntu, though. You can do so as follows:

The first line of output shows the value of the EFI's SecureBoot variable. In this case, it ends in 0001, which indicates Secure Boot is active. If it reads 0000 instead, that means it's inactive. If you get a No such file or directory error, that means that the system doesn't support Secure Boot at all (or maybe that it's supported but has never been active), which is effectively the same as it being inactive.

If the firmware's own UI says that Secure Boot is active but it's inactive in Ubuntu, then that suggests a problem somewhere. I know some recent versions of Shim have a way of effectively bypassing Secure Boot if they're configured in a certain way, so that might be what's going on; but I'd need to dig a little deeper to figure out what that feature is or how to check or reconfigure it.

You can check the status of Secure Boot by -

You need to use the following command to re-enable Secure Boot validation, which will eventually not show the text "booting in insecure mode".