how can I update the path to Android Studio?

I was using Android studio 1.5. I fired up the studio and then locked it to the launcher. That made it very easy to fire up from there on.

Now I just updated to 2.0. I unlocked the first icon from the launcher, went to the 2.0 directory and used ./studio.sh. As expected, up came version 2.0. Great, now to lock it to the launcher bar. Done. Exit the studio and press the icon. What comes up? Good ole 1.5 which I no longer want to use.

There must be some sort of path variable which I am not finding. What I got from printenv is

which clearly has no reference to either version of Android studio. So where does the icon on the launch bar get its location from? How can I update it to the new location?

1) Go to the installation dir, and fire it up with ./studio.sh 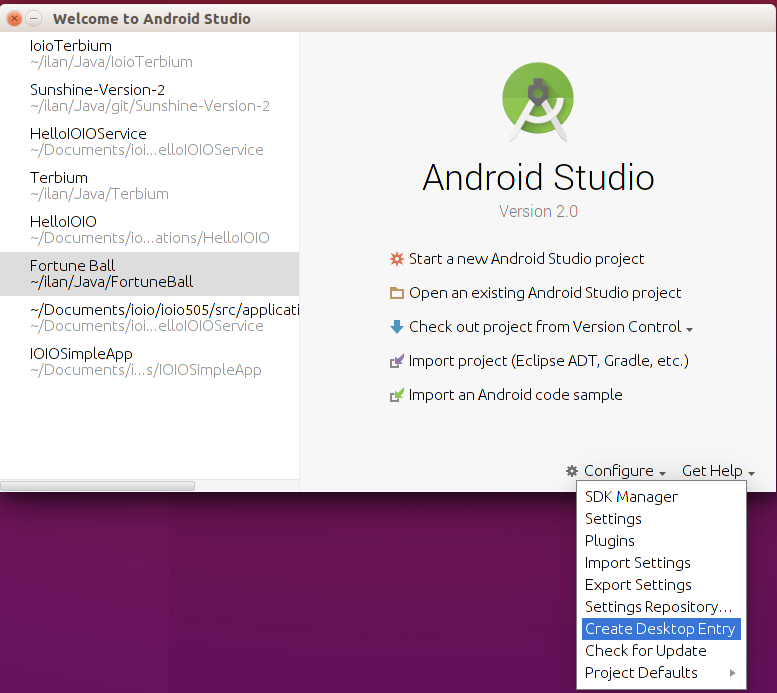 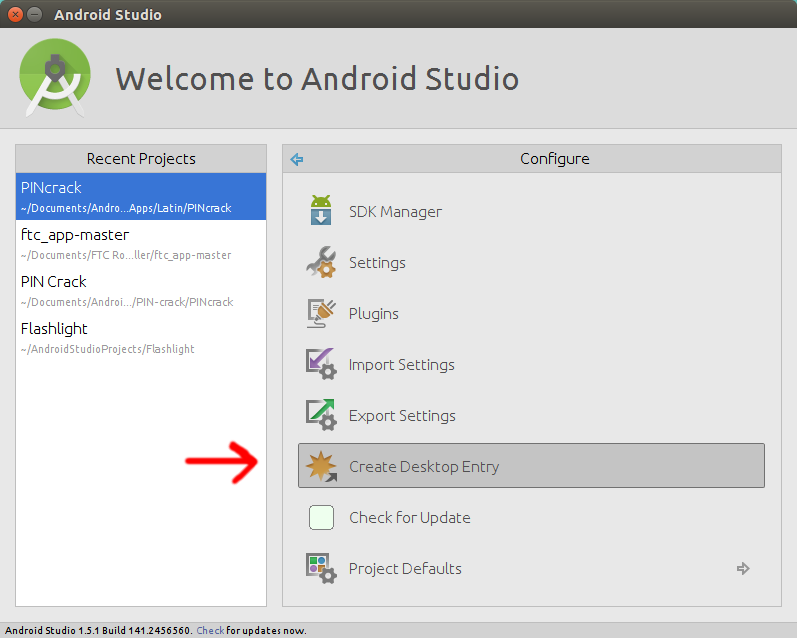 Not the answer you're looking for? Browse other questions tagged launcher android or ask your own question.

4
how to change the path of an icon in the unity launcher
6
Unity launcher for Intellij duplicate after application loading
0
How to install Aptana Studio 3 in Ubuntu 14.04? with Launcher shortcuts and Dash search?
53
Uninstall Android Studio completely
1
Android Studio sdk directory
0
Replace Android studio 1.5 launcher shortcut with Android studio 2.0 shortcut
2
Android Studio IDE and tools do not launch after install
3
Where to download latest Android-SDK for Ubuntu other than Android.com
0
How can I add android emulator as favourites in launcher bar ubuntu 19.04?