I recently installed Ubuntu 15.10 on my old computer. I'm now trying to create a windows usb stick to install on a new computer I'm building. When I add the repository

and I try to update, I get the following errors:

Then when I try:

Can anyone help me find a solution?

The Winusb package is not available from this PPA for Wily but there is a technique that worked well on my system to install it using the Saucy package. I have tested this under Trusty but it should also work under Wily:

Firstly download either 64bit or 32bit package from the PPA:

Then install the file:

You will see errors such as the following:

It is a very clumsy method (and certainly will not work for all deb packages!) but has certainly worked on my Trusty system and should also work on Wily: 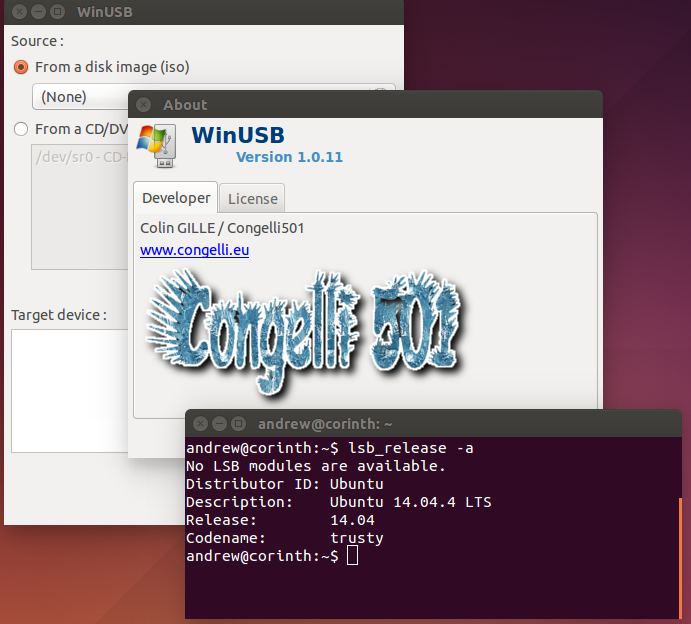 There is a fork of winusb which works great in my Ubuntu Mate 18.04

Just restart the system after installation

Not the answer you're looking for? Browse other questions tagged windows iso winusb or ask your own question.