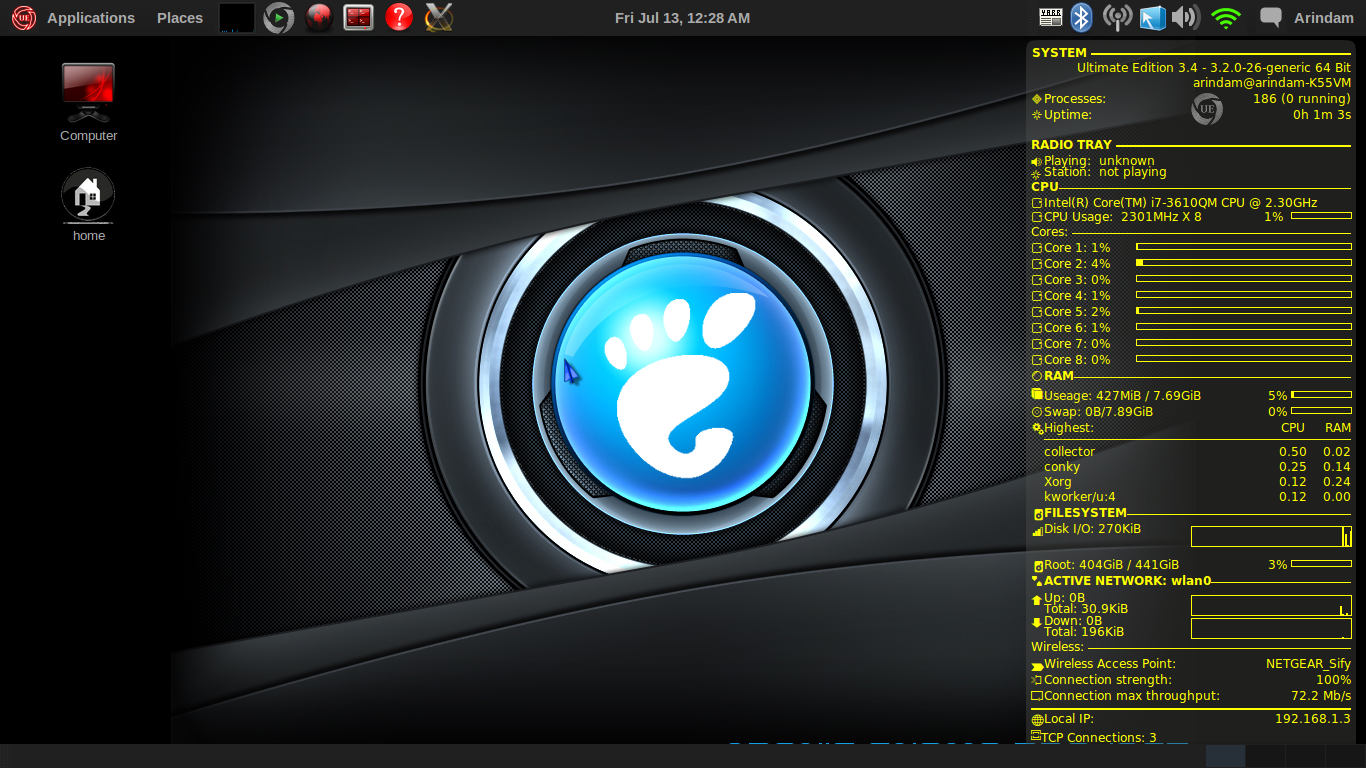 At the right most of the desktop you can see the operations of the system and any other thing. How can I incooporate this in mine too?

Regarding the main question:

This is most likely realized with conky.

Conky is a system monitor for X originally based on the torsmo code.

You can install conky from default repositories via:

After having installed you can choose by manually creating a config file, search one from in the internet or use some third party app like Conky Manager (http://www.teejeetech.in/p/conky-manager.html) to get started.

Assuming you have a first config file named conkyrc in ~/.config/conkyrc.

Detailed instructions about setting conky up can be found in the Ubuntu Community Wiki.

There are tons of pages discussing conky configurations and use cases, one possible starting point to get inspired and more ideas on what is possible can be found on reddit.

Not the answer you're looking for? Browse other questions tagged 14.04 gnome software-recommendation or ask your own question.

1
How to integrate Banshee into the system tray for gnome
1
Displaying system information on Gnome 3 desktop
1
Set text direction in gnome-shell?
1
Wallpapers are merged with multiple images after suspend
0
Need System Settings Icon back on Launcher
0
Tried to upgrade from 14.04 to 15.10, accidentally upgraded to 16.04
3
Restore GNOME desktop to original state
0
How to separate system icons in top bar