Gparted, fdisk with reference to Install

I believe this is a different problem from a set of fdisk, gparted questions already asked and answered. 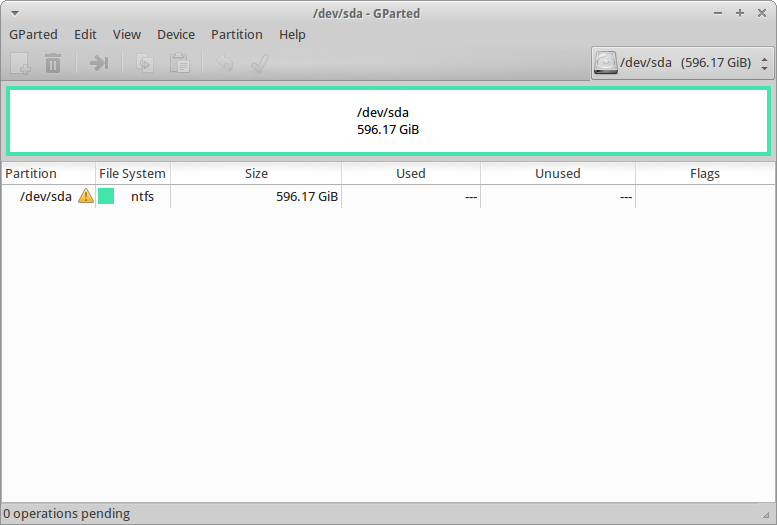 so I think the partitions are there, but gparted and the install partitioner are reporting the only partition as '/dev/sda'.

How do I take the content of sfdisk or fdisk and write the partition information so that gparted reads the same set of partition data/meta-data?

I think I can fix the other issues when the data that gparted uses matches the actual partitions.

note: I do not want to wipe out all the existing partitions by re-init'ing parted.

After the last xubuntu upgrade in place, the mount partitions were not being recognized. I had thought it might have been an issue with disk uid's and the boot scripts would drop me into emergency root access. I backed up my work directories and attempted to do a fresh install from LiveCD, where this problem makes itself evidenced.

While I do not know the answer to my question. I have resolved the underlying problem.

In the install process, I was able to delete some partitions, create new partitons, create the filesystems and then complete the basic install

thank you to those who responded

Not the answer you're looking for? Browse other questions tagged partitioning gparted or ask your own question.