I tried installing Ubuntu 14.04 LTS, but it was getting very hot (only on Ubuntu, it stayed cool in Windows 7). I tried Googling, and I found bumblebee and some other programs such as thermaid but they didn't solve the problem. So I updated to Ubuntu 15.10. The heating problem was still there, although reduced a bit. Then, I tried another distro (Fedora 23) but it didn't help at all. I read online that this is likely to be caused by the dual video card, so here's my PC configuration:

I know that there are a lot of questions about this problem but none of the answers solved my problem. I've been struggling with this for three weeks.

Here are some screenshots with psensor.

This is the computer just started and doing nothing:

Here's what happens as soon as I open Firefox and play a video on Youtube:

On Windows I get an average temperature of 40°C while in a Skype call with Youtube and lots of open tabs on Chrome, so I don't get how the temperature can be so high on Ubuntu. Needless to say, the fan is almost always on.

As Android Dev asked me, here are the Nvidia X Server settings screenshots after playing a video on Youtube for about 3 minutes: 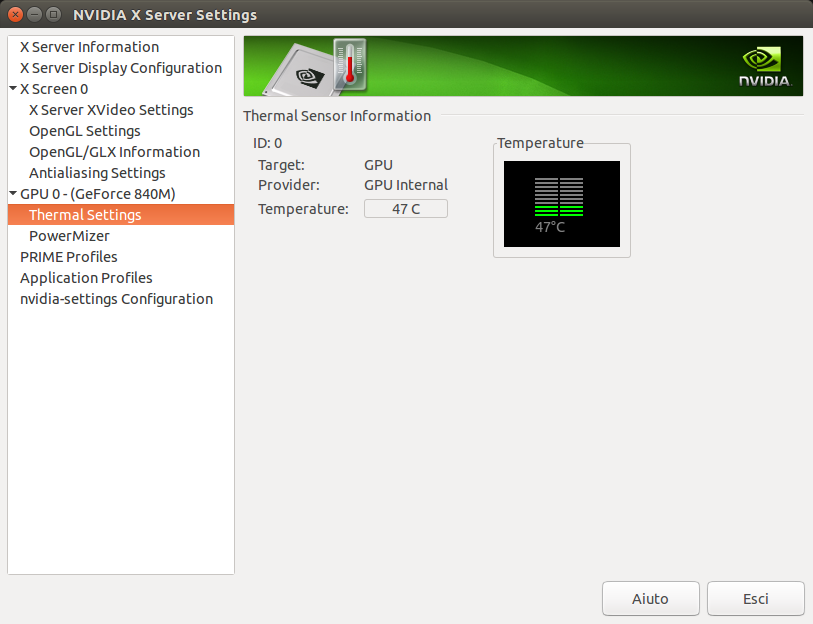 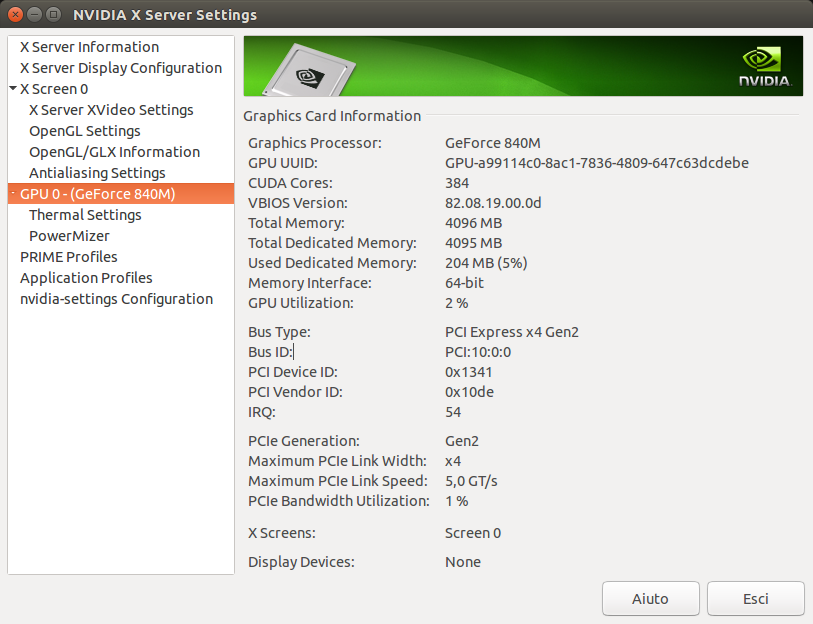 I did a stress test with Prime95 but I had to kill it after only 5 minutes because the temperature was rising very quickly. Here's the temperatures after that:

Please report back with the temperatures it shows.

Not the answer you're looking for? Browse other questions tagged dual-boot nvidia hp bumblebee overheating or ask your own question.