Warning: One or more disk image files are not currently accessible

Everything seems to work ok so far, but every time I launch VirtualBox I get this pop-up with a warning message. 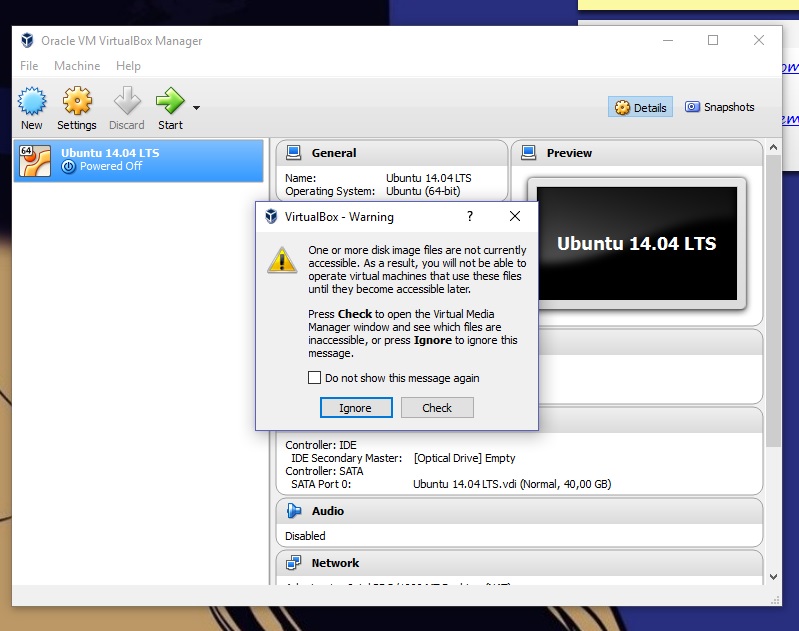 I believe this warning started to appear when I changed the number of processor cores of the VM in Settings.

Is this a big issue and if so how can I fix this ?

This is what I see when I click the check button 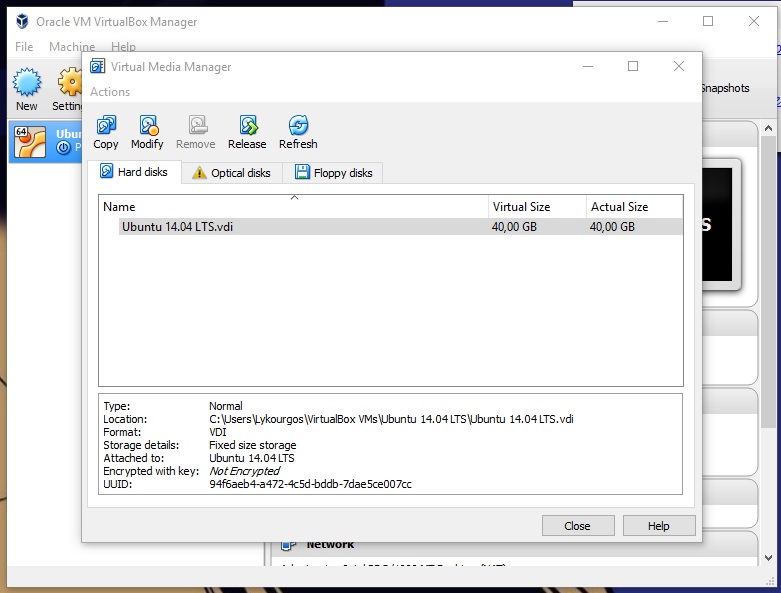 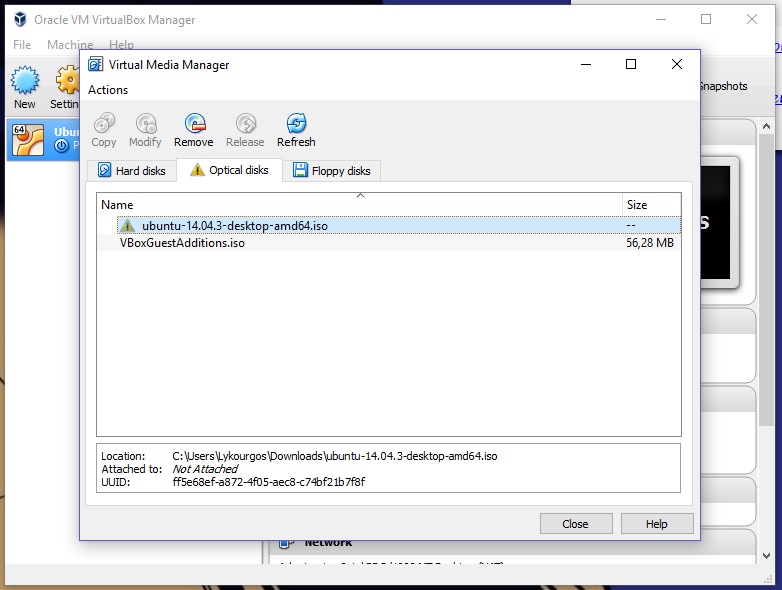 I had the same issue and was confused until I looked more closely and realized it was looking for the iso I originally placed on my desktop, which I had since thrown in the trash. It appears your message is telling you the same thing.

After successfully installing the ubuntu VM(/Users/user/VirturalBox VMs on mac), I discarded the ISO, but the drive is still mounted, causing the error, or warning.

I was able to select the iso listed in the dialog and press remove, and upon restart of VirtualBox, the issue was resolved.

Not the answer you're looking for? Browse other questions tagged 14.04 virtualbox or ask your own question.

1
Why does Virtualbox's main window closes immediately after launching it?
1
How To fix a PPTP VPN client connection (Ubuntu on VirtualBox)
4
“Are you sure you want to proceed?” on login
2
Virtualbox Windows 10 Guest installation is freezing up in 14.04
7
Failed to bring up eth2 - Ubuntu 16.04
0
Applications running slower with multiple threads
0
Can't upgrade or install programs because of Virtualbox extension