I started my dropbox deamon today, with the following result in the panel:

The icon with the warning/failed symbol should be my Dropbox icon. I cannot right-click or left-click it, so no interaction.

I am running Xubuntu 15.10 on 4.2.0-27-generic x64. I also tried to re-install Dropbox, reinstall nautilus-dropbox, recursively delete ./cache/sessions/ as well as set other themes and icon sets.

Apparently nothing helped and similar problems described here and on other boards are similar, not the same and do not work in my case.

A more recent workaround that works for more Linux operating systems than the DBUS_SESSION one:

EDIT: To make this permanent see answer by @juankvillegas below.

The answer given by @Juan M. Gonzalez is the best one, but you have to run that command every time you restart your PC.

A permanent fix would be:

This instruction only work for Xubuntu, UbuntuStudio 16.04 (Not working in 17.04)

In you terminal run

Create a new line after import os and add the following:

Here a Gif I made:

And, if someday Dropbox update and not working more, repeat this tutorial

That is shown here:

I think it's an issue related to the indicator plug-in. If you don't use it, I suggest you remove it from your panel. The Dropbox icon should then appear normally in the notification area.

I had the same problem on Linux Mint 17. The solution for me was

I remove the indicator applet.

I added the indicator applet. Moved it to where it was before.

To get Dropbox integration in Thunar: 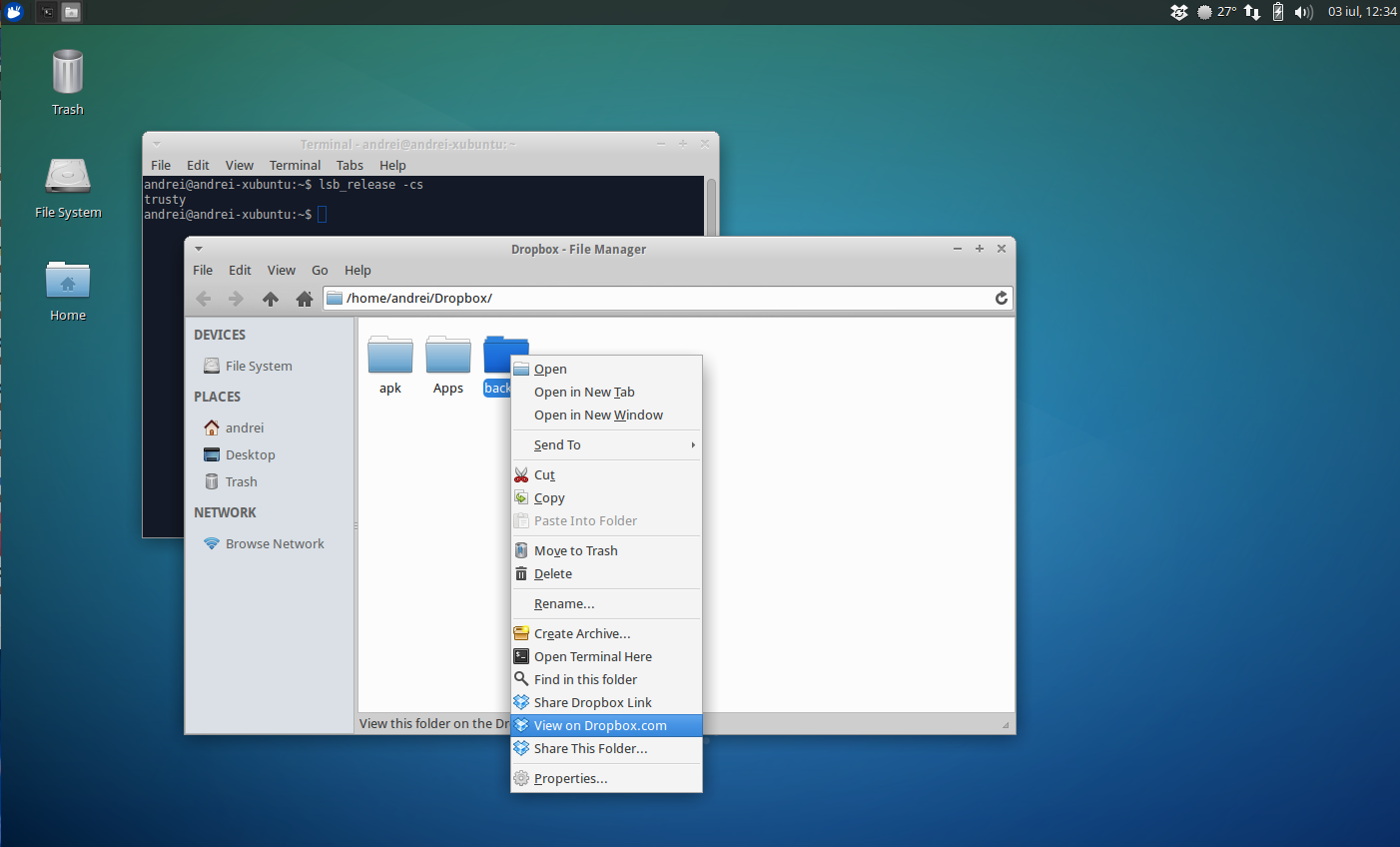 I finally got it working reliably.

Run the following in terminal:

If you use saved sessions, make sure dropbox is not an item in them: Start the session, run dropbox stop and thereafter save the session.

Create an init script for dropbox by running this once in terminal as regular:

Note: env DBUS_SESSION_BUS_ADDRESS= could be replaced by dbus-launch in the above.

Now you can start dropbox by

Then icon should be visible.

The service will be started automatically after next login. The init script starts dropbox in such a way that it is invisible to the session manager and will not be saved in sessions thereafter.

I tested it in 14.04 (that uses Upstart) and 16.04 (that uses systemd). Updating dropbox should not break this fix like it does with some other solutions.

I got some of the ideas from this answer. There is some background information in that answer.

Not the answer you're looking for? Browse other questions tagged xubuntu icons xfce dropbox or ask your own question.