So I am trying to install Atom on my Chromebook running Xubuntu 14.04 (64 bit). I downloaded the .deb from atom.io, but when I ran sudo dpkg -i atom-amd64.deb, it returned:

After this, I did sudo apt-get install gvfs-bin, which returned:

I am also having trouble installing clang-3.5, where it returned that it needs some libs.

Edit -- I've switched to GalliumOS on my Chromebook, which is natively meant to run on Chromebooks and it's worked much better. I'll leave this question up in case if anyone else needs it and thanks for all the responses. 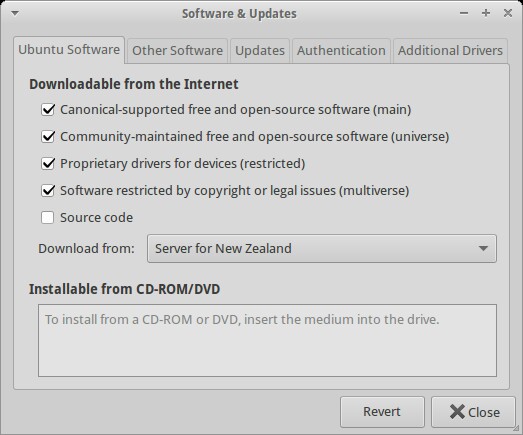 This will open software-properties-gtk and a newsources.list will be created automatically.

Then change the server to US or to any other server of your choice. You must enable repositories from the new dialog in order to create new sources.list.

Try installing from the repository using the following method, works fine for me:

If that doesn't work, run:

That's what worked for me.

Not the answer you're looking for? Browse other questions tagged software-installation dependencies gvfs clang atom or ask your own question.