Are there any Live CD versions of Ubuntu any more?

Is there a CD version that lets you boot without changing anything on the HD's? Everything I find is to big to fit a 700MB CD.

I have an old server that crashed and it only has a CD ROM. I've tried using the USB ports but no luck.

Lubuntu has an iso that is under 700mb. I'm not sure if it has liveCD capabilities though.

PuppyLinux is a distribution designed for this kind of purpose. One of the most recent community releases (Tahrpup) uses the Ubuntu 14.04 LTS packages.

Since you ask on AskUbuntu, here's an answer to what you're asking for.

"boot without changing anything on the HD"

The regular (not the alternate or server) ISOs of major flavors of Ubuntu, whether 32-bit or 64-bit, can all boot live on a machine to test drive without installing.

I personally booted Ubuntu, Xubuntu, Lubuntu from live USB (and in older years, CD) to get a graphical desktop and run some tools, even sometimes on machine without storage.

Most of these ISO are bigger that 700MB. But some Lubuntu ISO are smaller

Updated tend to be bigger. So, if 700MB is a hard limit for you, use an ISO of the first release.

Other solutions considering your need: "old server that crashed"

That said, since you mention rescuing an old server:

Distrowatch offers a filtering interface that may help find what is best for you. Here's an example: Linux + Data Rescue + Under 700MB distributions according to Distrowatch offers 6 options, including the well-known SystemRescueCD

You might check with OSDisc.com. I don't know how many MB their live/install cd's have, but you could email them and ask. They usually run $5.95 to $19.95 and will refund your money. I'm using a live/install Ubuntu on an old Dell Inspiron laptop to get familiar with the os and it works fine, but it was not purchased from OSDisc.com. Hope this helps.

You can alternatively use a convenient tool called Plop Boot Manager. It’s a small bootloader that provides a menu to select the device you want to boot from. If your BIOS doesn’t support booting from USB devices but still detects the devices at boot, this should be all you need. 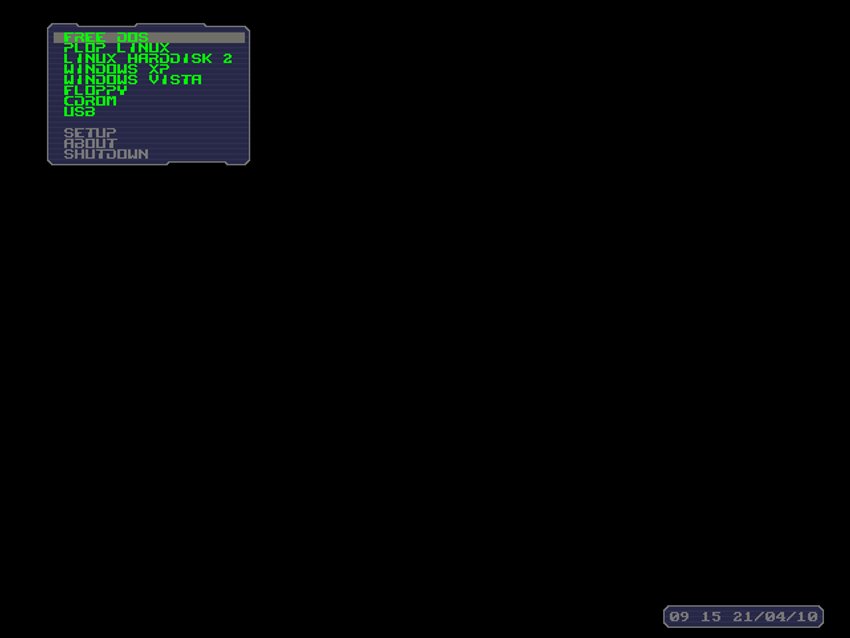 (Taken from the screenshots page)

This is Plop’s interface – you just hit the down key to highlight USB and press enter. On some computers I’ve noticed USB devices are displayed as hard drives, so if that doesn’t work be sure to try drives other than the boot drive (typically the first one).

The download contains an ISO image that any CD burning tool will accept. It's only a few megabytes in size.

Not the answer you're looking for? Browse other questions tagged boot live-cd cd or ask your own question.