I have just followed what was given to me in this question's answer, but in my, case, things are a little strange.

When I say ls /dev/ | grep sd, I get the following screen: 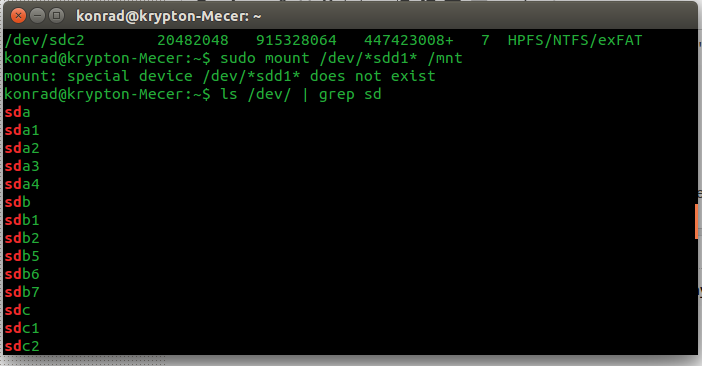 After connecting my external USB HDD, I get this from the above command: 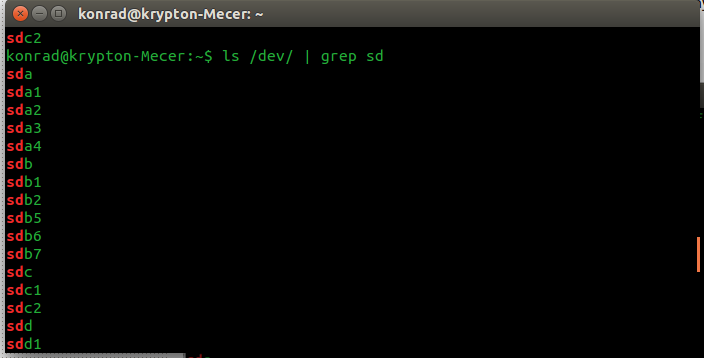 So clearly it picks up my external drive, since now it shows the extra sdd and sdd1. But when I run fdisk -l, it does not pick up sdd and sdd1: 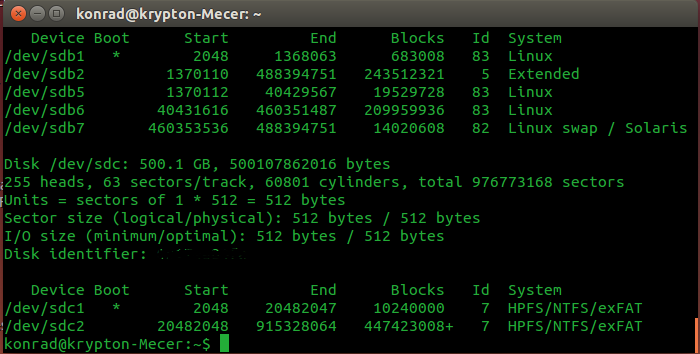 So clearly fdisk did not pick up my external drive. When I run sudo mnt /dev/*sdd1* /mnt, as suggested in the referenced question above, it says special device /dev/*sdd1* does not exist. (Note, also tried this with /dev/sdd1 /mnt, and no luck)

Can anybody shed some light on what's going on with my external drive? It worked earlier today in Windows 10 and Ubuntu, but now for some strange reason it is working in neither Windows nor Ubuntu.

It is a Transcend 1TB external USB drive, and I am using Ubuntu 14.04

After running dmesg | tail, as suggested by Service Manager in the comment below, I get the following:

So this command's output shows my external drive with all its details, but I still cannot access/mount it.

I had a similar experience with a bunch of broken USB sticks. One of them was shown under devices with a partition, but I couldn't access it with gparted or fdisk not even overwrite with dd. Sorry Konrad I assume it's broken.

I had a similar problem, years ago, my solution was easy, the drive was not fully inserted into the adapter.

The drive loose, because the manufacturer "forgot" to use the screw that should hold have the drive in place. Simply moving the drive knocked it loose enough that while the system, with errors, saw the drive it was unable to read or write to the drive.

Not the answer you're looking for? Browse other questions tagged usb mount hard-drive or ask your own question.