When are command options prefixed with two hyphens `--`? [duplicate]

What are the general rules for knowing when command options are prefixed by -- as opposed to -?

Edit: An answer referencing a canonical source, such as steeldriver's is preferred. One suggested duplicate refers to Wikipedia which is okay but probably not as good as a GNU documentation link.

Second edit: I think the title is not my original so if it misleads, I'm sorry, it was not my edit. That probably explains why some comments direct me to the man page.

In general, the single dash - introduces single letter options, where the letter is a mnemonic for the name of the option.

The double dash -- introduces long option names, where the name of the option is a whole word.

AFAIK this convention was introduced in the 1980's by the FSF GNU utilities. Note that the POSIX standard recommends single dash options, except for a double dash to indicate the end of the option list.

- is usually only followed by a single character. This is a heritage from Unix. -- is usually followed by multiple characters (generally words or sentences), this comes from the GNU project. Usually commands (mainly GNU utilities) come with two parameter types, - and --. For example, in the ls command, the -a and the --all parameters do the exact same thing, but one is an entire word and another is a single letter.

Having an entire word as a parameter may be helpful for scripts, for example, because developers can read them and interpret the commands' parameters more easily.

In the other hand, having a single letter parameter may become handy when you are in a terminal and want to run commands faster.

If you're in doubt about the parameters a command can take, you can try a few commands like:

The man command will give a more detailed explanation, but some commands do not have man (manual) pages.

So, - this one is known as option and -- this one is called long option. It basically almost do the same jobs, but you have to defy your options clearly with the later one. 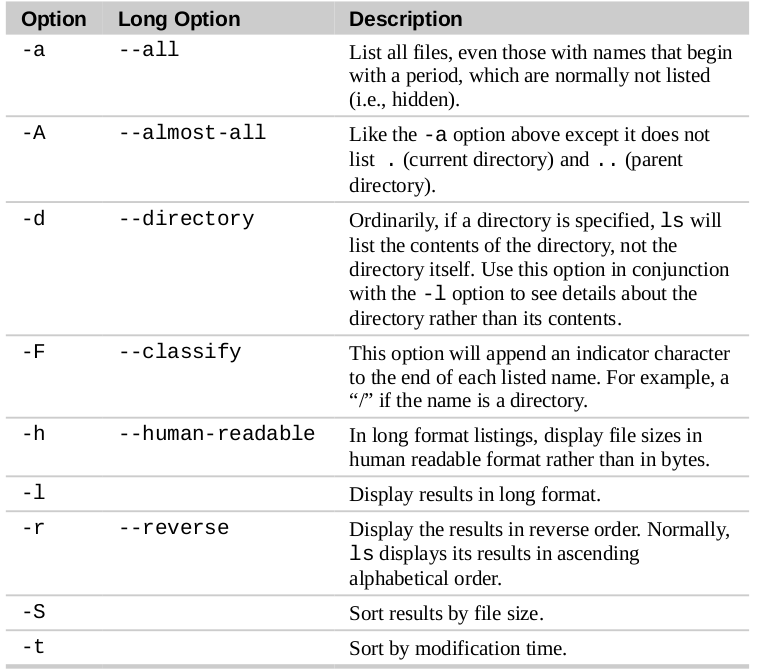 Like @kos mentions, the use of either -, -- or no hyphen at all is up to the choice of the developer of the program.

The command to run the program itself is the first argument (index 0), the second argument (and further) is defined by the application.

An example in python:

will print "monkey" if the application is called with:

If the code is:

The same will happen when the application is run with:

As simple as that. Often, either the use of - or -- is conventional.