I'm trying to completely install Ubuntu 14.04 I'm at the point where is ask for my Ubuntu login and password. Once I've completed that part its says Welcome to Ubuntu and talks about the warranty etc.

Silenthunter is my Ubuntu login username. What do I put for

I don't know what to type in.

That would be terminal, which displays your user name, @, then your computers name. You don't have to type anything in there, it is just waiting for your command.

Do you get a graphical user interface, or do you only see terminal interface?

You've installed the Ubuntu Server which comes with a terminal like this: 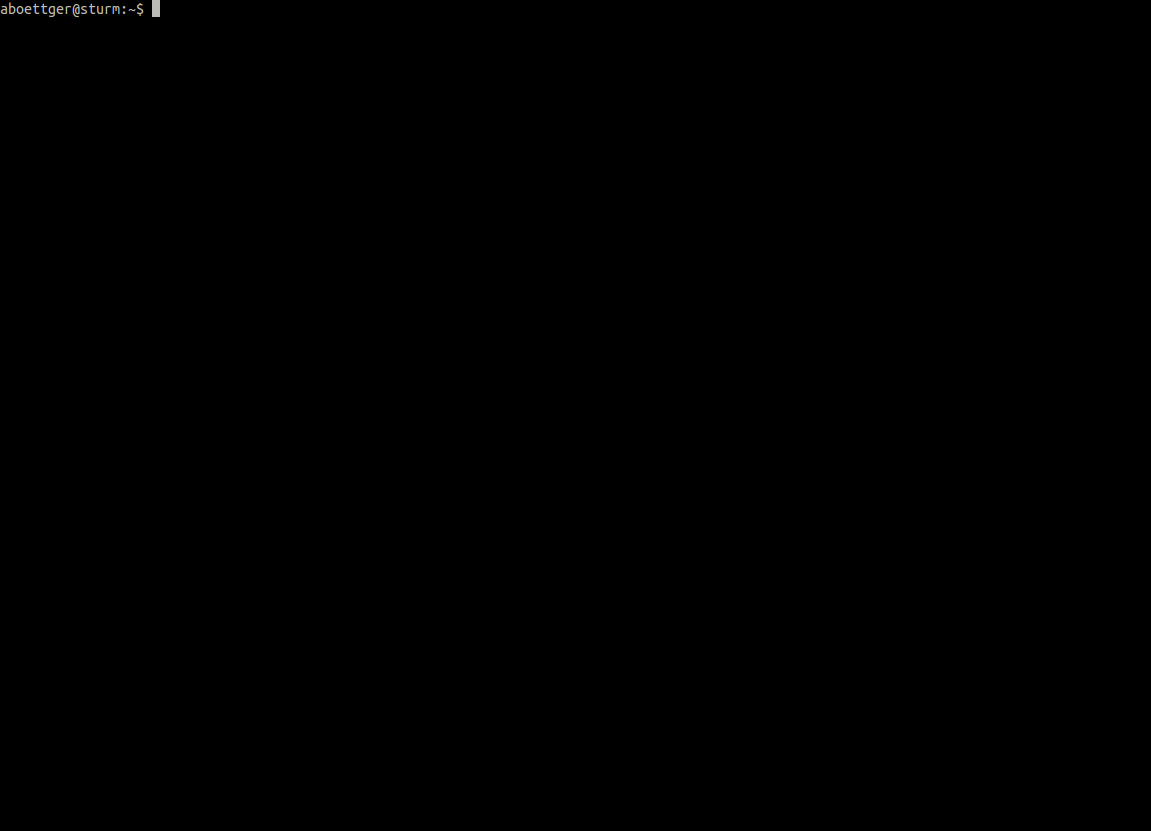 What you want is the Ubuntu Desktop and that looks like this: 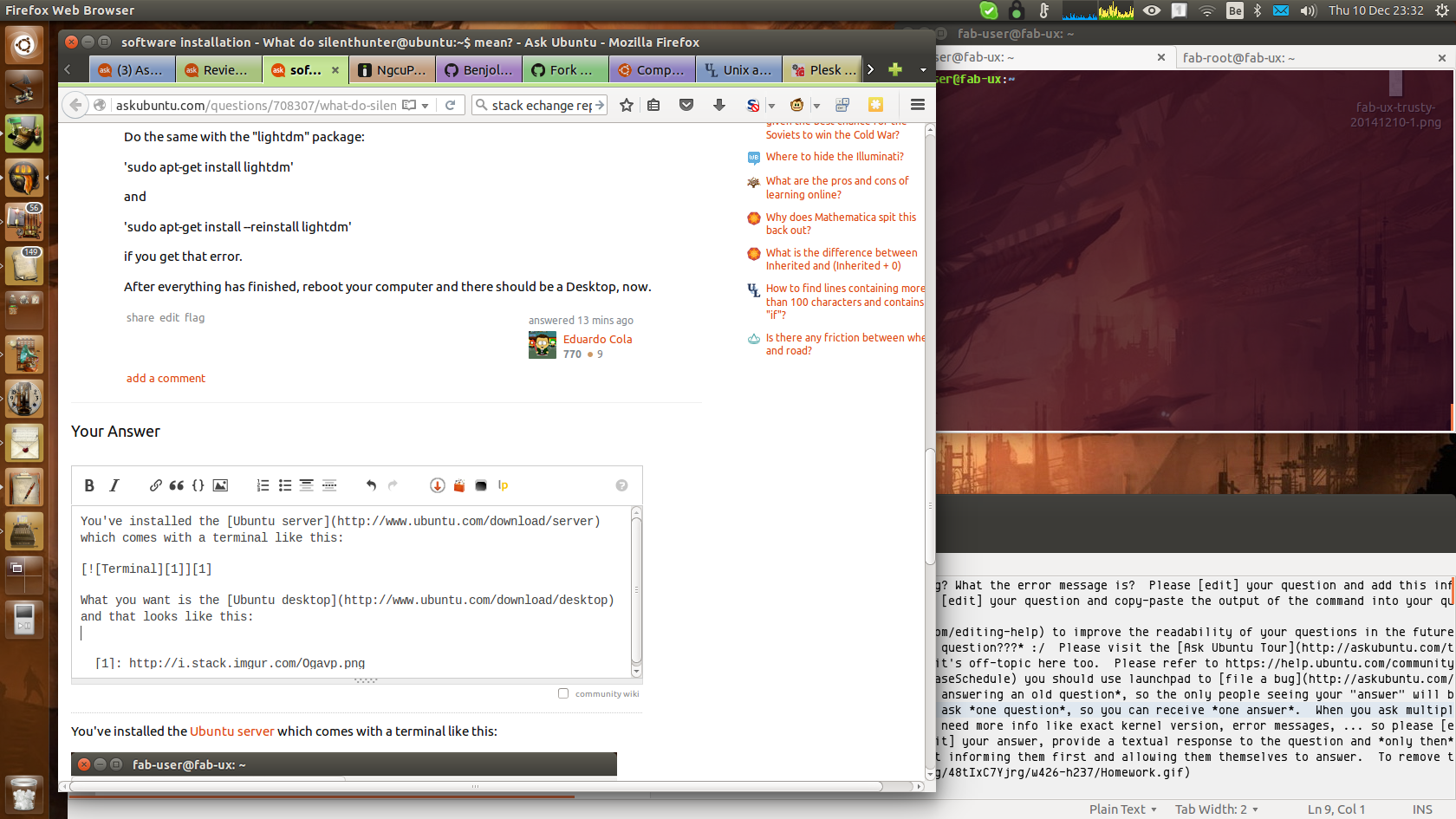 So the easiest thing to do for you right now is to download the Ubuntu Desktop and install that!

Welcome to Ubuntu! Your problem seems very strange, because you should have a GUI if you downloaded the desktop edition of Ubuntu.

This line is an output automatically created by bash (Bourne Again SHell). This is Ubuntu's default command interpreter, and is very common in the Linux world. This output gives you some handy information when executing commands. It's like this:

If you are a normal user, you will see a $ in the end. If you're root (has total power over the computer) you will see a #. Be VERY careful if you see a #.

If you run the command echo $PATH (be careful because bash is case sensitive), you will see a series of paths just like this:

PATH is the name of the environment variable that bash searches the commands from.

Commands are nothing but binaries (similar to Windows' .exe's) located in some specific directories, included in the PATH variable. Every time you run a command, bash searches for a binary with its name in these directories. If the binary is found, it is executed. Some commands also accept arguments/parameters, to modify their actions.

Ubuntu uses a system called APT (a heritage from its 'father', Debian GNU/Linux) to manage packages (software). There are front-ends for the APT system, such as the Software Center and Synaptic. What APT does is download a specified package from the Ubuntu official repositories. These packages have a .deb extension and contain eveything needed to install a program. A binary called dpkg is used to install .debs.

Sorry for the long explanations, but the above content is the basic you'll need to know. Let's get back to your specific case.

For some strange reason, Unity (Ubuntu's default Desktop Environment) is not installed or simply does not show up. Run the following commands, one by one to try to solve your problem (you will need wired internet connection):

You will need your user's password in this command, since it requires root privileges. It won't appear in the screen while you type.

If you get an output like "ubuntu-desktop is already installed", run:

if you don't get this output, ignore the above command and wait for the installation to finish.

Do the same with the "lightdm" package:

if you get that error.

After everything has finished, reboot your computer and there should be a Desktop, now.

Not the answer you're looking for? Browse other questions tagged software-installation or ask your own question.

0
OpenBts installation
13
How to remove 'Sublime Text 3' from Ubuntu 14.04; installed with the instructions on http://www.sublimetext.com/3?
0
Need help in installing 'Development Tools' using 'yum'
1
Issues in installing Popcorn Time 32bit in Ubuntu 14.04LTS
2
Can't install wpa_supplicant on Ubuntu Server
1
How To Install Zoiper
5
How do I install azpainter 2.0.6?
0
Delete link to command to retry ImageMagick installation