I installed Ubuntu on a Dell XPS 13 laptop that had Windows 10 preinstalled on it. I installed it from a USB flash drive on a partition. When I boot my computer I can only boot into Windows 10 and Ubuntu is nowhere to be seen.

If I boot into my USB then I can see that Ubuntu is installed, but I can't get to it from the BIOS boot menu.

Disable the hibernation mode and Fast Boot in Windows.
Open command prompt as administrator and execute :

Open the legacy version of the Windows Control Panel (not the modern version).
Select Energy Settings, enable show hidden settings and uncheck Fast Boot.
After having done this - shutdown the computer completely - do NOT reboot.
Boot into the BIOS and select Ubuntu as the default operating system to boot.

To identify the partition numbers use GParted - it is included in the Ubuntu installation media.
Boot into BIOS and select Ubuntu in UEFI settings to be the default operating system to boot.

Immediately after the motherboard / computer vendor logo splash screen appears when the computer is booting, with BIOS, quickly press and hold the Shift key, which will bring up a GNU GRUB menu screen. With UEFI press (perhaps several times) the Esc key to get to the GNU GRUB menu screen. Select Ubuntu from the GRUB menu and press Enter.

From Ubuntu open the terminal and type:

Open the Boot Repair application and select Advanced Options -> Main Options tab -> check Reinstall GRUB and Unhide boot menu as shown in the below screenshot. Click the Apply button. Then reboot the computer with sudo reboot 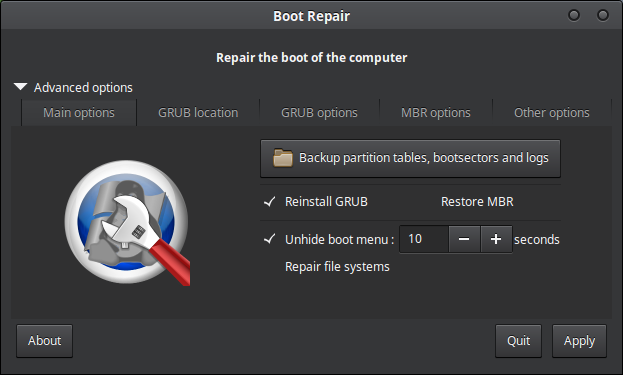 If you have installed Ubuntu in legacy mode on the same drive with GPT partitioning, you can use Boot Repair's Advanced options to uninstall grub-pc and install grub-efi-amd64. That converts the Ubuntu installation from BIOS boot to UEFI boot, the same firmware as most recently manufactured laptops with Windows pre-installed have. 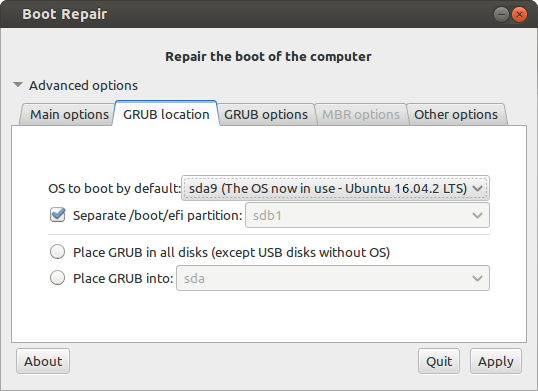 Note: Use this procedure only to convert an UEFI mode Ubuntu installation to boot in BIOS/CSM/legacy mode. Such a conversion may be necessary if some hardware doesn't work correctly under UEFI mode. (Graphics cards are a common source of problems.) Converting to boot in BIOS/CSM/legacy mode while Windows boots in UEFI mode can make the boot process more awkward -- you'll need to use the computer's built-in boot manager to switch between OSs, and some computer's have such poor boot managers that this may be impossible. 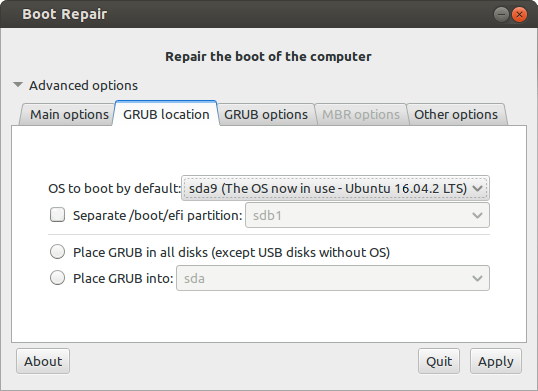 MBR2GPT.exe is a command line tool which is located in the System32 folder in Windows 10. With it you can effectively and non-destructively convert a Windows 10 OS disk from MBR (for Legacy BIOS) to GPT partition style (for UEFI) without modifying/deleting any data on the disk or making a clean installation of Windows 10.

I had the exact same problem. What fixed it for me was this: I have 2 different hard drives installed. It took me forever to figure this out but was solved it was changing the boot priority from the first to the second drive. Probably the boot manager for ubuntu was installed on the other drive so it couldn't find it and booted straight into windows.

I had a similar issue, and it turned out that the problem was that there wasn't a working driver for my GPU preinstalled on the OS. My solution was to enter Recovery mode. At the GRUB menu press the down arrow key until you select the 2nd entry from the top (the entry with the recovery mode in its description) and then press Enter twice.

Now you should see this Recovery Menu: 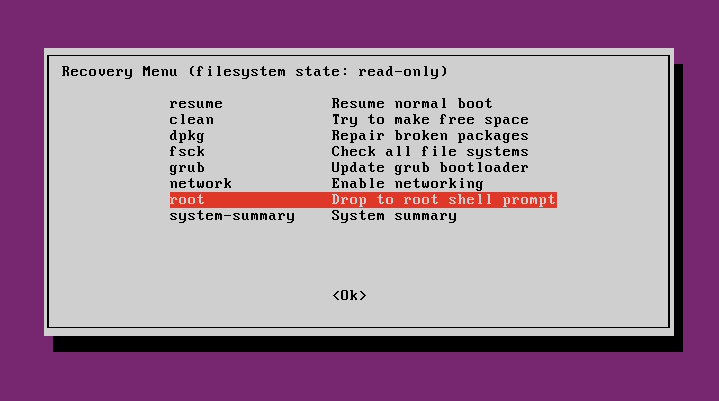 Select the network option from the Recovery menu and press Enter.

Select the root option from the Recovery menu, and then use the command line to run ubuntu-drivers autoinstall && reboot to automatically install the proprietary graphics driver.

Shutdown. Then press F12 on boot and use arrows to choose ubuntu (note lowercase).

Also, you should try shutting down, press F2 to open BIOS/UEFI settings and disable Secure Boot and make ubuntu top priority. Then GRUB can boot Windows.

If that doesn't work check the fast boot settings in BIOS and the power settings in Windows.

What worked for me is selecting OS boot manager in the BIOS boot Options menu and pressing Enter. 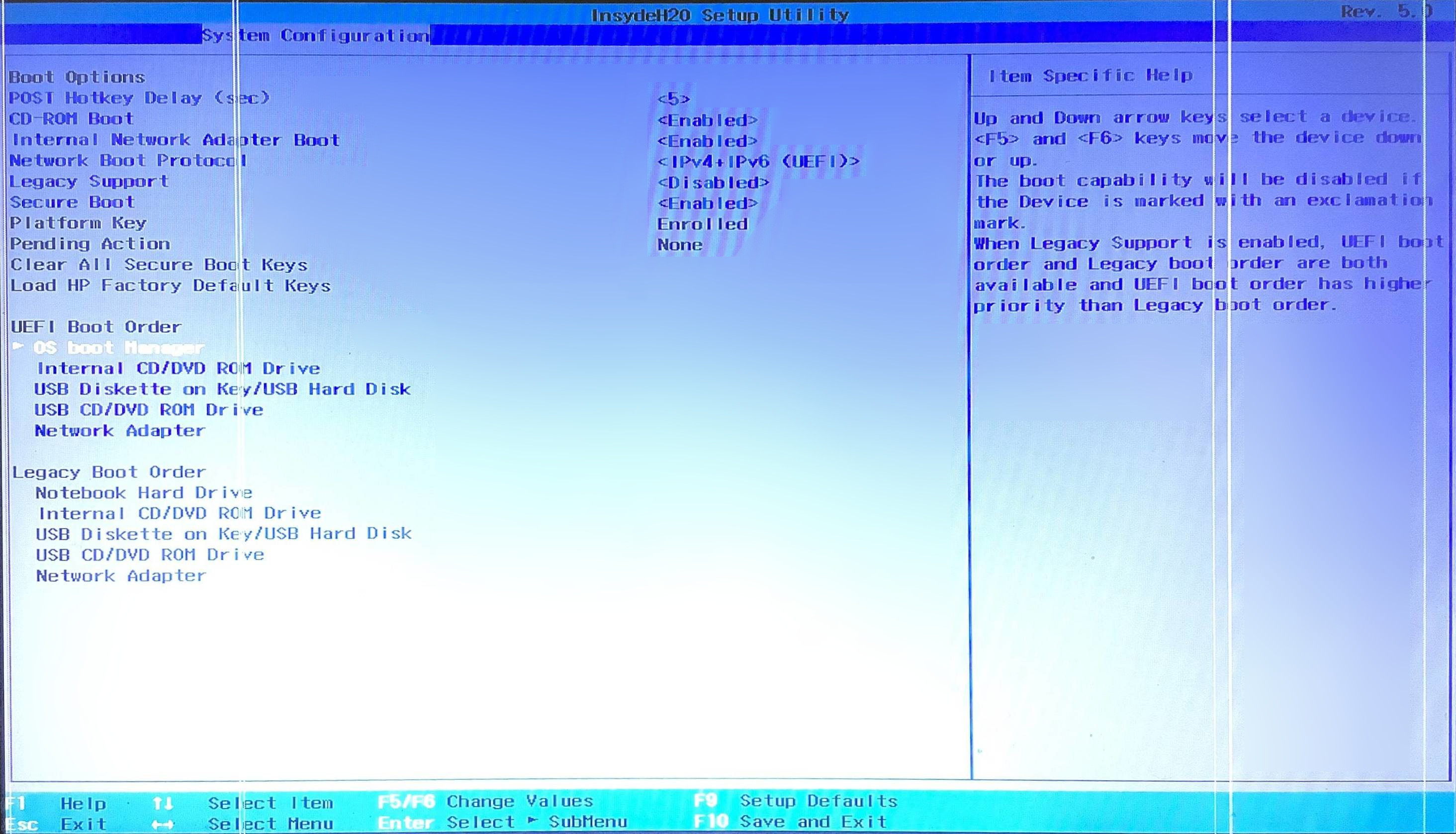 A popup should appear asking whether you want Windows or Ubuntu boot manager. Use F5/F6 to move Ubuntu to the top. 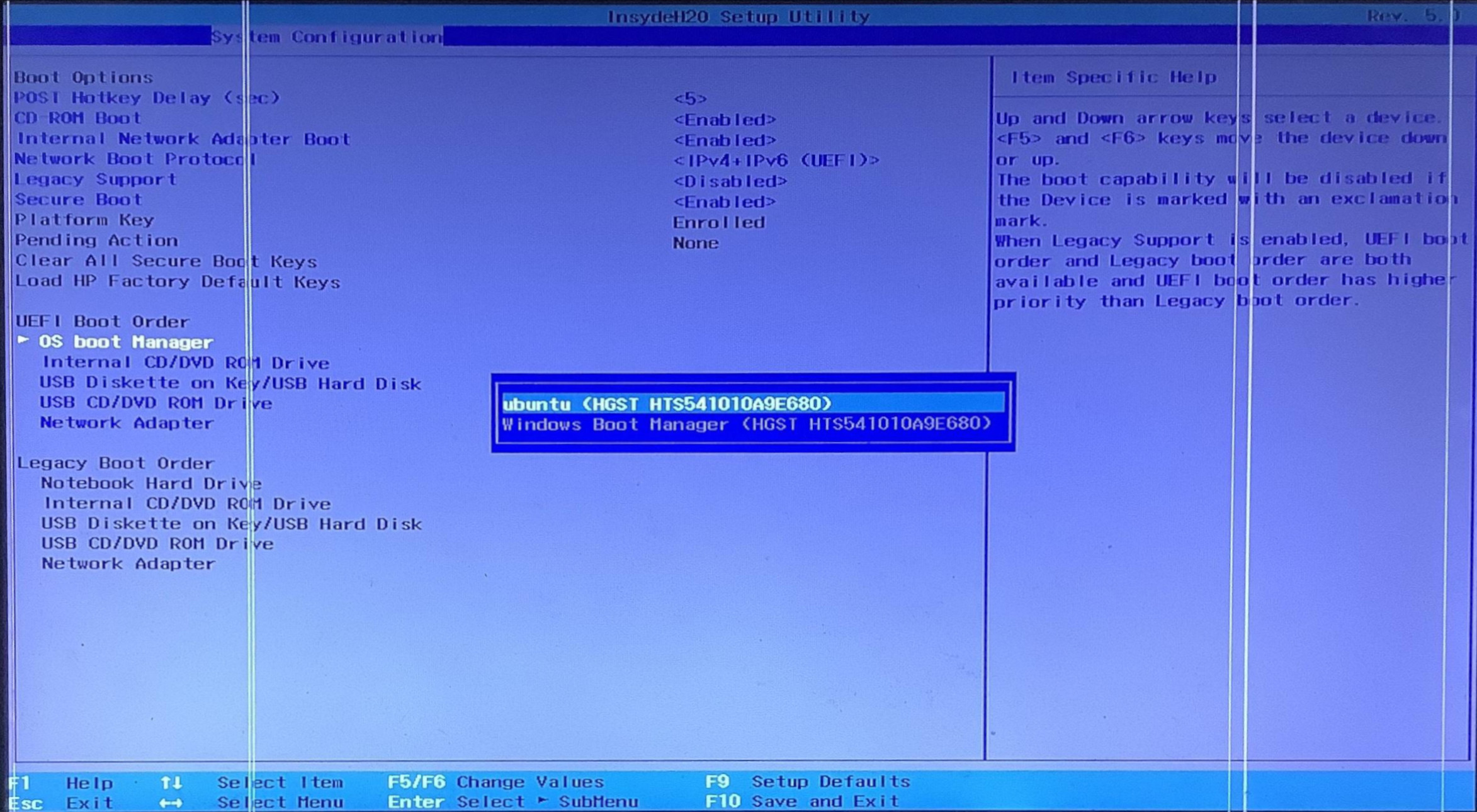 Then exit BIOS by saving settings. It should boot into GRUB after that. Unfortunately none of these other answers worked for me.

Not the answer you're looking for? Browse other questions tagged boot dual-boot grub2 windows-10 or ask your own question.

2
How can I boot into Ubuntu after installing Win7 on the side?
1
Ubuntu 14.04 won't boot after installation
0
Installed Ubuntu alongside Windows 7, can't boot Ubuntu
0
Dual boot Windows 10 and Ubuntu - Can't load Ubuntu
1
GRUB4DOS error after installing Kubuntu 19.04 and replacing GRUB with Windows 10 bootloader on dual boot
0
how to make SSD and HDD dual boot?
0
Ubuntu shows as first priority boot option but keeps loading into windows, which is second priority
0
Unable to repair booting problem
-1
Installed it wrong and cannot uninstall ubuntu
0
Why my computer boot straight into Windows 7 and not boot options?
See more linked questions

1
Dual boot setup, cannot get into ubuntu partition
0
Trying to dual boot ubuntu and Windows 10, but due to a grub problem that I may have caused I can't access Ubuntu
0
Cannot Boot Into Ubuntu with Windows 10 Dual Boot
2
Can't boot Acer laptop into Ubuntu 19.10 after dual boot install