After reinstalling Ubuntu 14.04 LTS, I got strange symbols in the terminal: 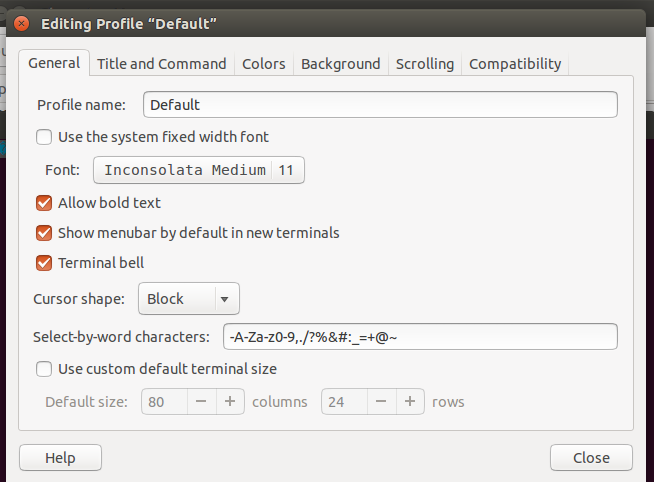 Some fonts seem to be not correctly installed. What fonts are missing?

Perhaps "Inconsolata" font is the missing one, since I could not find it in the "Character Map". Thus I install this font:

Then I can see "Inconsolata" in "Character Map". 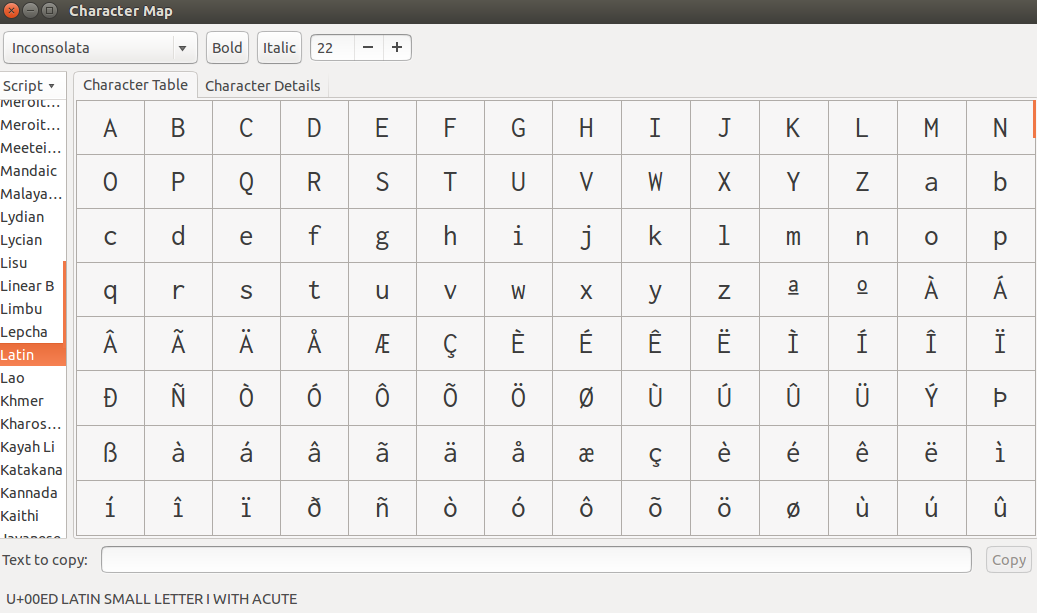 Nevertheless, I still got the ugly symbols in the terminal. And I've tried using the system fixed width font (Ubuntu Mono). Those "?" symbols were still there. Interestingly, those "?" do not appear in Terminator. Since I installed Powerline Powerline Ubuntu, the problem might come from the Powerline fonts. 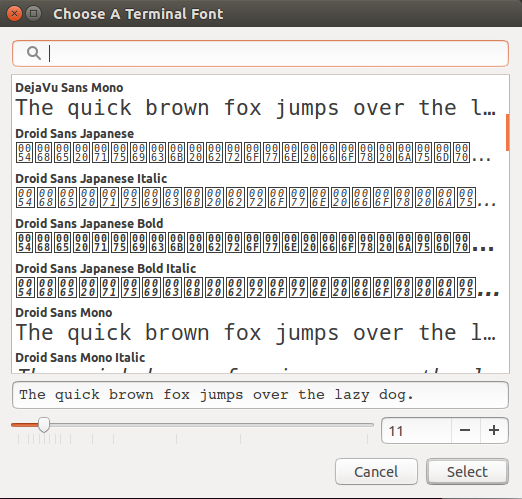 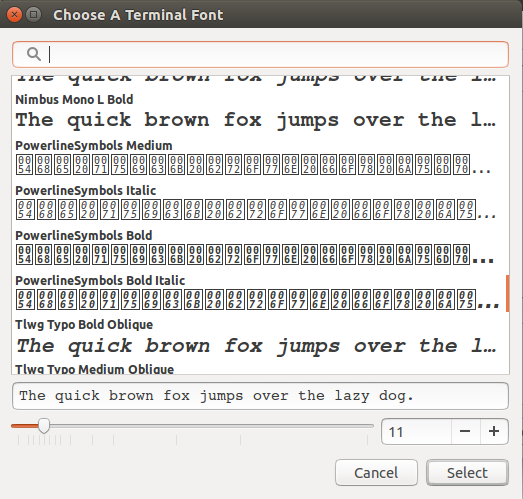 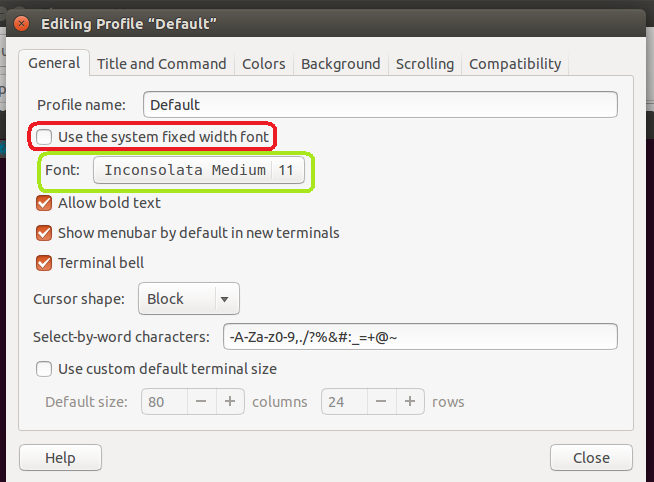 I'm not entirely sure, whether this is the (only) reason for the broken font glyphs, but the selection of a non-installed font most likely causes some problem down the road.

Not the answer you're looking for? Browse other questions tagged gnome-terminal fonts powerline-plugin or ask your own question.

174
How can I install and use powerline plugin?

13
Is there a good mono-spaced font for Devanagari script in the Terminal?
3
Powerline fonts aren't working
1
Courier 10 Pitch font missing after upgrade to 17.04?
1
Can't Use Installed fonts in gnome-terminal