Currently I'm running dual boot system (Windows 10 and Ubuntu 14.04) both booting in legacy mode by windows boot manager. My notebook is hp8560w. My notebook comes with no operating system so I have installed them both myself. I have no secure-boot option in BIOS menu (I mean the menu with system options, I don't know how to call it exactly because it's written at startup as "F10 Bios Setup" but I read somewhere that UEFI completely replace BIOS, so I'm confused a little about terminology). 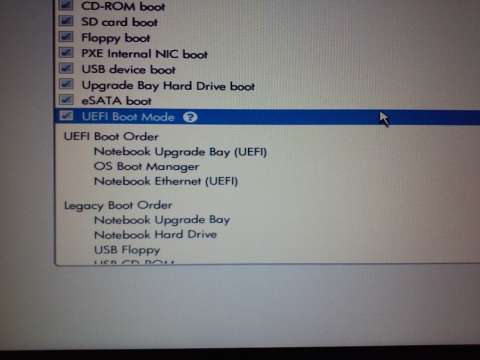 So I assume that my motherboard supports it. 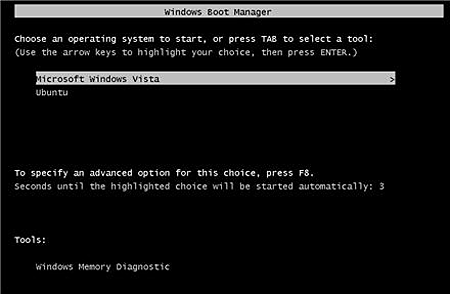 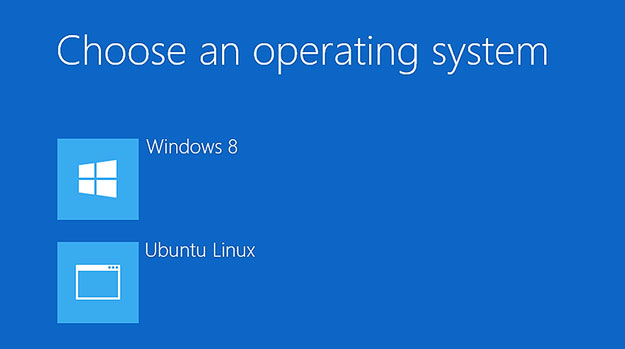 Note: these are not exact screens of my boot managers, my entry labels are the same, I just want to show the look.

Can someone explain to me what happens.

Any useful answer will be appreciated. Also sorry for my English I'm not a native speaker.

First, terminology: EFI/UEFI is a replacement for BIOS. They work in completely different ways, although some EFIs (especially early ones for PCs) try to emulate the look of the BIOS configuration menus. Unfortunately, many manufacturers refer to their EFIs as "BIOSes." IMO, this just creates confusion, because people drag in their BIOS assumptions, and as often as not, they end up making mistakes as a result. I suspect, but do not know for a fact, that manufacturers chose to do this because it's a sort of shortcut -- people who are even slightly computer-literate know what a BIOS is, so it's easier to just call an EFI a BIOS (because they fill roughly the same role) than to explain what an EFI is.

One extra point: Most EFIs on x86-64 computers provide a feature called the Compatibility Support Module (CSM), which enables the EFI to boot using BIOS-mode boot loaders. This feature is provided as a convenience and a means to help bridge the gap as OSes slowly add EFI support; you can boot DOS, Windows XP, BeOS, NetBSD, and so on using a CSM on an EFI-based computer. You can also boot Windows or Ubuntu using a CSM, although both of these OSes also support EFI-mode booting.

As to what you're seeing, it's possible to switch between EFI/UEFI-mode and BIOS/CSM/legacy-mode booting of a single OS installation. This requires having both EFI-mode and BIOS-mode boot loaders installed. This is relatively straightforward to do for Ubuntu, if you know what you're doing. Windows, though, pretty much ties its boot mode to the partition table type -- an MBR partition table dictates a BIOS-mode boot and a GPT dictates an EFI-mode boot. At least, that's been my understanding. I recently encountered a report of somebody who claimed to have Windows booting in EFI mode from an MBR disk, but he had no idea how this setup had been managed. I suppose there's a chance that you've stumbled into a similar situation, which enables you to switch between EFI-mode and BIOS-mode booting. Another possibility is that you're not changing boot modes but you're switching something that's causing the boot-time graphic to change.

If you have stumbled into a way to easily switch the Windows boot mode, the reason it's not doing the same for Ubuntu is that you need to have both BIOS-mode and EFI-mode boot loaders installed for such switching to work, and you've presumably got just one (probably for BIOS mode) for Ubuntu.

I must advise you that you're heading into potentially dangerous territory, especially if you're really switching between EFI-mode and BIOS-mode booting. Such switching for Windows is not commonly done, so you're unlikely to be able to find any help if you take some extra step that causes it all to stop working. On the Ubuntu side, attempting to install an EFI-mode version of GRUB (assuming you've got a BIOS-mode install now) could lead to problems, since they might both try to use the same configuration file, but require slightly different options. To top it off, a lot of HPs have broken EFIs that tend not to honor their boot manager entries, which can complicate dual-boot scenarios. Thus, if you switch completely from BIOS-mode to EFI-mode booting, you may be in for a struggle to get it working properly.

In sum, pay careful heed to the saying, "if it ain't broke, don't fix it!"

Normally, people see a GNU GRUB menu when they dual-boot. But in your case the Windows boot manager took precedence and thus, you see that screen. That's nothing to be tensed about. It is not changing to UEFI.

Regarding the speeds of booting, just do a restart in your Windows system and you will see that it also takes a long-time because in Windows (starting from 8) when you shutdown, it doesn't shutdown completely but instead shutdowns hybrid manner, i.e., half shutdown and half hibernate. Thus, when you power on your PC, it boots up at an amazing speed.

Ubuntu doesn't support this type of startup thus, it boots in the traditional way (Windows 7). And, so, is slow.

Not the answer you're looking for? Browse other questions tagged boot dual-boot grub2 windows uefi or ask your own question.