I have Debian 8.1 in my system now and the Ubuntu 14.04 LTS as ISO image. I know these pieces of advices for OSX here about making bootable usb in OSX.

I did not manage to install unetbootin in Debian 8.1. Also, copying byte-wisely did not work. I made Windows 10 disk and opened the .iso image there. This way, I managed to install Ubuntu 14.04 but it required also ruining the Windows 10 installation; meaning two times work, since using other system to start the system. However, it is frustrating that I could not create easily Ubuntu USB where the system would boot.

I get now this after an unsuccessful try 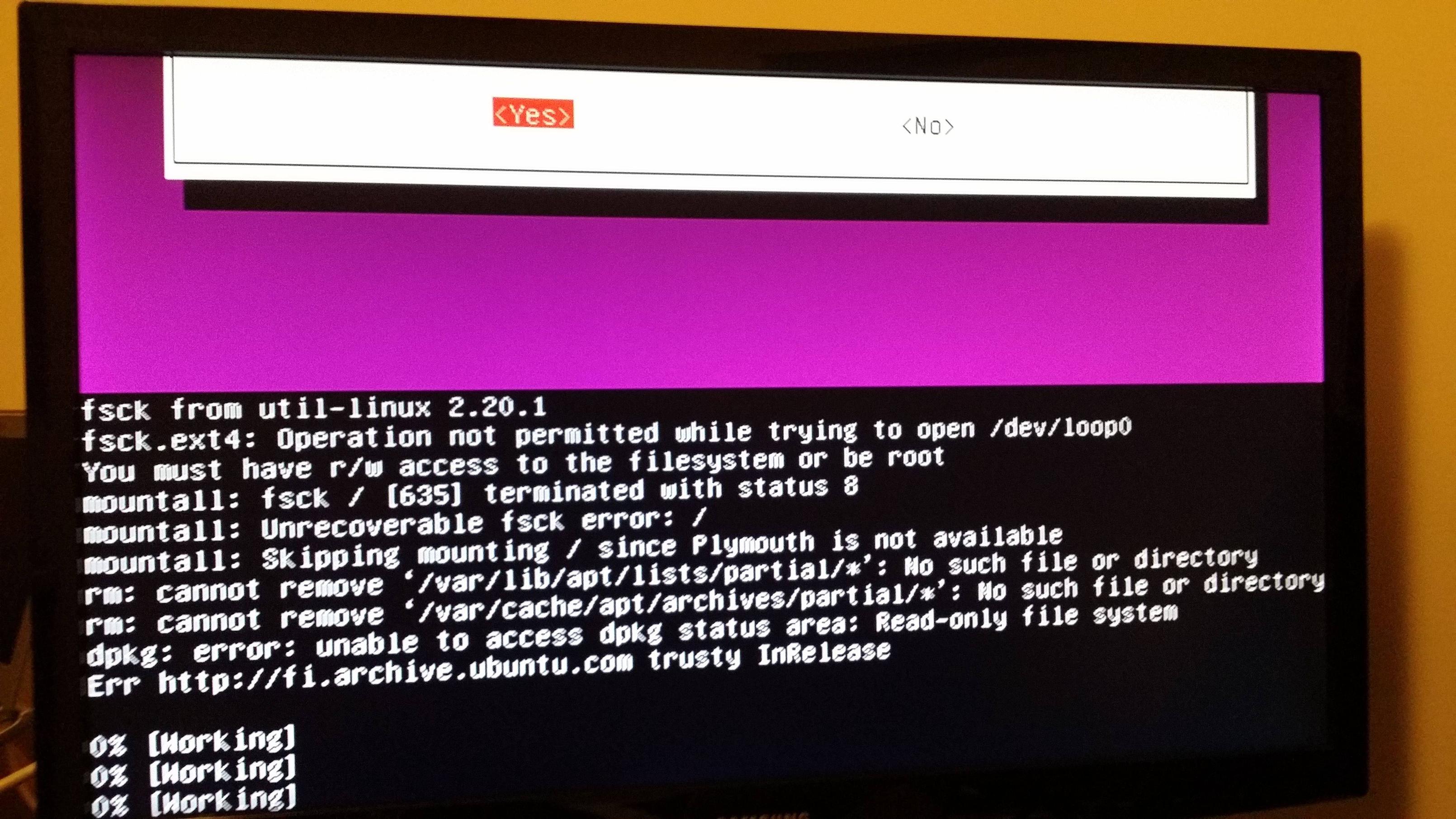 There has to really be better options installing Ubuntu 14.04.

Reject USB and burn the image to DVD. However, this is not an answer to the question.

Be careful with the dd command! Many people have lost their data with that one.

Pretty sure the step is mentioned in that link:

Where /dev/sdX/ is the /dev/ path to the disk you are writing to.

To create a live usb of any linux distro download unetbootin form here:

Download the distro with unetbootin or download an iso from the homepage of the distro. You already downloaded ubuntu 14.04 so you can use that.

Follow the instructions in the link and create the live usb.

Based on Prahlad Yeri's answer and the Debian GNU/Linux Installation Guide instructions on how to copy the iso image to a usb key.

To boot in your USB key, you might have to change the BIOS setup, and change some options such as enabling legacy boot, and disabling secure boot.

Not the answer you're looking for? Browse other questions tagged 14.04 boot system-installation usb or ask your own question.

1
speaker not working no sound

0
How to make bootable pendrive to install ubuntu os?
11
How to make Ubuntu ISO bootable on a USB stick with OSX?
1
How to install Ubuntu 14.04 LTS on Windows 8?
2
How do I install Ubuntu from USB in debian?
1
Can I make a Bootable USB with an ISO something other than a LIVE ISO?
3
Write Ubuntu iso image to USB
0
Program compatibilty assistant warning after Unetbootin makes bootable USB
1
How to copy symlink files from the ISO Ubuntu installer to a usb stick ( for uefi machine )?
0
Create bootable USB stick on macOS - stick does not appear as bootable