I tried to install elementary-desktop alongside unity on Ubuntu 14.4. I faced some problems so I unistalled it and removed the repository but now I when I open Uget download manger all I have is a blank window ( look at the picture ) : 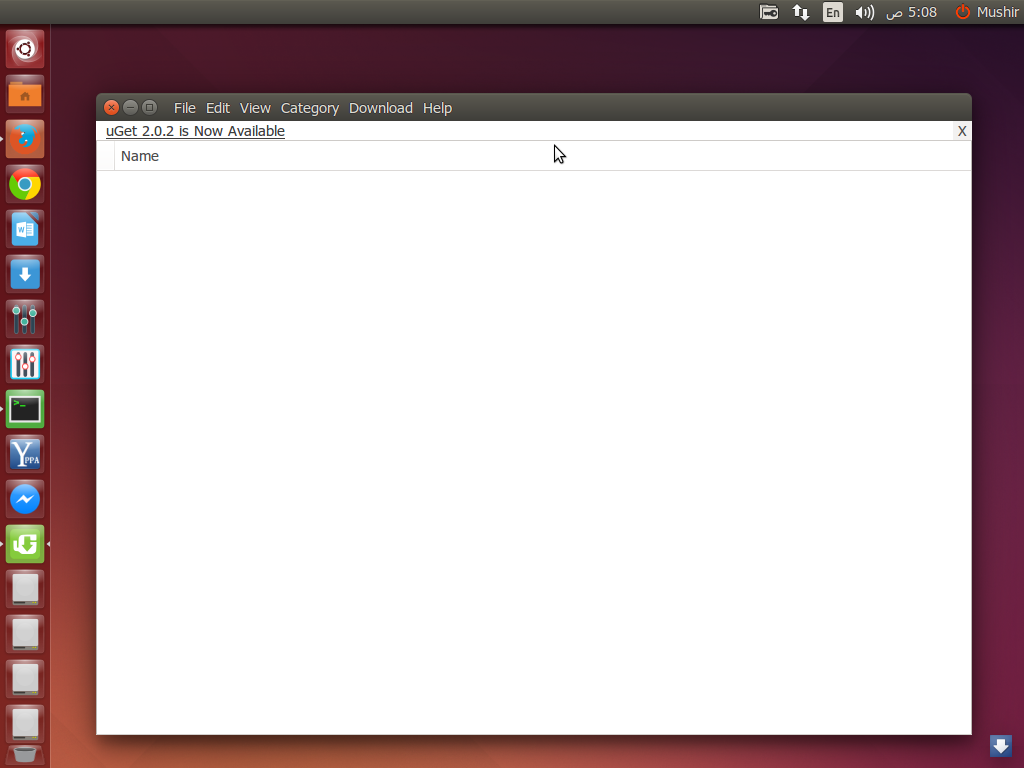 here is the terminal output for uget-gtk :

Essentially, what just happened is Pantheon replaced the existing GTK packages and config files. It also seems to have replaced some GTK modules with Pantheon modules which as you've removed are now completely gone.

I'd suggest saving all of your files and settings that you want to keep before continuing. Once that is done, try uninstalling ubuntu-desktop which will break more stuff but since we have a backup it's ok. Then reinstall the ubuntu-desktop package again to let it reset the stuff that elementary broke.

This is not a guaranteed fix but theoretically it should work. If all else fails a reinstall of the entire system would put it back to a usable state. Then you would move your backed up files back onto the new install.

Not the answer you're looking for? Browse other questions tagged unity uninstall uget or ask your own question.