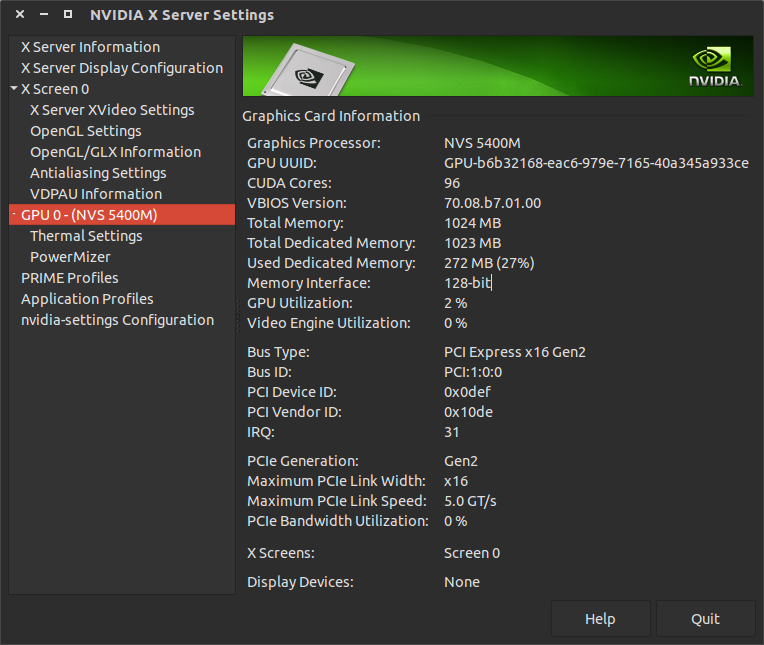 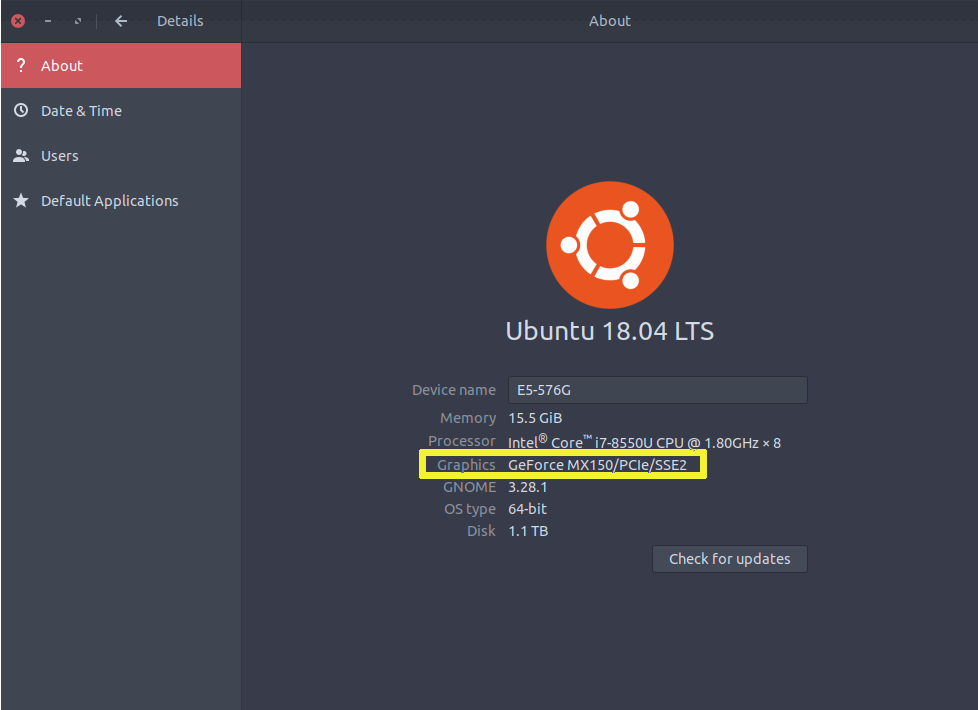 I suggest nvtop tool, it is easy to watch in real-time. It also shows in a graph.

3
How to check which graphic card is used by the system?
1
Two graphic cards - how to check which one is used, and how to ensure that the right one is used?
314
How to get the GPU info?
302
How do I find out the model of my graphics card?
57
How to perform a detailed and quick 3D performance test
36
How to verify CUDA installation in 16.04?
14
How do I get Ubuntu to recognize my nvidia graphics card?
13
Ubuntu 17.10 boot stuck at message "Started NVIDIA Persistence Daemon" after installing nVidia 384.90
12
How to make OpenCL work on 14.10 + Nvidia 331.89 drivers?
11
Is Ubuntu recognizing and/or using my NVIDIA graphics card?
See more linked questions

1
Do I need nvidia driver for Dell Inspiron 5720?
0
Why are my launcher and panel all glitchy when I open dash since updating my nVidia drivers?
0
MSI GS60-GTX965 - Unable to get Bumblebee to run properly - Could not load GPU drivers
3
how to get vdpau hardware acceleration using ffmpeg on ubuntu?
0
16.04, kernel 4.15.0-33, Audio device: NVIDIA Corporation Device 10f1 - no sound
1
Intel graphics card not bound to driver after NVIDIA driver installed Ubuntu 18.04