My dad has a POP email account, and has been using Evolution to manage it since Karmic or Lucid (with no problems). After upgrading him to Oneiric a couple days ago, when I opened evolution, it asked to convert his mailbox format because the format had changed. (I think it wanted to switch from mbox to MailDir, but I can't remember.) I allowed it to convert—that was my only option—but now whenever he sends mail he gets this popup (screenshot at end of post):

Your message was sent, but an error occured during post-processing.

The ls listing at /home/shopmaster/.local/share/evolution/mail is:

Launchpad bug #850106 also deals with this issue, but I thought Ask Ubuntu might be a good place to get answers as well. 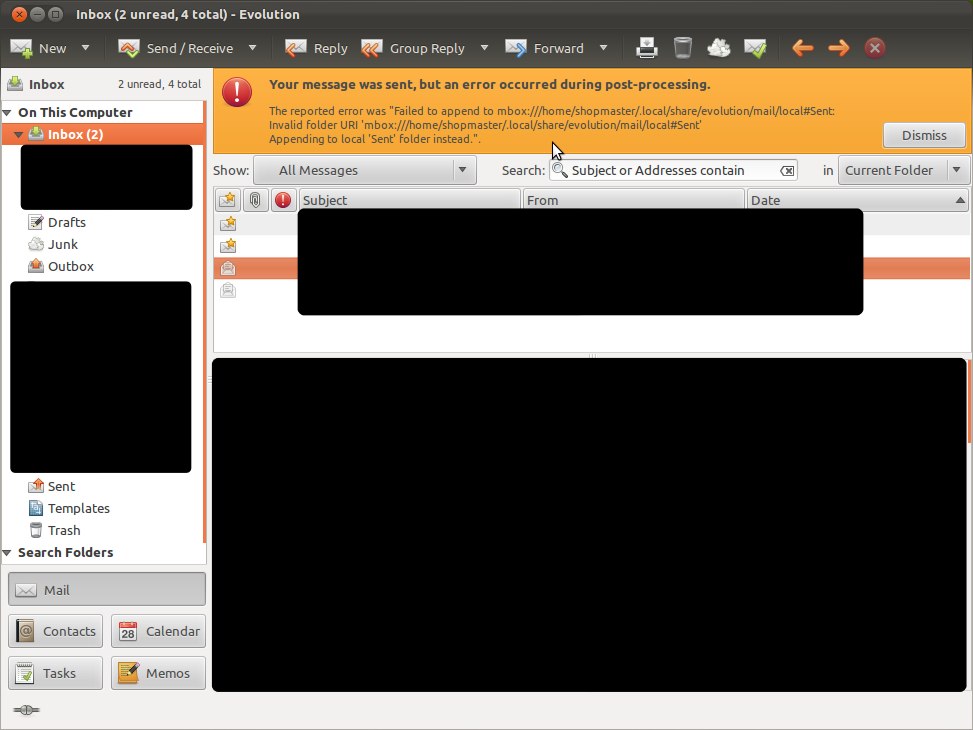 If the error message "Your message was sent, but an error occurred during post-processing. The reported error was "Failed to append to mbox:///home/user/.local/share/evolution/mail/local#Sent: Cannot get folder 'Sent': folder does not exist. Appending to local 'Sent' folder instead."." is shown, you can fix the problem by editing your default folder settings:

This bug is fixed in Evolution versions higher than 3.0.2 (stable s> eries) and 3.1.3 (unstable development series). If this is not the case, please add a comment to the corresponding bug report.

Not the answer you're looking for? Browse other questions tagged 11.10 evolution mbox maildir or ask your own question.