How do I get rid of a ghost printer in Gnome?

When I try to print from a Gnome application, the print dialog has non-functional printer listed. It is called "duerqxesz5090 -- Basement Utility Room -- Rejecting Jobs". Here is a screenshot of the Gnome print dialog box: 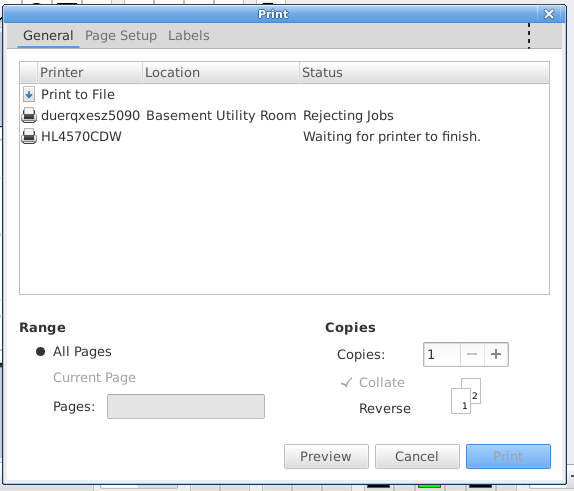 How can I find out where this non-existent printer is listed on my system and remove it?

I've tried searching for it in various places, but none of these return any results:

It turns out that this printer isn't installed anywhere on my system. This is Gnome auto-discovering my Brother laser printer (the one that is installed as HL4570CDW). So it ends up that the same printer shows up twice on the list (but only once functionally.)

I discovered this because I noticed that my printer's administration web interface said that the printer was located in the "Basement Utility Room" which exactly matches what the Gnome programs were saying. I figured out how to change that setting. Once I updated the printer to say it was in the "Office (1st Floor)", the dialog immediatly changed to say so as well:

If I unplug my printer from the network and try to print from a Gnome application, the "ghost printer" no longer appears. If I plug the printer back in and try to print it re-appears on the list.

I went into the printer configuration and disabled network services one at a time until I found the one that was causing the printer to magically appear (although non-functional.) The culprit is IPP. If I disable IPP services on the printer (and reboot it), then I no longer get the ghost printer even when the printer is on and connected to the network. 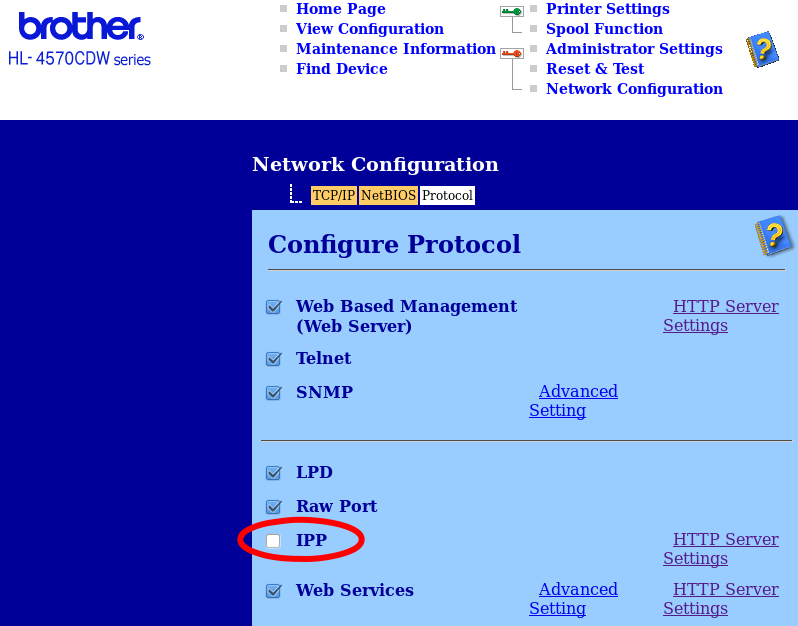 When IPP is disabled, you can still install the printer as LPD or raw socket. However, IPP may be important for printing from other platforms such as Windows and Mac.

In the end it appears to be a bug that a printer discovered via IPP is non-functional.

To stop programs from showing auto-discovered printers in the print dialog, you need to reconfigure the avahi daemon service as detailed in this answer to How do I disable automatic remote printer installation?:

Once I configure avahi like this, I no longer see this ghost printer even when the printer is available with IPP.

I had a similar problem:

The bottom printer is from an older installation. I edited the file:

So I deleted the second entry...

A reboot is necessary for changes to take effect.

There is also a printer definition file in /etc/cups/ppd: 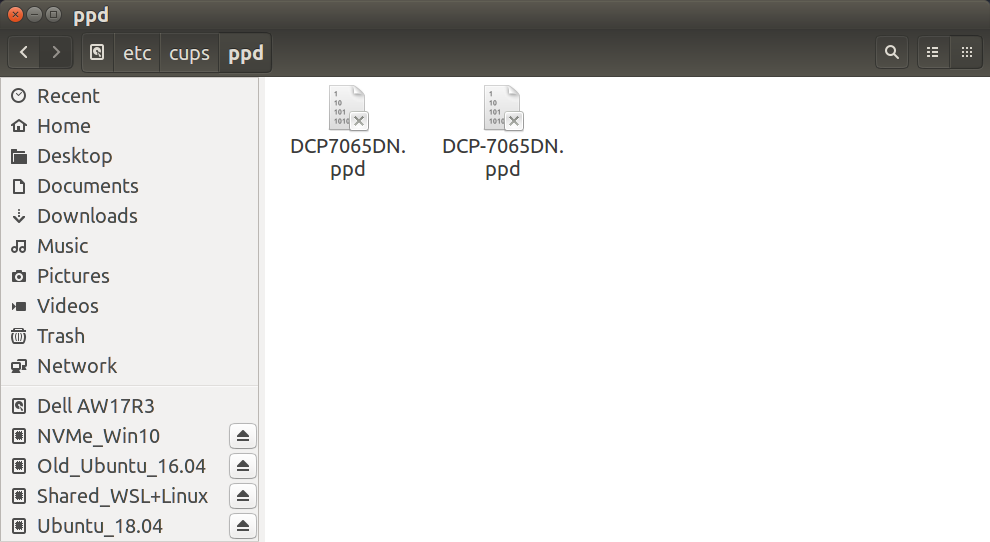 So I removed this file too:

Not the answer you're looking for? Browse other questions tagged gnome printing hardware or ask your own question.

36
How to add a printer in gnome-shell
2
How do I get an HP 1018 laser printer to work on 12.04?
0
How can I get rid of the GNOME volume overlay?
0
Get rid of GNOME Desktop Environment
1
Can't get rid of gnome classic panel
0
ghost printer entry in printer dialogue after frozen installation process
2
Why does the system display this printer twice after I removed it?
1
Get rid of a ghost printer