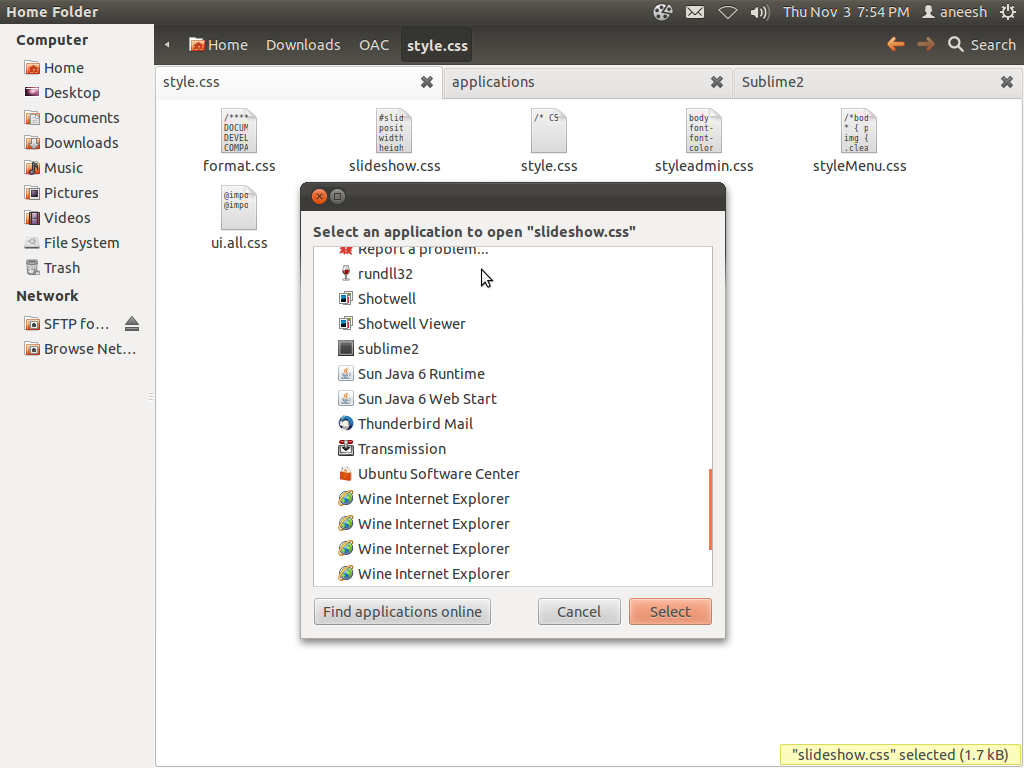 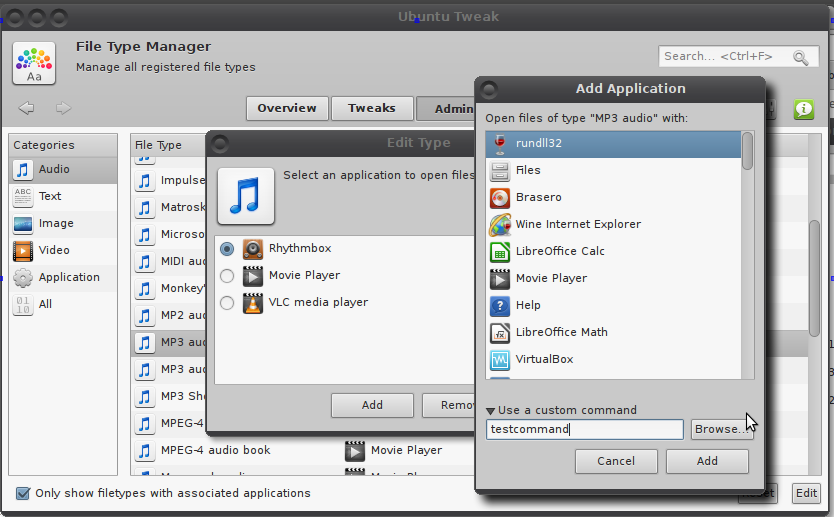 0
ubuntu 12.04 how can I gain access to arbitrary applications in Nautilus' "open with" dialog
1
How to add programs to the open with menu?
0
How to reset default app for filetype?
1
How do you select an arbitrary application to "open with"?
78
How do I add a launcher for .sh applications?
59
How do I install Ubuntu-Tweak?
18
How to escape spaces in .desktop files Exec line
31
Creating .desktop files to use on the "Open with other application" tab
8
How do I find and delete duplicate music tracks?
3
Unable to choose default application
See more linked questions

1
How can I tell GNOME to execute a custom command, CLI-style?
7
Why can't I make a file association in Nautilus?
16
File / Application association using a custom command is gone?
7
Where did "Open with" (user defined command) go?
6
How to add "open with custom command" option in right click menu of Nautilus
1
Where is the "Search" place in the file open dialog?
0
Add custom command in the open with dialog? - Ubuntu 16.04 Xenial