No sound in totem

When I play audio files with the default application (totem), nothing can be heard (but the "disco effect" animations are active). Sound is not muted in totem and in fact is pushed up to the fullest. Opening the same sound file in audacity and playing it there works. There doesn't seem to be any place in totem where I could have misconfigured something. What could be wrong?

EDIT: The problem is apparently not related to audio file type. All the following files can be played from within audacity for example and are mute in totem:

There are two separate locations where an individual application's volume can be controlled, and if either is muted, no sound will be played. You say that the volume in Totem is set to maximum, but there is another place where it can be controlled. If you check Sound Settings, you'll notice that the rightmost tab is labelled 'Applications'. In the case that Totem is shown muted in this control, it is still possible to independently adjust the volume within the application, but you will not get sound output.

This image shows Totem with the volume up, playing a song. The visualisation is going, and you would expect to hear sound. 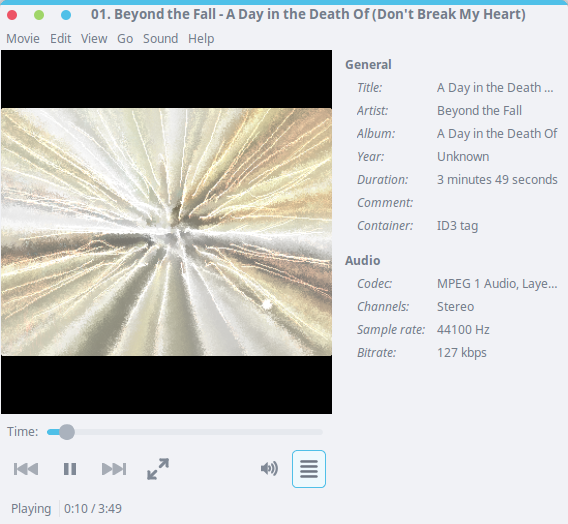 This image shows the Sound Settings with the computer volume on, but the application volume for Totem (Videos) off. Even though inspection of the volume from within Totem would suggest that the music should be playing, nothing gets to the speaker because of the mute control here. Note that Totem has to actually be running, or a volume control for it won't be visible. 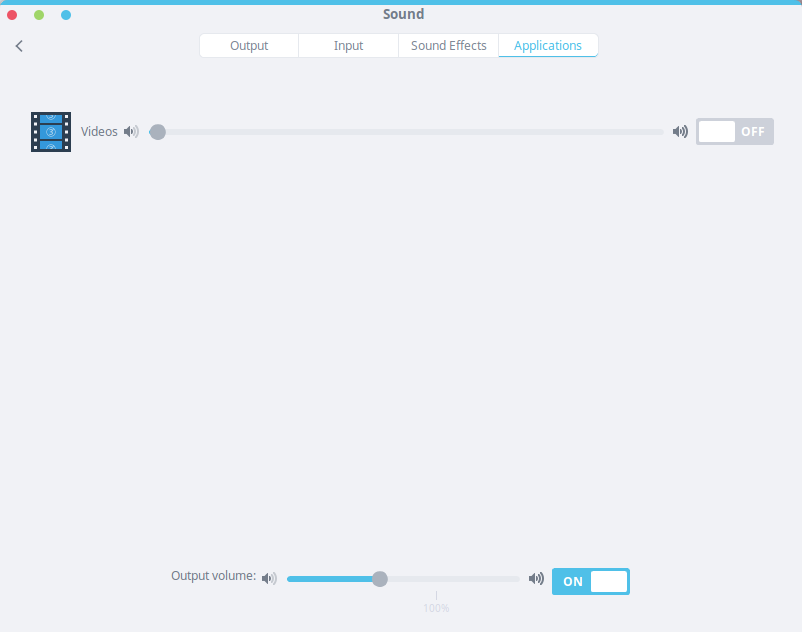 Install the "pavucontrol" app, and use it to see the output levels from Totem, then you can reset the output device for Totem to the correct one. Once this is done it should be persistent.

For some reason Totem was outputting though an hdmi port even though the system output device was the main speaker, switching the output to the hdmi and back made totem output to the correct place again.

Not the answer you're looking for? Browse other questions tagged 14.04 sound totem or ask your own question.