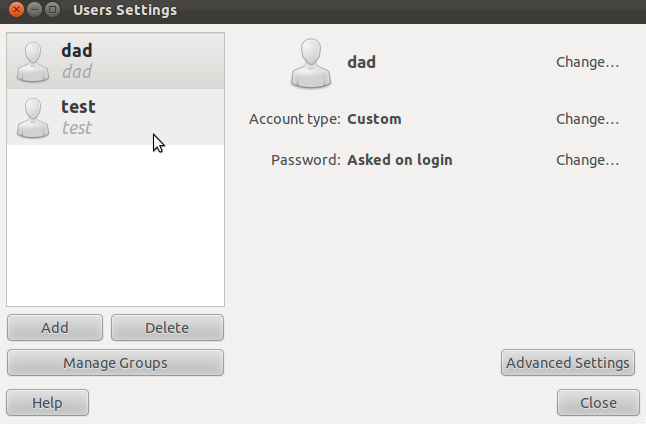 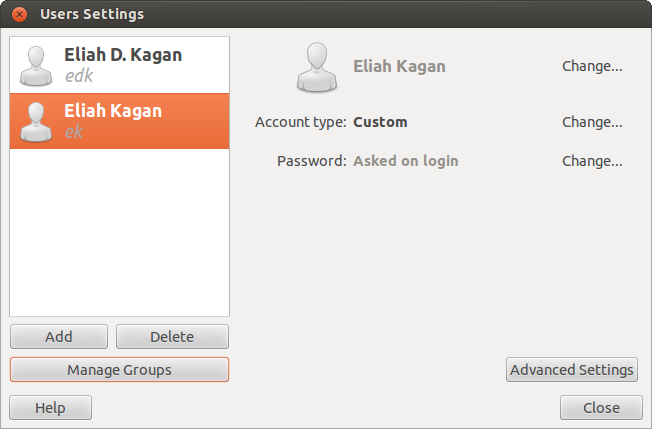 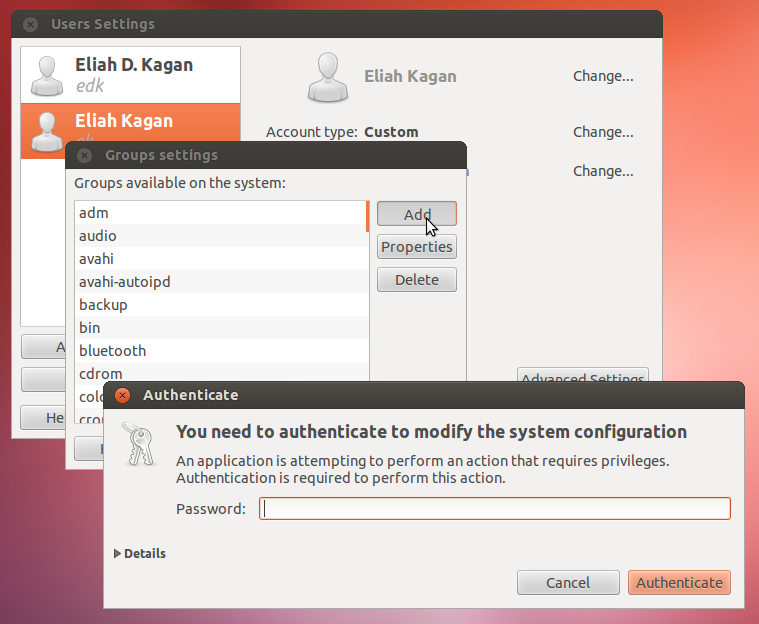 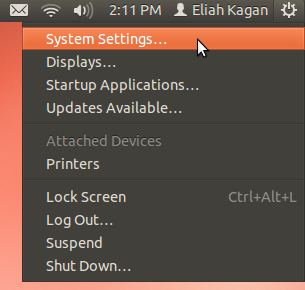 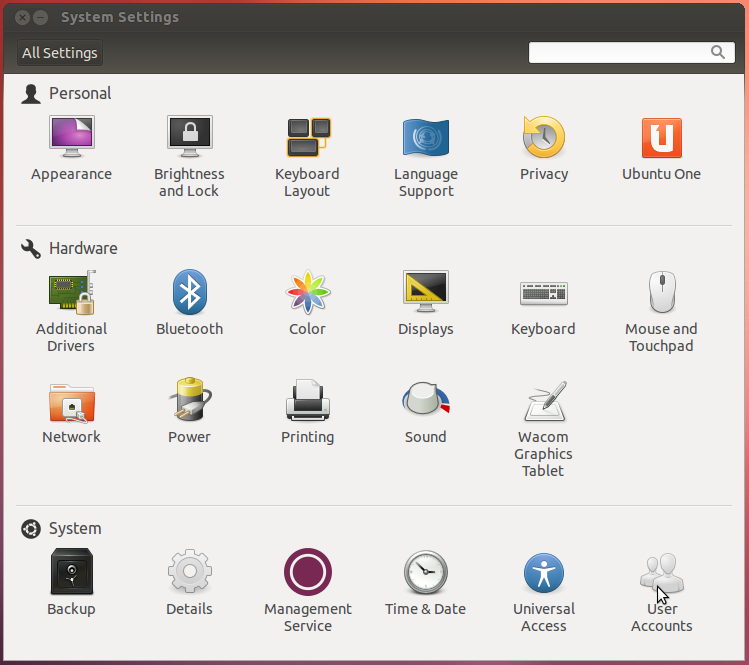 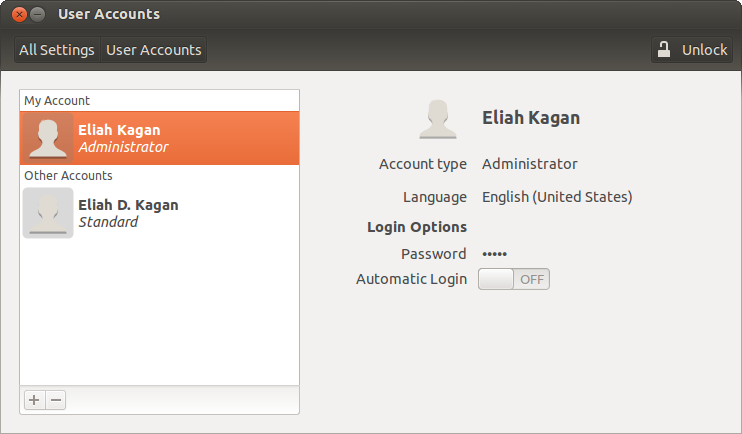 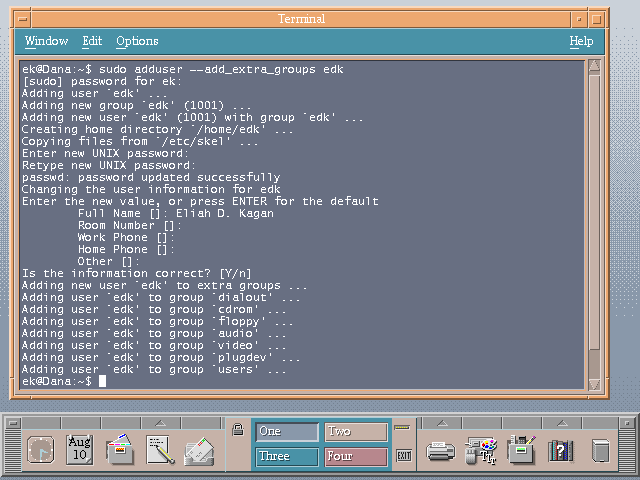 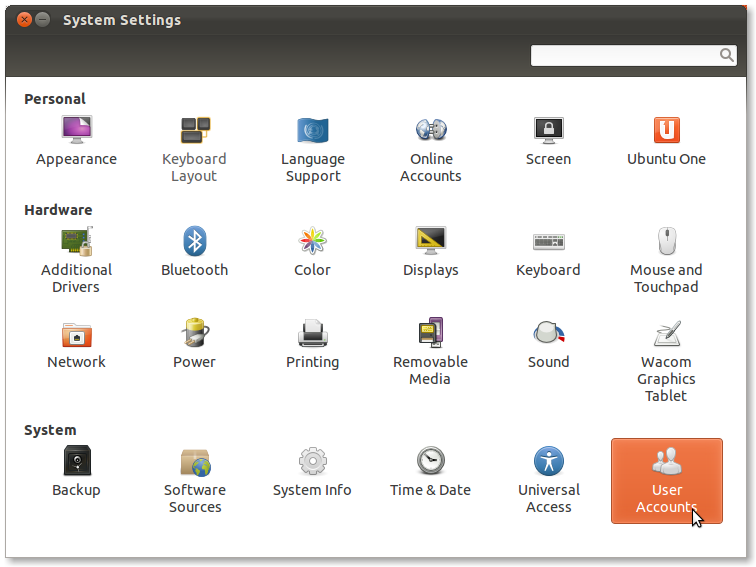 7
How to add / list / remove a group
3
How to set user rights in 11.10?
5
Users and groups icon not showing
2
How to add my user account to admin group (13.10 desktop)
2
Ubuntu 14.10 create new user password change button disabled
1
How do I add the "user and groups" application?
0
Gnome 2 style user account settings (how to edit user accounts in Unity)
0
How do I addusers with passwords and assign them to groups and make them administrators?
0
Where's admin tools gone in 11.10?
0
How can I add an account to the sudo list?
See more linked questions

2
Users and Groups Administration tool - What do the options in User Privileges tab of Advanced Settings do?
1
How to change a users username without the GUI
2
Upgrading system to 12.04 using CD did not preserve my users - how's best to restore them?
5
Is There A Security Risk With Users That Are Also Groups?
5
Preventing Users/Groups from accessing certain Domains
1
Accounts lost during in-line upgrade Ubuntu 10.04 -> 11.10
1
User Groups and Advanced Settings in 15.04