The former has a higher version number, and the description of the packages are the same.

I'm not sure why the versions are different but the change seems quite small nvidia-current changelog.

The nvidia-current package contains the nvidia driver version that was packaged for 11.10 before the Feature Freeze. Which was driver version 280.13.

nvidia-current-updates is meant to contain the post release/feature freeze nvidia driver releases, which should contain 285 now. Not sure when it will be updated. This is for people who want their driver to be automatically updated as the newer driver versions are packaged.

So in short nvidia-current for a more stable drive that has received more testing and nvidia-current-updates for newer versions of the nvidia proprietary driver that will have received less testing. edit: The nvidia-current package base driver version will also never change 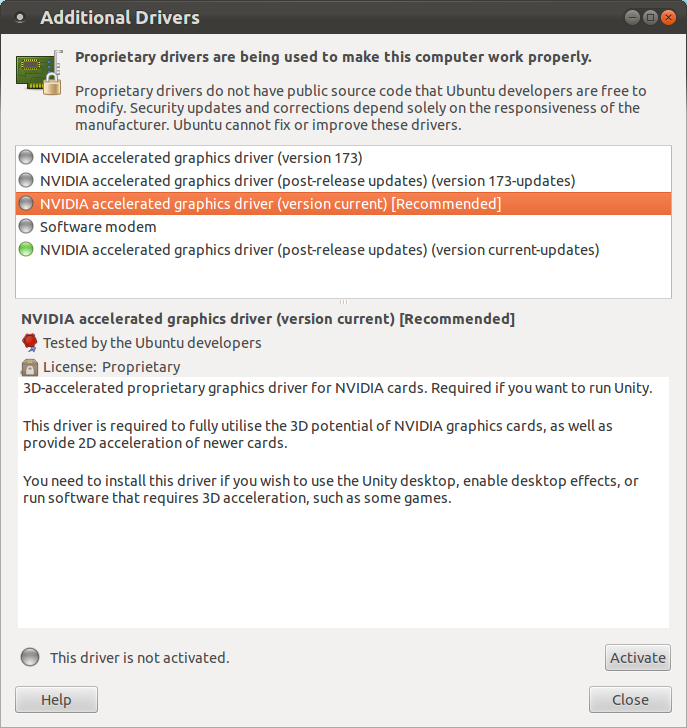 15
"nvidia-304-updates" vs "nvidia-304" (and similar)?
2
nvidia vs. nvidia-updates?
0
Nvidia drivers question
1
What's difference between version-current and post-release updates for Nvidia drivers?
728
What should I do when Ubuntu freezes?
31
How to correctly enable Desktop Cube in Unity 3D?
2
Installing nVidia Driver in Ubuntu 14.04 LTS
1
Unity freezes after installing recommended Nvidia drivers
1
What's difference between using nvidia-current, nvidia-current-updates, 310.19.run, bumblebee and noveau?