Today I downloaded Ubuntu for my laptop. It runs great from a bootable USB, but when I tried to install it, I got the following error message:

I tried everything to install it on my laptop including redownloading the Ubuntu ISO image, but nothing worked.

I had this problem too, during installation...

fsck said the entire root partition was fine (after 10 hours). memtest86+ said all 6GB of RAM was fine too. I tried installing directly when the live image booted up (Install Ubuntu). I also tried the Try Ubuntu button, then ran install from the live desktop. Again, Errno 5.

In the end, it turns out the iso file I downloaded was somehow out of date or wrong. Can you believe it!?

The output was different from Ubuntu's official hash (62fb5d750c30a27a26d01c5f3d8df459). Then I cast my mind back. I remember, when I downloaded this image, I think I was forwarded from ubuntu.com to a mirror site, and I chose a French one at random because my nearest UK mirror was down. It must've been slightly out of date or something. In fact, I now remember seeing entries like this

in the output of dmesg (I think) or somewhere in /var/log when checking after the installation crash dumped me back to the live (Try Ubuntu) desktop.

Basically, make sure you check the MD5 hash of your downloaded ISO file! (I know. I know. I rarely check either!)

Anyway,I downloaded 64-bit Ubuntu 11.10 again and, this time, I was prompted with a Save As dialog, instead of being asked to choose a mirror site. When downloaded, checksum matched :) Installation ok :)

You may have some bad sectors on the target HDD.

To check sda1 volume for bad sectors in Linux run fsck -c /dev/sda1. For drive C: in Windows it should be chkdsk c: /f /r.

IMHO chkdsk way will be more suitable as it will remap bad blocks on the HDD while Linux fsck simply marks such blocks as unusable in the current file system.

-c This option causes e2fsck to use badblocks(8) program to do a read-only scan of the device in order to find any bad blocks. If any bad blocks are found, they are added to the bad block inode to prevent them from being allocated to a file or directory. If this option is specified twice, then the bad block scan will be done using a non-destructive read-write test

I've seen many comments proposing various fixes for the "errno 5" issue. I was experiencing the same issue. My solution is pretty simple and one that I believe a lot of users are inadvertently using.

Rather than remove RAM, replacing SATA cables, or reburning discs...Before doing any of that, rearrange the SATA cable in your PC. I found mine were laying in close proximity to the CPU fan. So...in trying some of the other fixes, I rearranged my SATA cables coming from my DVD writers and VOILA!!!...Perfect installation of both Ubuntu 12.04 and LinuxMint Petra.

Just a little hygiene fixed the problem. Hope this helps y'all!

Did you verify your ISO after download and before write to media?

Assuming you trust your installation media, the write is the most common faulty flaw in my experience, so I write it again (if it fails again, using another box or to different media). Either way first step is the validate your ISO following the tutorial.

FYI: For faulty installation media, you'll see messages like the following in logs, these are the result of what I'm describing:

You can verify this by using

which should report only the version message(s) with no errors.

If you file a bug report with these messages, you'll either get a response telling you what I've said here (and marked invalid), or your report will be marked a duplicate of https://bugs.launchpad.net/ubuntu/+bug/1874662 (which you can read for anothers wording of what I'm trying to say)

Same thing happened to me while trying to install 11.10.

The system worked perfectly off LiveCD/LiveUSB but would fail when trying to install it. Tried burning a different cd and re-writing the iso on the usb drive, re-partitioned HDD space several times, checked it for errors, low-level formatted the installation usb and no luck.

As a last resort I did a memory test using the memtest86+ that comes in Ubuntu's image and it revealed that I have problems with the memory. I know the test takes up lots of time but if you've never done it, try it out!

I haven't yet replaced my memory so I can't be 100% sure that it'll resolve the problem but very likely.

This could be the result of bad RAM in your computer. I had a similar problem and it turned out to be that. Try testing your RAM by booting from the USB flash drive and, as soon as you see the keyboard and person icons at the bottom of the screen, press a key to show the non-graphical boot menu. Then select the option to test your RAM, from there.

If that reveals a defect in your RAM, then you'll have to remove or replace the affected RAM stick. (If you don't feel comfortable with doing this, you should enlist the assistance of a friend, professional, or other acquaintance with hardware experience. Since this would be a hardware issue, you could ask on Super User for advice about it, too.)

This could also be the following problems:

I had the same error and it was just because the ISO file was corrupted. So I re-writed a new and clean ubuntu iso on my USB key and it worked.

I also have same issue while installing Ubuntu, I already have Windows 10 in dual boot.

To debugging this I made following tests.

In the Memory Diagnostic test, I found the RAM issue. As I have 4 sticks, 1 or more sticks having a problem

3) repeated step 2 for each RAM stick (by removing other).

Then I removed it and installed Ubuntu 20.04 without any issues.

This might be one of the reason for installation failure.

[Errno 5] Input/output error error message can be caused by the USB flash drive or the USB port.

I had the same problem.

After searching I decided to install Ubuntu from the alternate CD (with the text-based installer) rather than the desktop CD.

I was having Issue's trying to install Lubuntu with a bootable USB,and I kept getting that annoying " installer crash" and it wouldn't let me install on my netbook eeePC...Well I finally, got it to Install, and here's how it worked for me. Umm first of all I have win 7 starter on my netbook when I tried to install Lubuntu. So, in the options menu where it asked you how you want to install (partition) go to the "someting else" and in there you will highlight the drive, click on add partition. Now what this does, it wipes out the hard drive leaving it with nothing on it. After your done return back to the menu set up and Install. PS. this is good If your looking to do a FULL INSTALL only !!!

In my case that happened because I showed as primary(not secondary!) the Hard disk. But this is a *.iso file so you need to expose CD disk not Hard one. The ISO is supposed to be distributed via cd or sd card and its format should match one.Otherwise it will drop error: 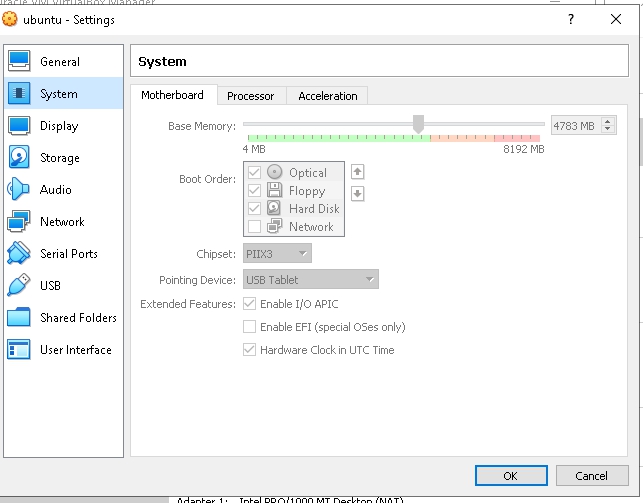 after installation you can change primary bootable drive to Hard disk the system to load faster.

1
Errno 5 while installing Ubuntu 12.04 via live USB
1
The installer encountered an error copying files to the hard disk
5
Ubuntu 14.04 "[Errno 5] Input/output error" during Installation
1
Error installing ubuntu [Errno 30]
0
Any install on any disk from any source fails
0
Ubuntu reinstallation issue