where is qt5 designer

I also have a bunch of qtquick packages installed.

How should I proceed?

The designer is included in the package "qttools5-dev-tools".

In the library packed are no binaries for the designer application.

Install the designer with 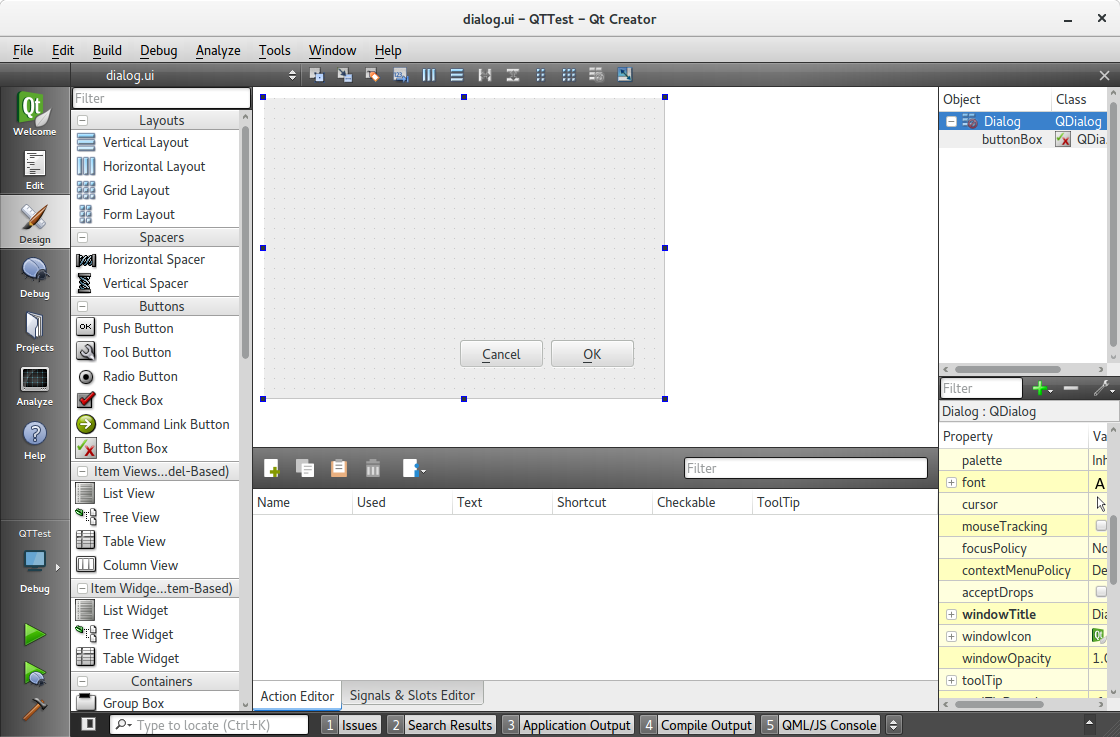 For anybody who is working on PyQT5 on NVIDIA Jetson Tegra X2 (TX2) running Ubuntu 16.04, this is the directory to find QT5 Designer:

I was not getting any results so instead I tried this and it worked:

This little difference has supposed some hours for me, I hope this post will help you.