Clementine has high CPU usage even after shutting it down

I have an issue with Clementine: sometimes (even after switching it off) it takes up a lot of CPU like on the screen here 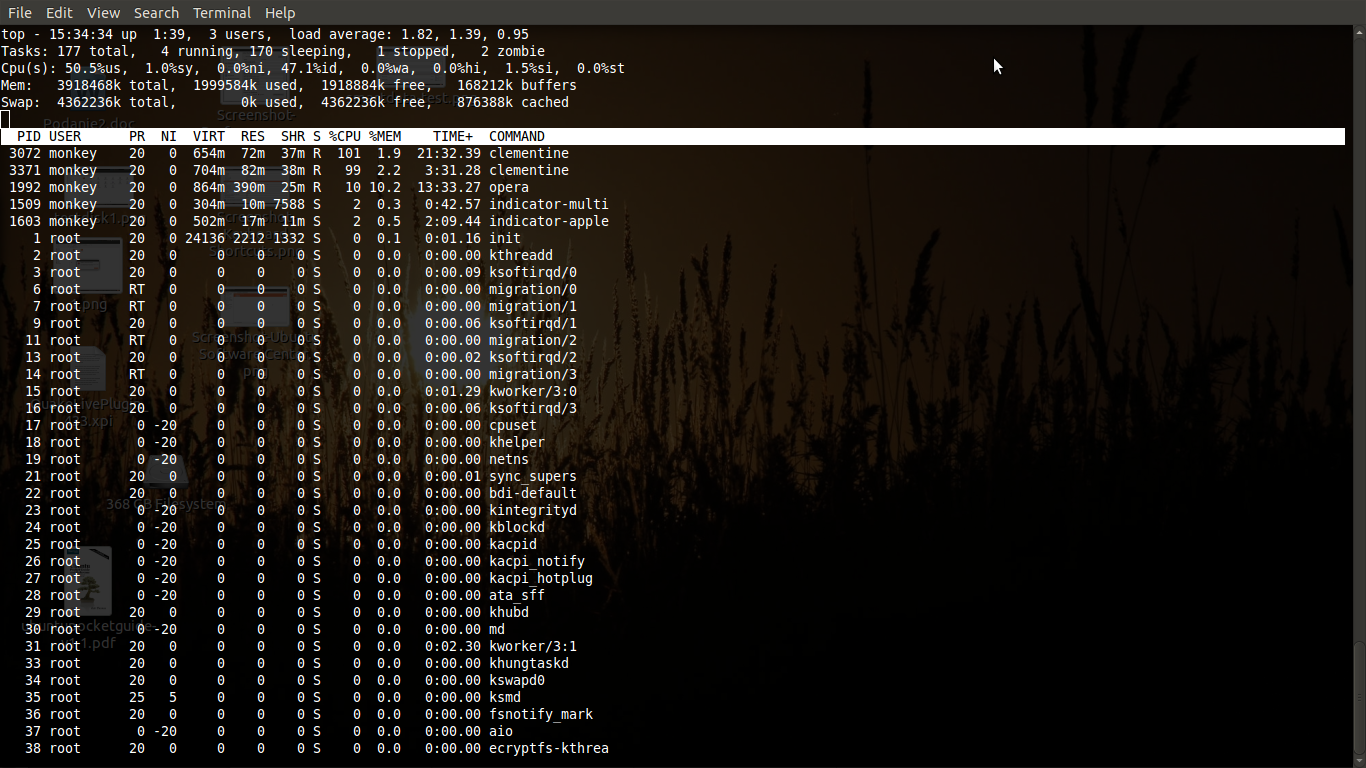 On the screen there are visible 2 instances of Clementine but both of them are already switched off.

Anyone also having this problem ?

If this matters I have the music files on ntfs partition which I mount every time I boot the system (maybe it does some indexing or things like that). BTW : can I make ubuntu mount this partition automatically ?

I would like to confirm I'm having exactly the same issue: Basicly, when I "quit" clementine (by rightclicking the indicator icon and hitting "quit", not just using the close button), the process will remain active, and will keep doing whatever it was doing in the background.

Sometimes the cpu load will simply jump to 25-150% (don't ask me where that 150% comes from... "top" acting strange), and of course, that won't change by "quitting" the application.

Worse yet: start clementine again, and it'll spawn a new process instead of using the existing one! That second process can be extremely cpu-consuming as well.

(@nitstorm 's comment) There is nothing on the interface indicating that clementine is doing anything in the background.

Now I found a solution to this problem: according to http://code.google.com/p/clementine-player/issues/detail?id=2088 , it looks like it's a bug due to compatibility issues between clementine and the nvidia drivers. One of the bug reports has posted the following command:

I can confirm after a few tests, the above command fixes the issue.

To make life easier in ubuntu, you can change the clementine command in the menu editor.

EDIT: In the menu editor, it seems you can't just use the command, so I made a script like this:

Saved as clementine.sh (don't forget to "chmod 755" the script to make it executable), and linked the Clementine menu entry to this script instead of the default command. Works like a charm now, even when started from the dash instead of the launcher (if you have clementine set as default for music).

Not the answer you're looking for? Browse other questions tagged 11.04 cpu-load clementine or ask your own question.