According to following image, ART is very similar to JVM. 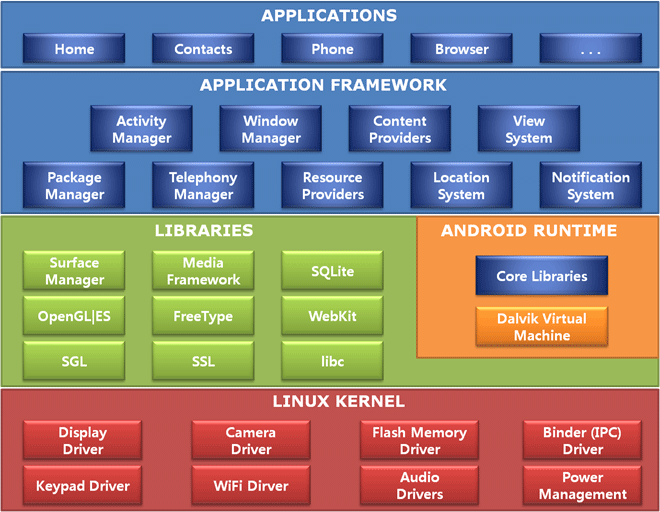 As JVM is for Linux which converts Java instruction set to machine level instruction set. Then is there any way to recompile ART for linux environment which will help linux to create a layer to run android applications?

That's unlikely going to happen in the near future. (~10 years)

You're asking for "Simply an environment like Wine" or to quote A.H. Weiler: "Nothing is impossible for the man who doesn't have to do it himself â€¦"

It's so much easier cross-compiling your application on any *nix system and then actually running it on your Android phone / Chromebook in developer mode then going through the daunting task of developing CAINE (ChromeOS/Android Is Not an Emulator).

Sorry to be the harbinger of bad news â€¦

Not the answer you're looking for? Browse other questions tagged java google-chrome android or ask your own question.

1
How to install Android Runtime On Linux