I want to hook up 2 USB label printers to one machine, so that each one can have different size labels loaded in it. They are both Zebra 2844 printers. Either one installs and works just fine by itself, but it doesn't recognize that there are 2 of them if 2 are plugged in.

If I have both of them plugged in, and unplug the one it doesn't print to, the printer window shows the one that does work as offline.

What can I do to make this work? Is there some way to manually set up the second printer?

You must be looking for Printer classes (No, not school)

Firstly disconnect both the printers.

Open "Printing" and you will be presented with such a window: 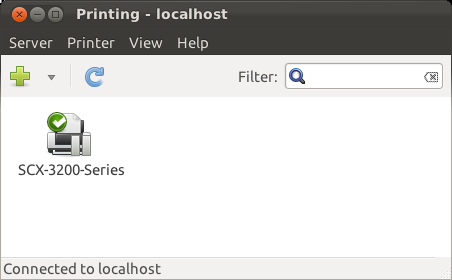 Press the Plus and select Class: 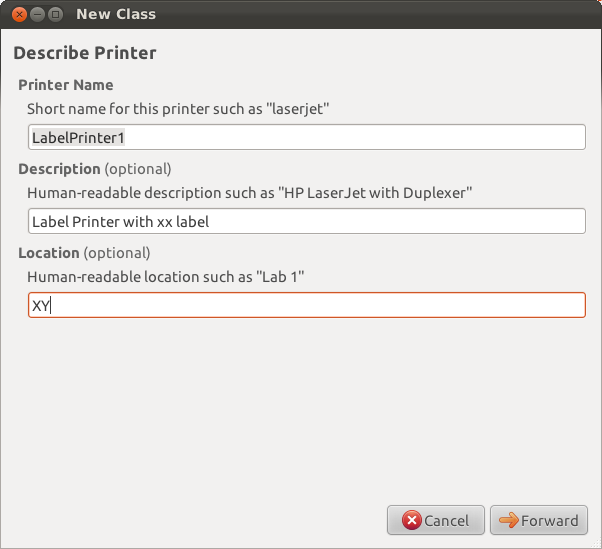 Add the right printer to this class: 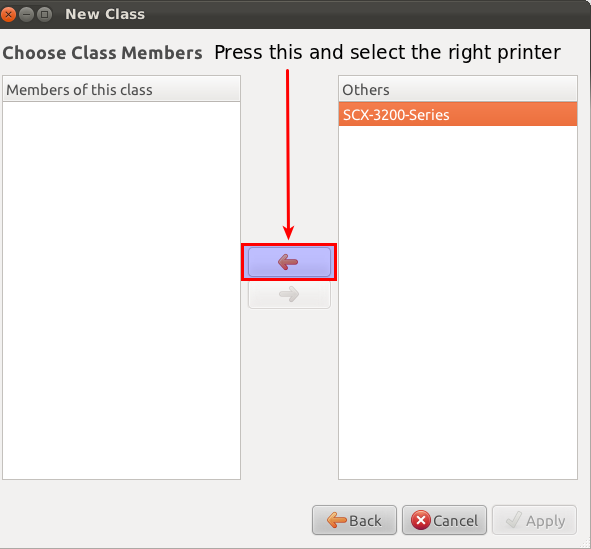 Repeat this process again for the other printer, If you have done this correctly you will get two new printers in your window, like this: 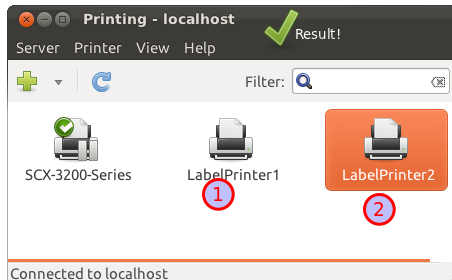 With one and two being the new classes. You will now me able to print to both the printers.

Not the answer you're looking for? Browse other questions tagged 11.04 usb printing or ask your own question.

36
How to distinguish between identical USB-to-serial adapters?

2
Why is it necessary to add locally attached printers?
0
Same document is printing differently to 2 different printers
2
How can I print to two printers of the same model without having to reconfigure the model each time?
1
printing in 2 printers at the same time
1
How do I use two USB printers?
0
Offline printers no longer visible