How to clone Ubuntu into same machine with new partion?

In my computer, I want more space for Ubuntu. And for it don't like to format my Ubuntu. How can I copy everything from present Ubuntu and copy everything with user settings etc into other drive? copy everything but i want change drive space. Also I don't want clone entire hard-disk I want clone only one drive by using same machine. Note:- I have dual boot system. If your answers want other OS no problem. I have another OS is BOSS Linux and scientific Linux. configuration:- Present Ubuntu OS have 20GB space. and 26 Gb free space with ext4 file system. I want to move my present Ubuntu into that drive?

In my case I not have enough space for my Ubuntu system drive which is I frequently use.
So I want more space and want to back up to avoid anything wrong with my data.But I not have any other storage device to backup. 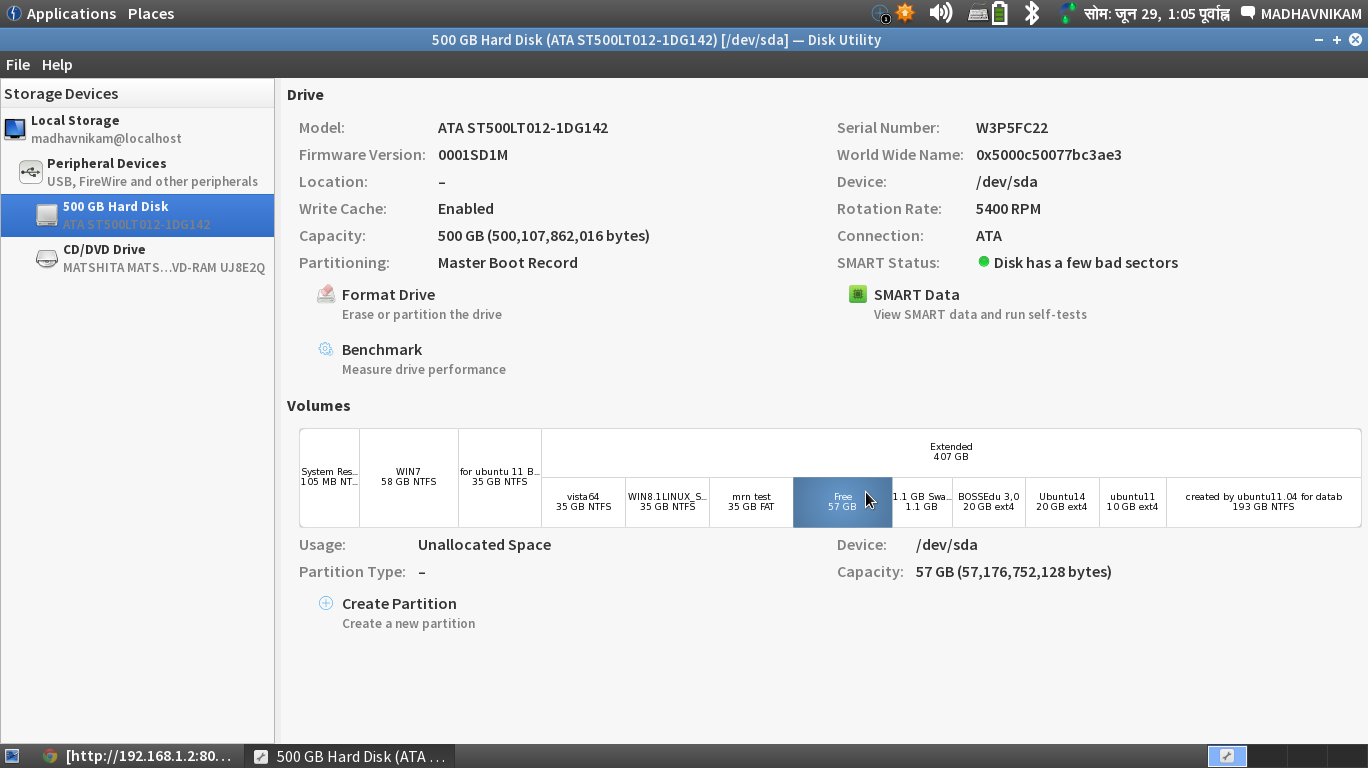 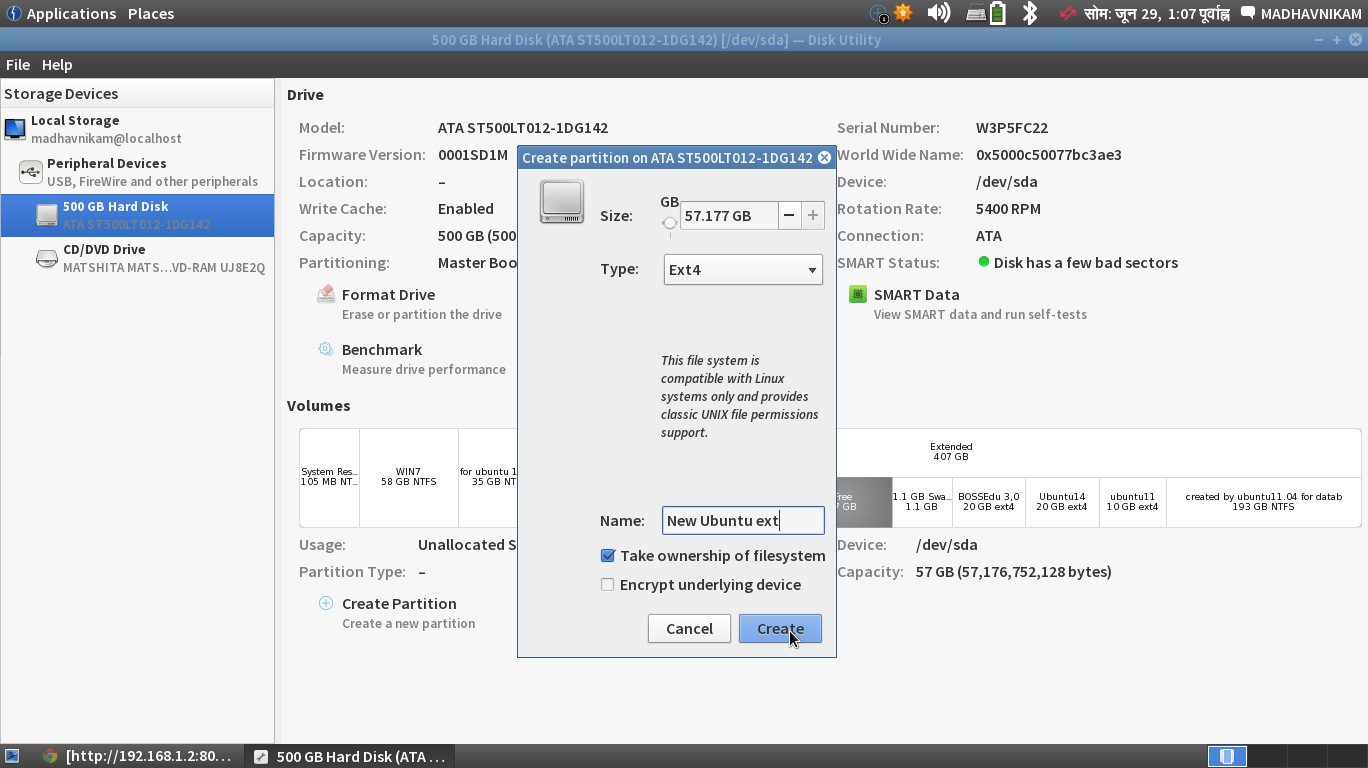 Before restart PC I install GRUB loder into BOSS Linux.

Then Start Ubuntu 14.04 then One problem occurred their. 53GB drive only shows 20GB space. 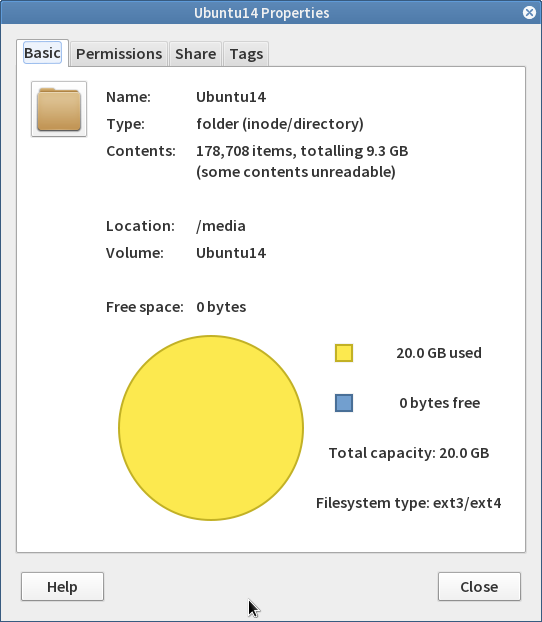 Then I use Gparted utility to solve it. Again one problem occurred. 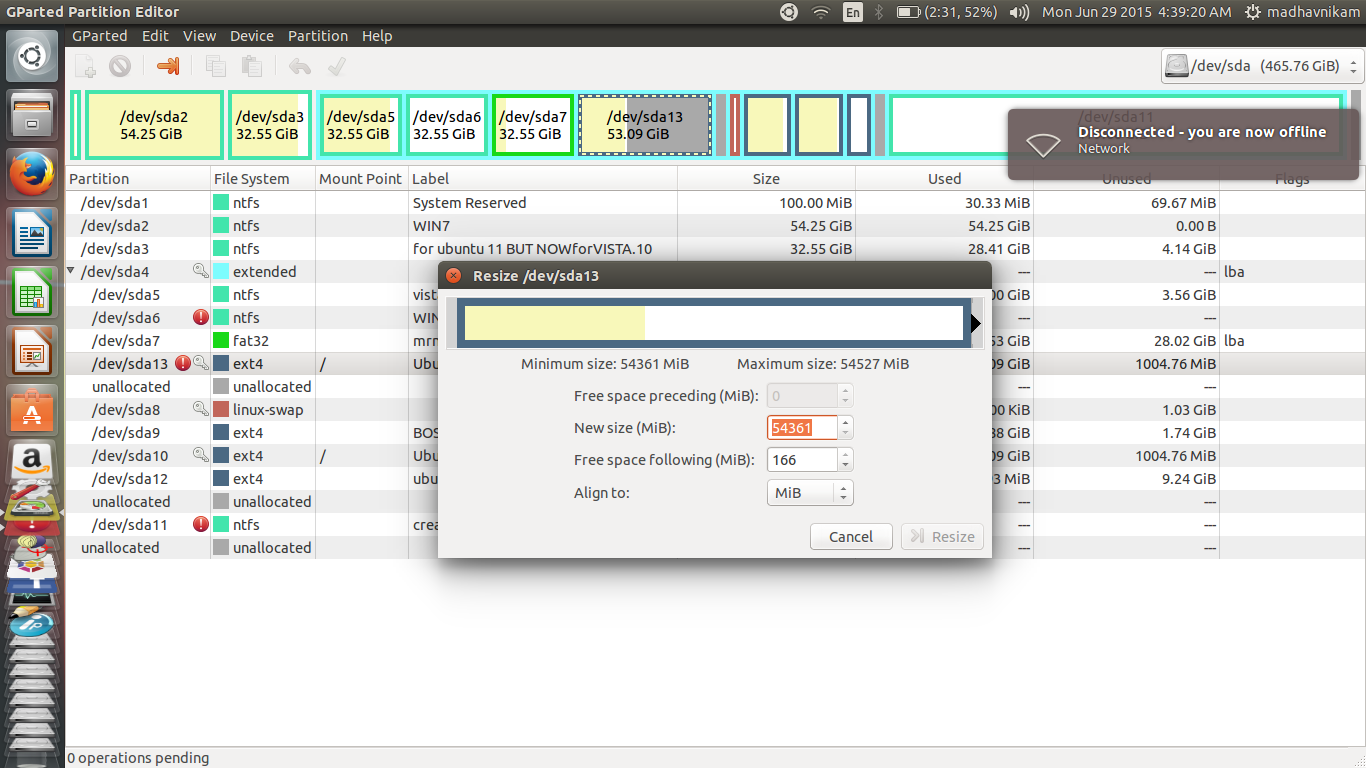 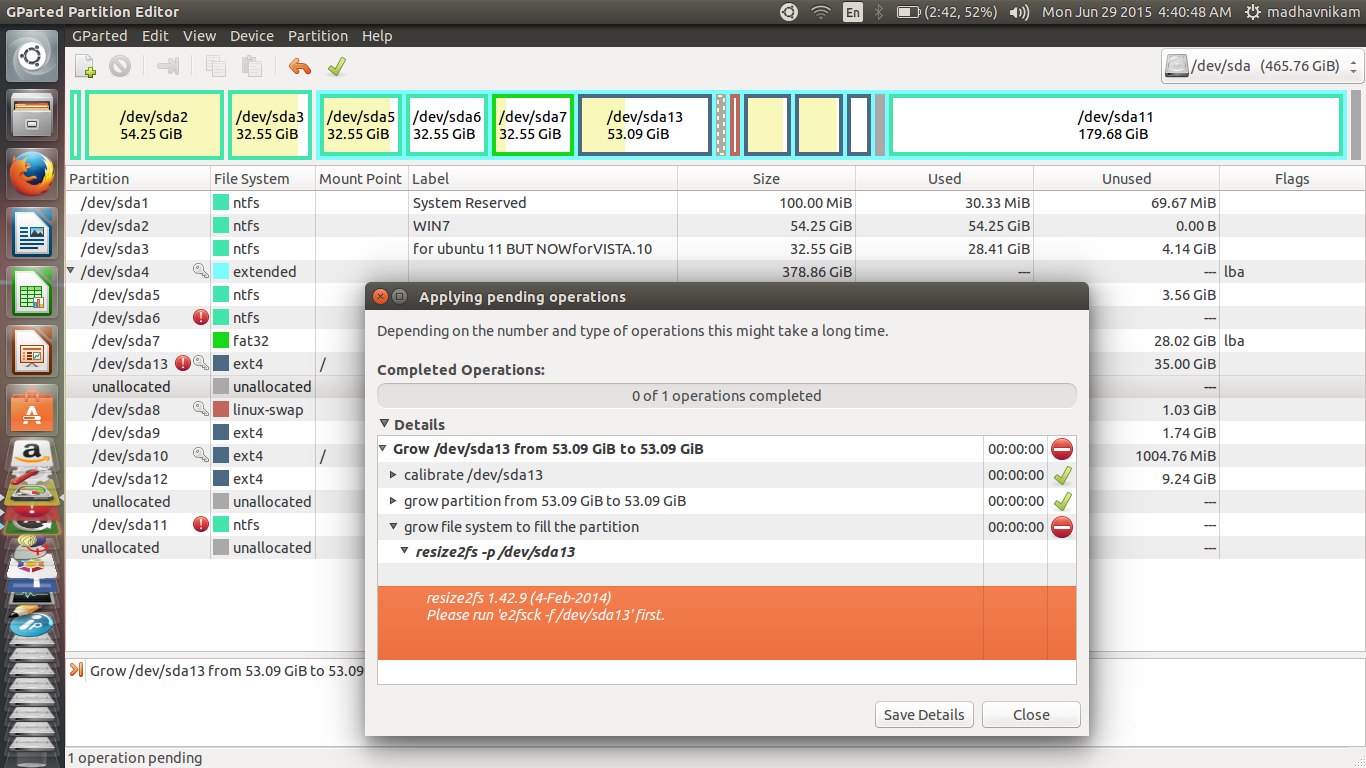 solve it run command into terminal. 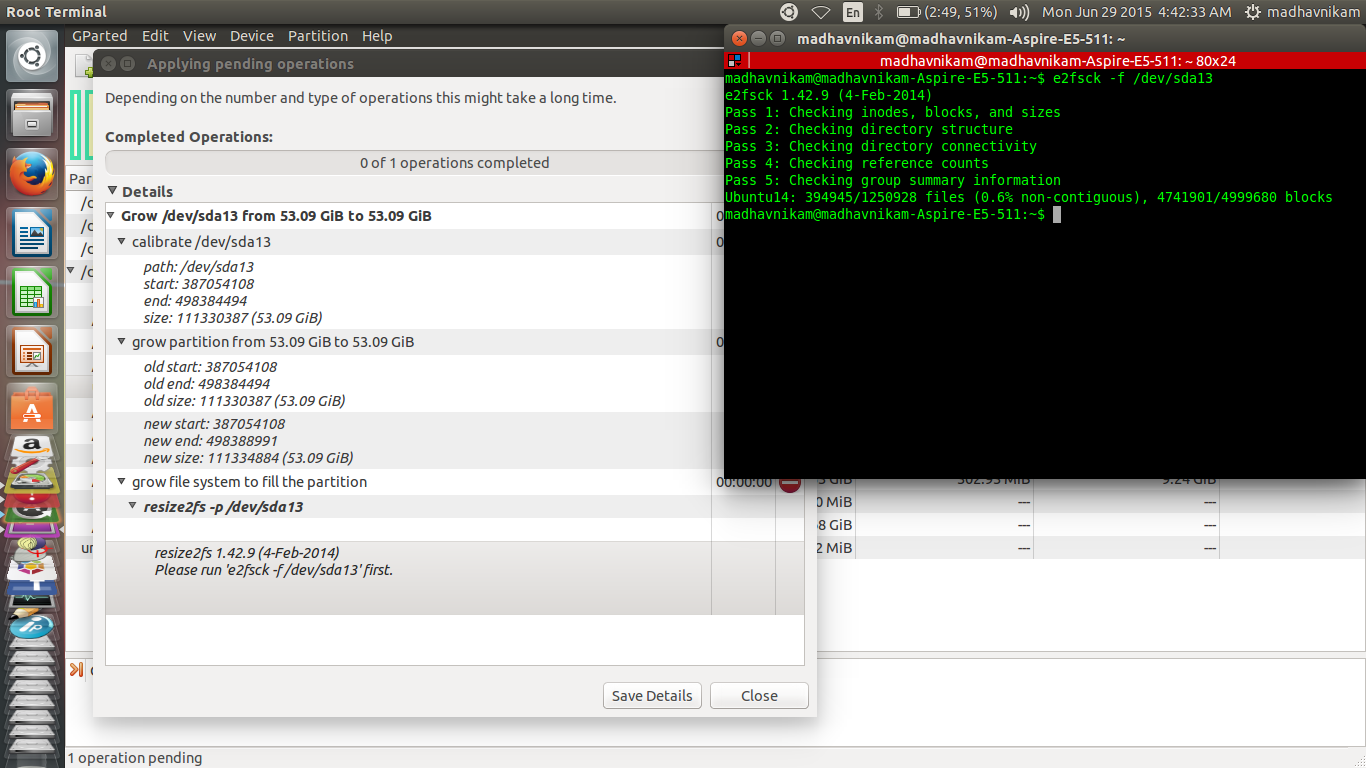 I try make re-size the drive and re-size successfully. After that I restart again my PC and start Ubuntu for check problem. 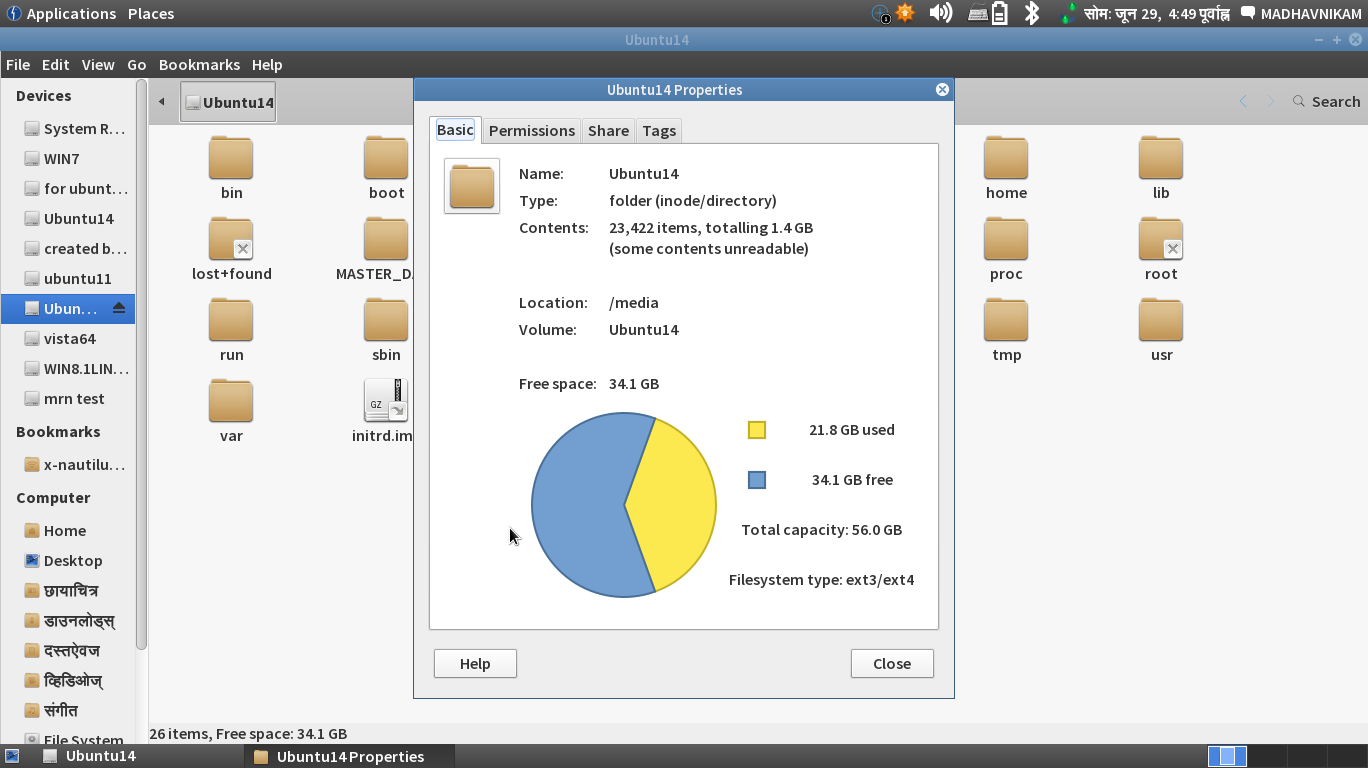 problem solved.
Again start BOSS Linux to format old Ubuntu drive. Restart PC and select Ubuntu 14.04 and finally install Grub into Ubuntu.And it solve my problem without any other external or internal extra storage devices.
NOTE:- But its better and strongly recommend that keep back-up before do it.
You can be able do it by using Live CD or boot repair disk. For that I so much thankful of edward-torvalds and Helio without their valuable info, guidance, and reference it is impossible to solve it for me. Thanks.
Share
Improve this answer
edited Apr 13 '17 at 12:24

You can make a full backup with remastersys. To install it enter the following commands:

Now set up your user settings:

The backup will be saved in a ISO installer anc can be found in /home/remastersys.

Tips: 1. Move you personal contents such as documents, videos, pictures, downloads etc to somewhere else. or the backup will be too big. 2. Delete all the .deb files from /var/cache/apt/archives. It'll help to reduce the image.

Now Finally burn the image to a DVD or make a bootable pendrive with Startup Disk Creator and install it to your desired partition.

Before anything else I recommend to backup your data (/home) and your config (/etc) to another device! In your specific case you seem to be trying to migrate from a 20GB partition to a 26GB partition.

If this is about running out of disk space: make the 26 GB your new /home! and keep the 20GB as / Steps necessary:

Remember your old /home is still there and uses disk space on the 20GB partition! (At some point you will want to get rid of it - keeping in mind to have a backup. I would give the root user a password, if you mess up you will not be able to sudo anymore! If you can login as root your ~ resides in /root/ and you are still operational without a /home.)

If it is not about running out of disk space: New install on the 26GB partition an then rsync -avz the /home to the fresh install. (You could stumble upon the need to modify /etc/passwd and /etc/group to provide the correct User and Group IDs)

Not the answer you're looking for? Browse other questions tagged clone or ask your own question.

0
Enlarge disk partition after cloning
46
How to clone to a smaller harddisk?
3
How to clone a user profile on the same computer?
0
How To clone harddisk for moving Ubuntu to a new machine?
0
How to clone two hard drives into one

0
When Cloning Linux Systems
0
How to clone two hard drives into one
46
How to clone to a smaller harddisk?
1
Desparate: how can I clone my Ubuntu USB harddisk so that I really can boot from the new clone
0
How To Clone Entire HD With Multiple OSes to SSD
1
How to copy and restore to smaller partition
0
How to clone Ubuntu 18.04 drive to drive?
0
Replacing Hard Disk used for storage Ubuntu is on SSD