How do I set Notepad++ as an editor on Ubuntu?

I use notepad++ from Wine.

I want to set Notepad++ as one of the default editors. I tried to set it by right-clicking on a file, then Open With. But I did not see Notepad++ in the resulting list (even after clicking on Choose Other Programs).

You can use the mimeopen command

You will get a popup menu, where you can see some options, if you don't find notepad++ with them choose other and indicate your notepad++ . 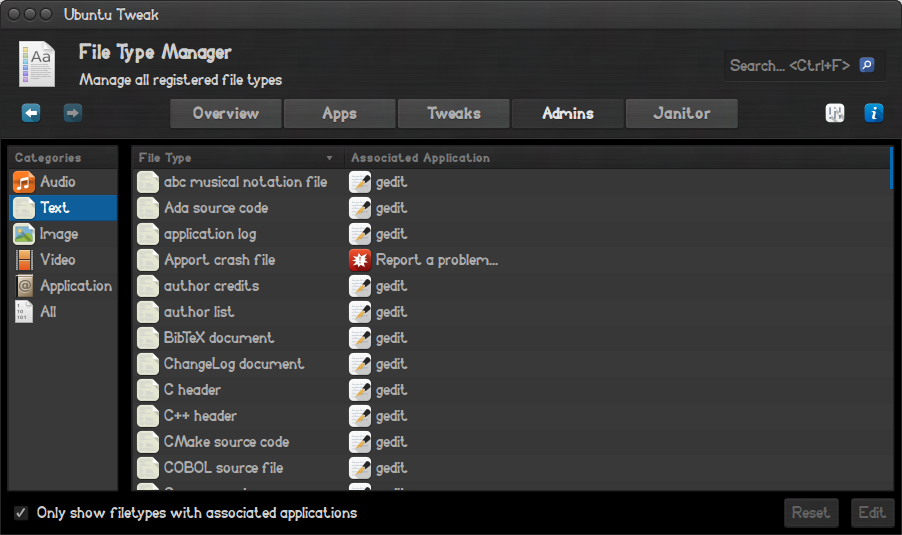 Here you can set your default (desired) app to any format/extension.

Instead of using Notepad++ through Wine, you can directly install Notepadqq in Ubuntu. You can consider it as Ubuntu version of Notepad++. Notepadqq can be installed as follows:

I have followed the below steps and that exactly made me to fix this issue and made Notepad++ as the default editor in Ubuntu.

NOTE: The applications folder is write protected by default. So open the terminal and navigate to "/usr/share" path and execute the following command.

Once after copying the "Notepad++.Desktop" file, revert back this permission change made by the following command.

Note: Again here, the gnome folder is write protected by default so, open the terminal and navigate to "/usr/share" path and execute the following command.

For example, if you want to edit only plain text files in Notepad++, n the "defaults.list" file find for "text/plain" and you will get a line as follows,

Now replace the gedit bu Notepad++ so that, it would set the Notepad++ as default application for the plain text. The modified line should look like,

Now, SAVE the file once this change is done and close the file.

[You can find a new file name defaults.list.xxxx has been created, which is nothing but the backup of old settings and you can very well delete it. Please make sure you are not deleting the other two files namely : "defaults.list.dpkg-old" and "menus.blacklist" ]

Once doing the required changes, revert back the permission change made earlier for the gnome folder by the following command.

Right click filetype in question (e.g. txt), and do Open With > Other Application...

Alternatively instead of Open With etc. you can use mimeopen -d yourfile.txt in Terminal, and you will get similar Use command: prompt into which you can past the above command.

You should now be able to double-click the filetype in question to open it - yay!

Not the answer you're looking for? Browse other questions tagged wine or ask your own question.

8
How to remove Open with menu items from Nautilus after Wine is deleted?
1
Kubuntu and Play On Linux, File Associations
2
Open files in Sublime from WinSCP running on Wine
0
How can I add a wine program in PCManFM 1.2.4 as an option to open files of a file type?
6
Notepad++ has problems with text autocompletion under Wine
4
How to associate exe files with Wine on Ubuntu 20.04?
0
What is the process to install Microsoft edge with Wine?