Shown below is my current partition configuration (which is supposed to triple boot) with, 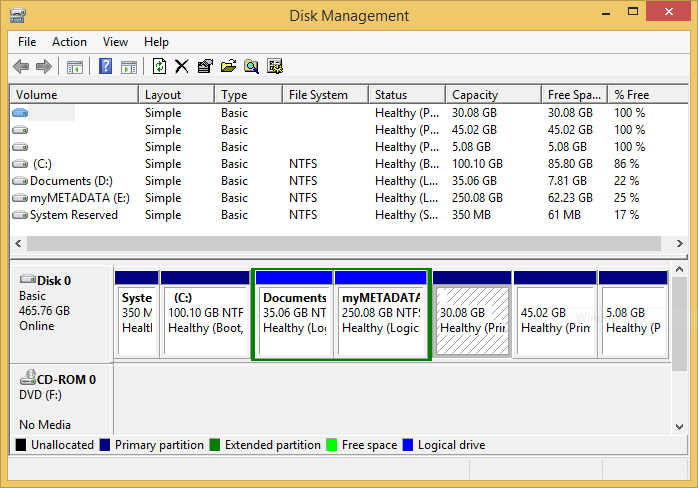 Each time I install a new OS or reinstall one I get the grub configuration ruined. Even though there are many similar questions present already in this site, none gave me a clear vision. My doubts are:

Consider GPT instead of MBR partitions.

Choose between grub or windows boot loader and stick with it. In your case, stick to the windows one, it will be easier. Despite this, I will answer below about grub as well, in case someone does want to know more.

1) There is only one bootloader/grub/boot-partition needed, and it should be the primary/first/bootable partition; Either that or you use windows proprietary boot loader; Each linux does not have a /boot directory - directories work differently in linux; think of the /boot partition as a "hidden D: drive" that any linux can possibly load; Note: linux nor windows will effectively use that /boot partition... when you press the power button, the computers BIOS will first load that partition as a boot loader; then, the grub bootloader on that partition will kick off control to one of the OS's - the OS wont particularly know or care who handed it control

2) Dont select that 350 MB partition as a new grub boot loader. You already have a bootloader: one that windows put there. That 350 MB partition was put there by windows, and I can tell in the picture because it is NTFS File System format. You dont necessarily need /boot directories in your linux OS's. Me on the other hand, I want a bootloader that is free (as in freedom) and that I can tweak and wont look windowsy. In that case, it is more complex and out of scope from this answer. Use the windows one if you just want it to work. To use grub, you may have to reinstall windows or use GPT, basically starting from a scratch disk, no OS already installed.

3) If you use grub and stick to MBR partition tables (vs the new GPT), you will likely always run into trouble when upgrading windows. Start again from scratch with GPT, or use the windows boot loader.

4) /dev/sda /dev/sdb etc are actually not effectively directories, so you are not installing grub TO those directories. Instead, you are saying to find those pieces of hardware, and install grub on them. /dev/sda /dev/sdb etc are how the linux operating system automatically keeps track of new pieces of hardware (disks in this case) that are found by the OS and loaded. So it would be like windows "Disk 0" or "CD-ROM 0" from the picture above.

Not the answer you're looking for? Browse other questions tagged boot dual-boot grub2 partitioning windows or ask your own question.