How do I permanently change window titles?

Which files are involved in generating the window title? For example, if you open Rhythmbox, you see the program name as the window title. But it’s not generated by the .desktop file. Which file(s) do I need to edit to add text to the title of an application? I want the changes to be permanent

The initial name is usually set by the (code within) the application itself. You can however change it, e.g. by using xdotool, which you would have to install first:

Then, once it is installed, you can set another window name by (e.g.) the command: 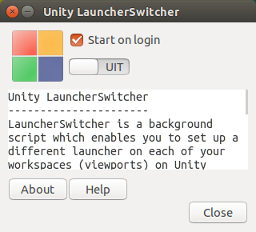 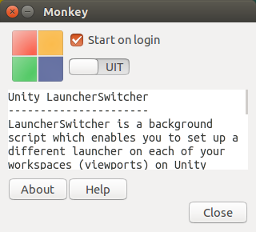 As you can see, the command exists of:

The <current_name> has to match exactly.

From your comment, I understand the command above did not work. I tested it with different applications, and it worked...

But for a reason I do not understand, NOT with Rhytmbox(!! might be a bug)

An alternative is to use wmctrl, which you also would have to install:

Then use the command:

I succesfully tested it on Rhythmbox:

As mentioned, the default window name is defined in the code of the application.

Changing the default window title would need to change the code. That can be done if the code is available, would need recompiling in many cases and depends on the used language, among other things. A general instruction would be quite impossible and beyond (outside) the scope of AU in my opinion.

In your original question, you were wondering if there was some kind of a file to set the title of new windows of a specific application. As explained, that is not the case, however, it can be created.

In the setup below, you can very easily define on a per application base how new windows are named. Simply create a file in ~ (your home directory), named window_names.txt. For each of the applications you want to set a specific windowname for, add a line of, subsequenty, the application and the desired window name: 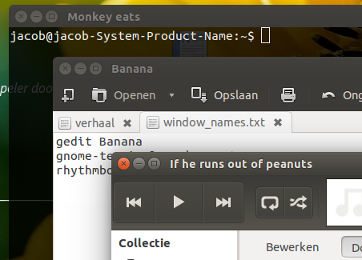 The setup exists of a simple background script. The script is very light, so it won't have any noticable effect on the performance whatsoever.

Once the script starts, it reads the file ~/window_names.txt and loads the settings per application. Then it keeps an eye on newly created windows. If a window appears that belongs to one of the applications, definied in the file, it sets the window name accordingly.

The title is generated by the application executable and there isn't a easy way to edit it.

Changing the title of a application once it's open:

Making a script to launch any application with a custom title:

To make the change permanent:

To make the change effective for the "open with" function

(Summary) Overview of the files you should have

To make the application fully functional, you should have 3 .desktop files in /usr/share/applications when finished:

This means that you always open the last file and the title is always as it should. The only way is resets itself is when you refresh your session with ALT+F2+R.

Just use the translation file!

I ran into this very problem challenge with Thunar: It became annoying when Compiz Scale displayed the Thunar window title as "AnyFolder - File Manager" and comsumed space with unnecessary information.

I tried the above mentioned ways with xdotool and wmctrl but they were not permanent since Thunar changes its window title every time I go to another folder. And it felt exaggerated to have a script sitting around in the background to change the title back every time Thunar alters it.

An easier solution was to use the translation file which comes with every application. You simply need to re-compile the translation source file with a tool called msgfmt included in the gettext package. I just did this for gThumb -just for fun- and there it works, too.

1. Get source code for the concerned application.
Type $ sudo apt-get source APPLICATION or head over to http://packages.ubuntu.com, get the source and look for for a folder called po: it contains plain-text language files. Look for your language. Let's say you're from Brazil, that file would be pt_BR.po

2. Alter the file to your needs
Look for the exact! window title that you want to get rid off or change. In Thunar's case it was "File Manager" and in pt_BR.po I found


where msgid is the signal the application sends and msgstr what the langpack translates it to.
Change msgstr to whatever you like, i.e. msgstr "o_-".
I learned that if you leave the translation empty like this msgstr "" the application will fall back to msgid. If you want it to be "empty" use whitespace. Or a dot. Or any funky ASCII symbol.

3. Get the compiler
As mentioned you need msgfmt from gettext package, so you need to type
$ sudo apt-get install gettext

If YOUR_APP is running, close all instances of it.
Test It!

Hint If you're running Ubuntu with EN localisation like I am, just use any *.po, delete or comment all unchanged msgid/msgstr couples from it and put it in /usr/share/locale/en/LC_MESSAGES/.

Since my own answer using the application's translation file wasn't sufficient for several cases for me, I built upon Jacob Vlijm's solution and modified his script to replace certain strings in window titles. I hope it's okay to post this a separate answer. Credits go to Jacob Vlijm for the idea and setting up the script!

Again: Credits go to Jacob Vlijm for the idea and setting up the script!

71
How to change the title of the current terminal tab using only the command line
8
Display the current date & time in the window's title
10
How can I start a separate instance (not profile) of Chromium, with its own icon?
8
Keep NumLock always on
6
Multiple chromium icons in launcher of 14.04 LTS
1
Is it possible to identify windows using regular expressions in xdotool?

1
Prevent a window from being active on screen directly after being launched
6
How to disable closing a window
2
Is there a generic solution for reactivating a window that has been "minimized to tray"?
1
Window of a newly started program is by default not in the front
3
17.04 How to set default window screen position
0
How to change window manager to default?
14
How to determine if window is maximised or minimised from bash script
6
Setting terminal window's title: wmctrl versus xdotool
0
How can a bash script running in a window raise/activate its window?