I am using Ubuntu 14.04 with multiple desktop environments (unity, cinnamon and KDE). However, after I installed KDE, Firefox began to use oxygen GTK when I am using Unity or Cinnamon.

If a click with right button on Firefox, I get this: 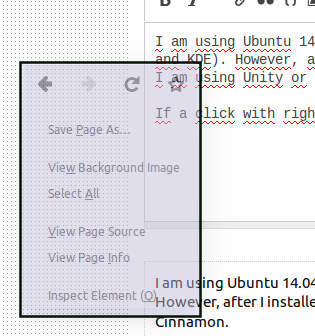 I realized that others windows in firefox has the same oxygen style, like "open file". Below another screenshot. 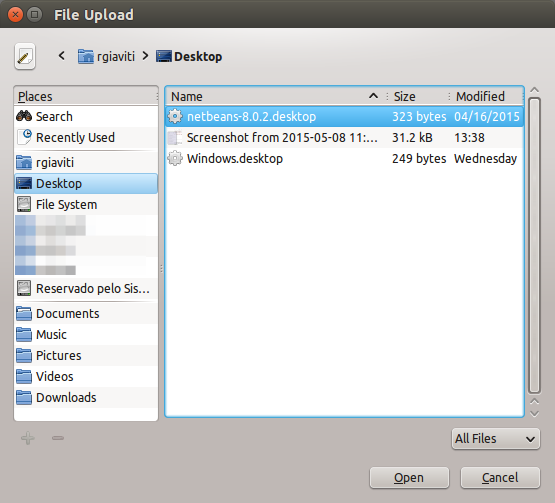 How can I use each environment without one interfering into another one? Is it possible?

2
Websites in Firefox using only half of the screen
4
How to migrate to KDE?
3
How can I get Firefox to use the KDE style?
19
How to get back unity webapps to firefox integration?
2
Changing KDE's oxygen-gtk3 colors for tooltips (fixing Firefox 46)
0
Is it possible to have KDE 5.6 and Unity 8 side by side?
5
How to use KDE global menu with Firefox?
0
Relation between desktop environment, windowing system and GUI libraries