What's the difference between ubuntu-mate and ubuntu? [duplicate]

EDIT: Difference Between Ubuntu and Ubuntu-Gnome is not a duplicate of my question because there is a dedicated distribution called ubuntu-mate

MATE DE (Desktop Environment) is a piece of software separate from Ubuntu, originally a fork of the older GNOME 2.x DE.

Ubuntu MATE, on the other hand, is (from the official page) "A community developed Ubuntu based operating system that beautifully integrates the MATE desktop."

Basically, MATE is the DE - it provides the GUI functionality.

Ubuntu MATE, on the other hand, is a derivative of Ubuntu, a sort of "child OS" based off Ubuntu, but with changes to the default software and design, most notably the use of the MATE DE instead of the default Ubuntu DE, Unity.

What is MATE DE?

quoting from the MATE Wikipedia article

MATE is a desktop environment forked from the now-unmaintained code base of GNOME 2. It is named after the South American plant Yerba mate and tea made from the herb, mate. The use of a new name, instead of GNOME, avoids conflicts with GNOME 3 components.

But what is a Desktop Environment?

In computing, a desktop environment (DE) is an implementation of the desktop metaphor made of a bundle of programs running on top of a computer operating system, which share a common graphical user interface (GUI).

In Linux there are many different DEs. The most well-known are: Unity, GNOME 3, KDE, Cinnamon, XFCE, and LXDE.

So what is Ubuntu MATE?

A community developed Ubuntu based operating system that beautifully integrates the MATE desktop.

Ubuntu MATE is a stable, easy-to-use operating system with a configurable desktop environment. Ideal for those who want the most out of their desktops, laptops and netbooks and prefer a traditional desktop metaphor. With modest hardware requirements it is suitable for modern workstations and older hardware alike. 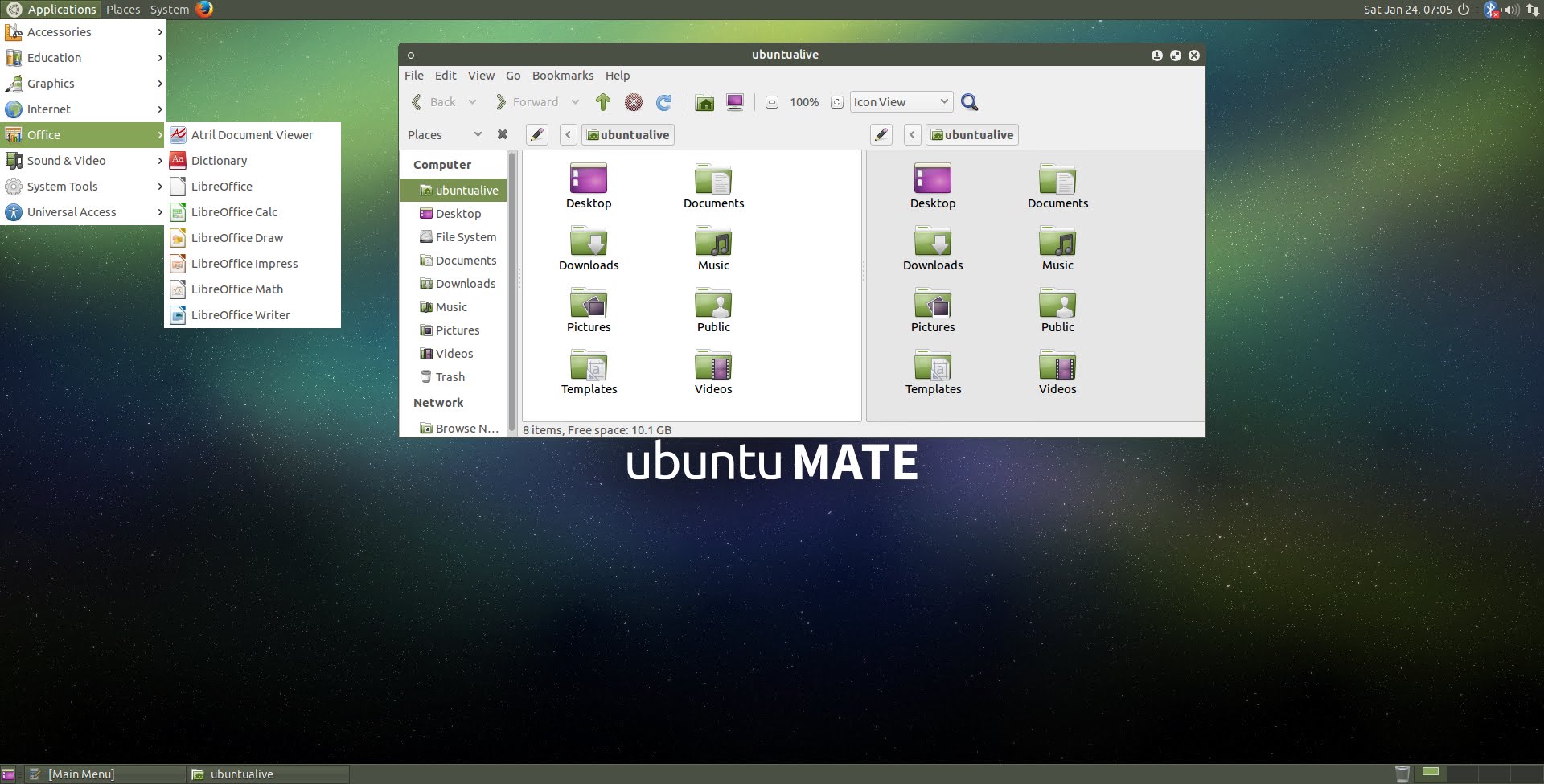 So what is the difference between Gnome and MATE?

MATE is a fork of Gnome 2 and retains features from Gnome 2 such as the file manager, appearance preferences, panel and indicator function(re-branded) and is not interchangeable with GNOME Classic.

The forked programs have been renamed, with most names in Spanish.

Not the answer you're looking for? Browse other questions tagged mate or ask your own question.

4
Difference Between Ubuntu and Ubuntu-Gnome
418
What kinds of desktop environments and shells are available?
8
What is the difference between Ubuntu Kylin and Ubuntu with default language chinese?
-2
Dell XPS 13 compatibility and some other questions