What is the intended way of creating desktop launchers? [duplicate]

Ask Question
Asked 5 years, 5 months ago
Active 3 years, 2 months ago
Viewed 24k times
9
This question already has answers here:
How can I create launchers on my desktop? (21 answers)
Closed 5 years ago.

TL;DR : what is the easiest way to create desktop shortcut to a program ?

When I first started using GNOME with Ubuntu I immediately tried to find ways of creating desktop shortcuts/launchers to launch common programs.

I've found that these solutions are convoluted despite this being a common request.

There is already a question which attempts to ask the same thing, but it was closed, presumably because it wasn't particularly clear:

Why isnt there a create launcher on desktop right click?

[W]hat is the intended way to quickly launch common programs in Ubuntu with GNOME?

You use the overview: 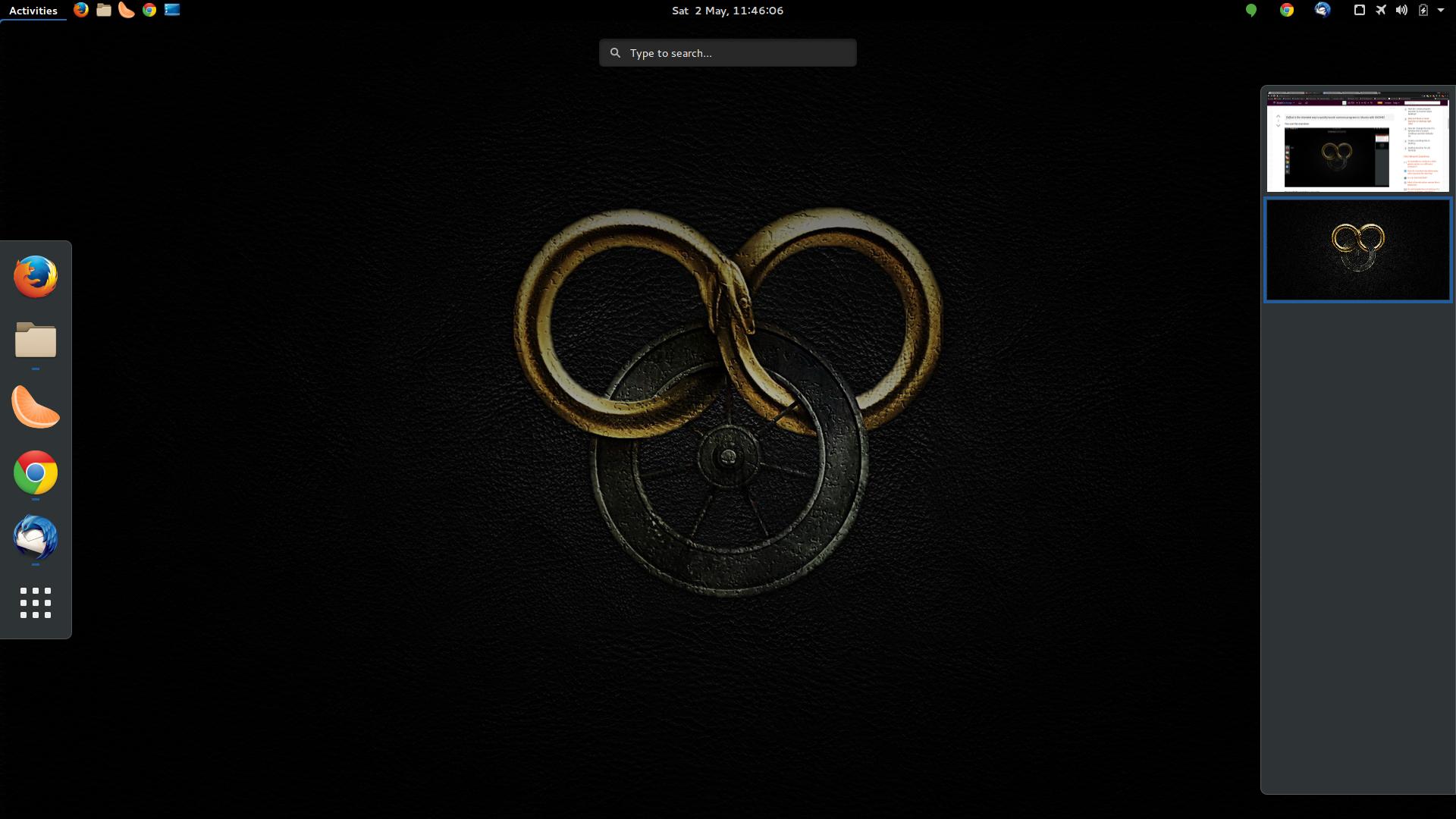 To reach the overview, you can do any one of:

From here, simply type (part of) the name of the program, or something in its description, and press enter when it is highlighted: 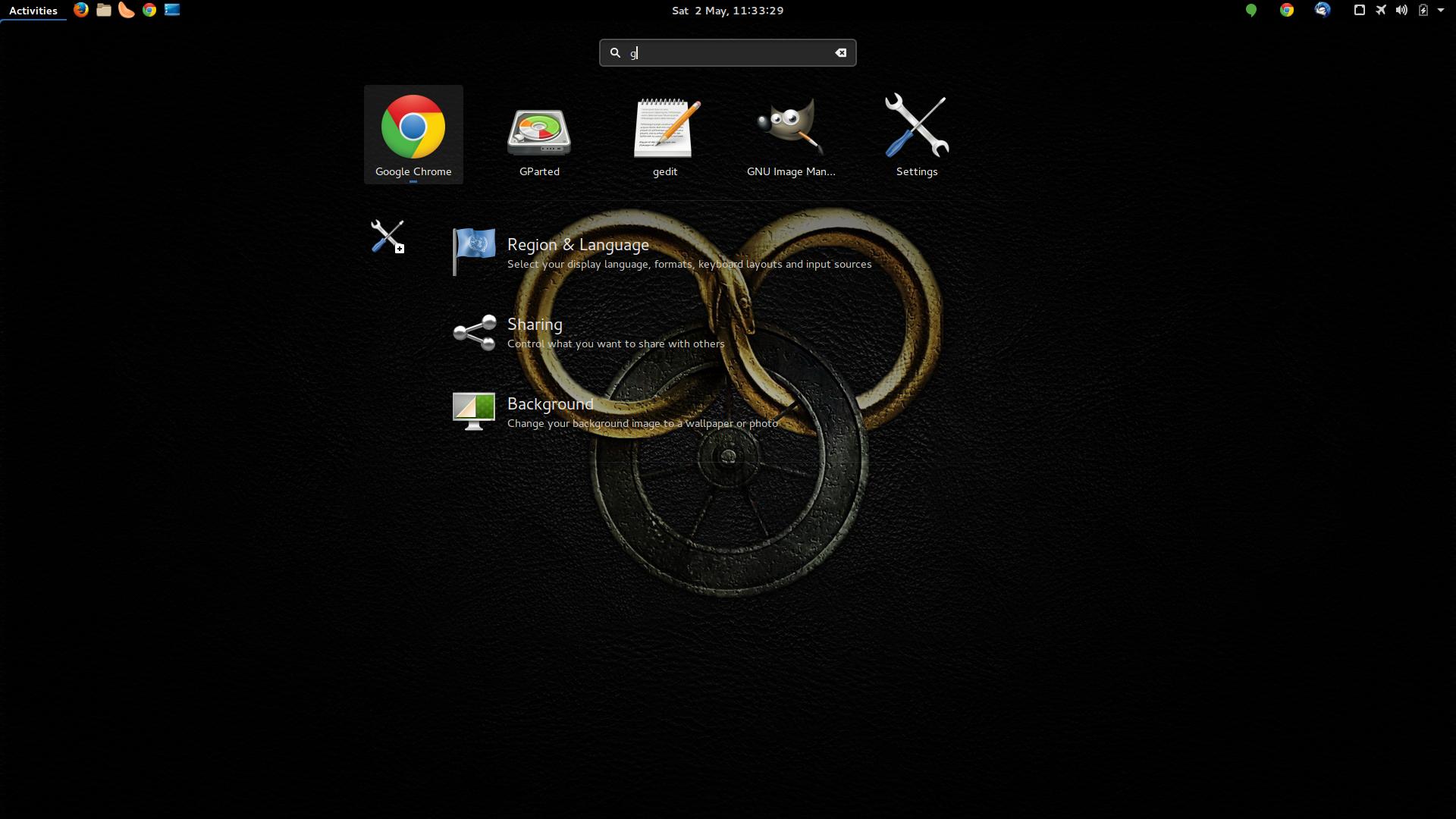 The list of icons on the left is customizable. If you want to add an icon to it, for commonly-used applications, you can go to the Applications overview and drag an icon to it: 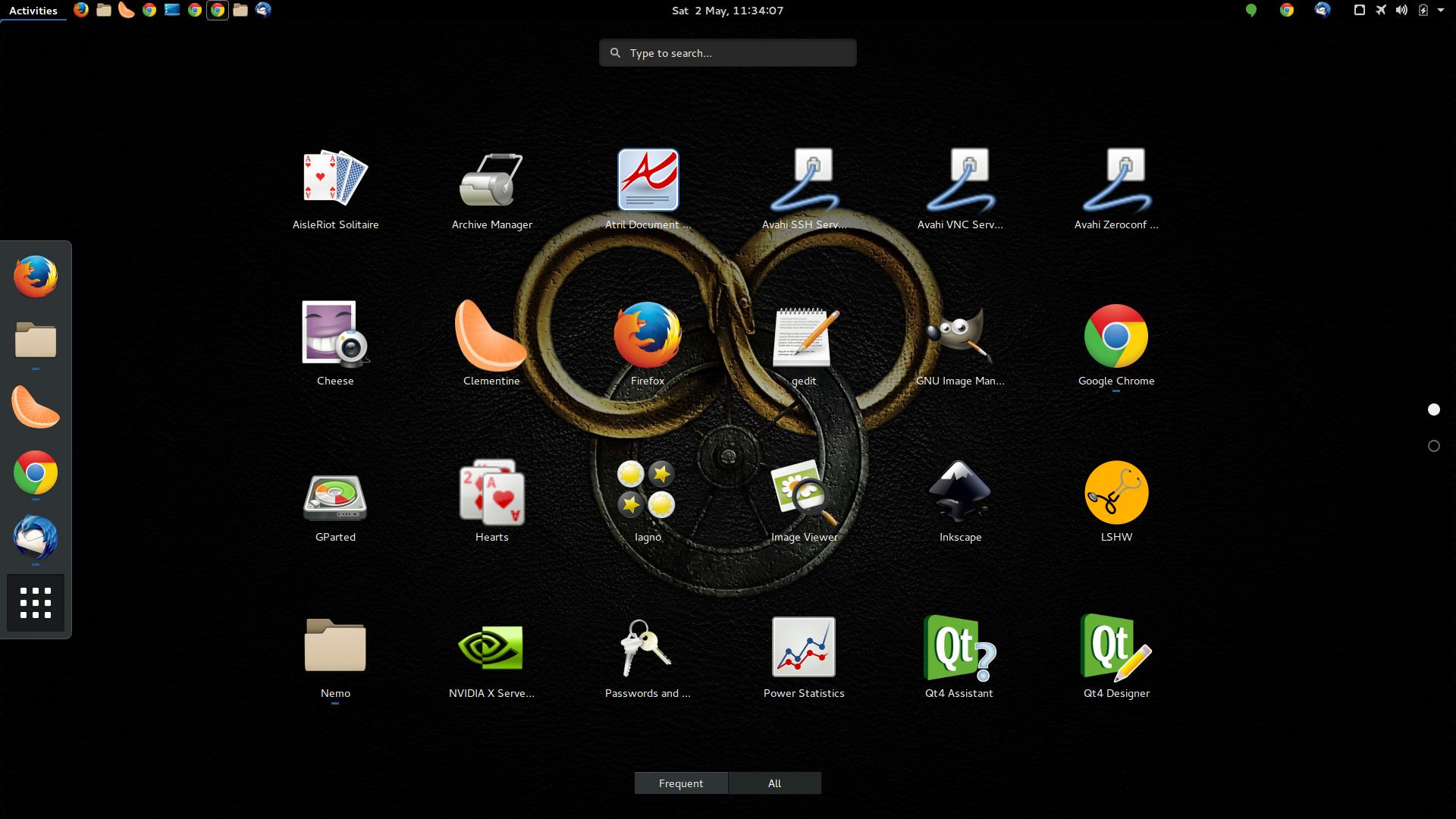 Or right click an icon and Add to Favourites: 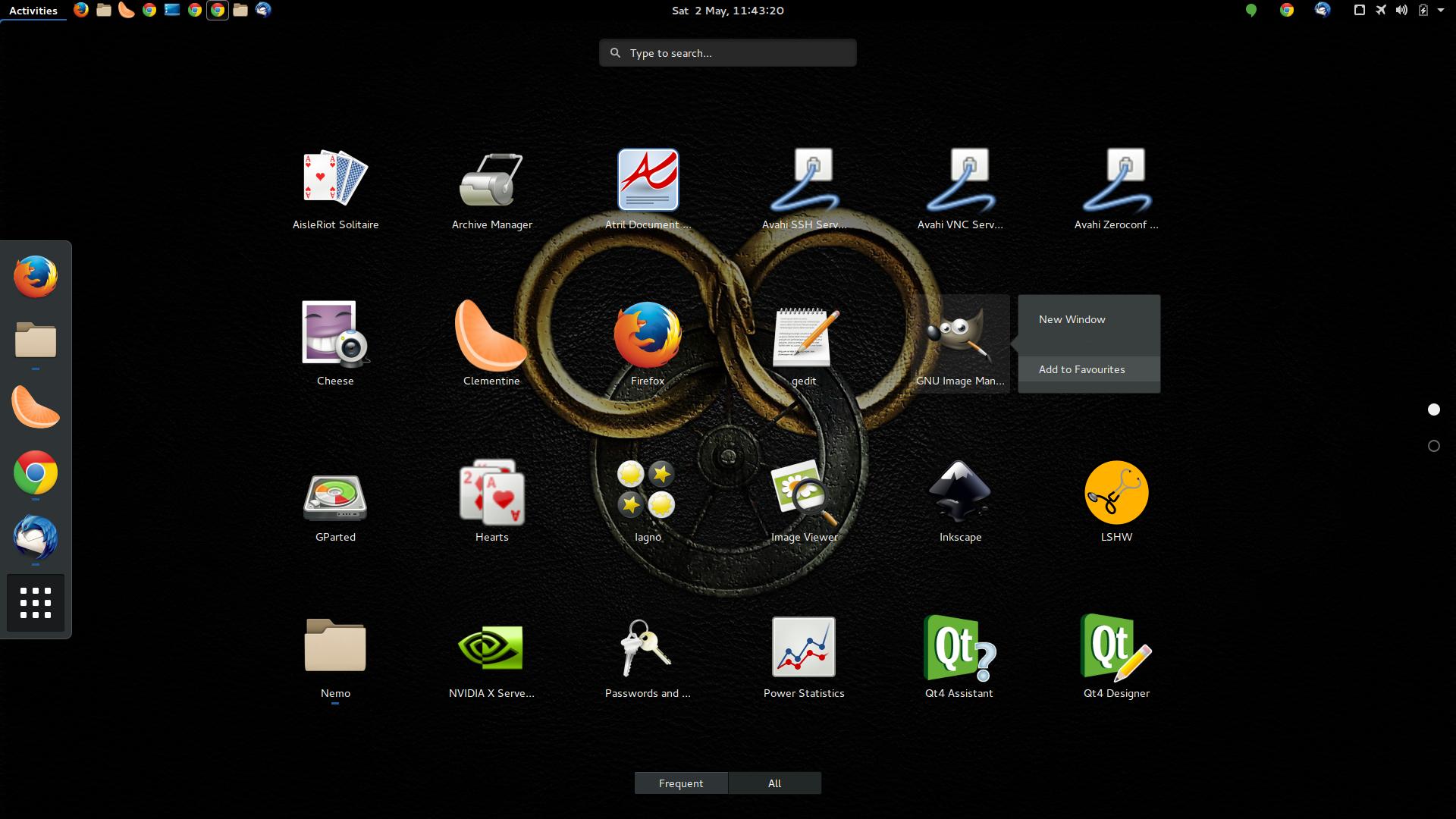 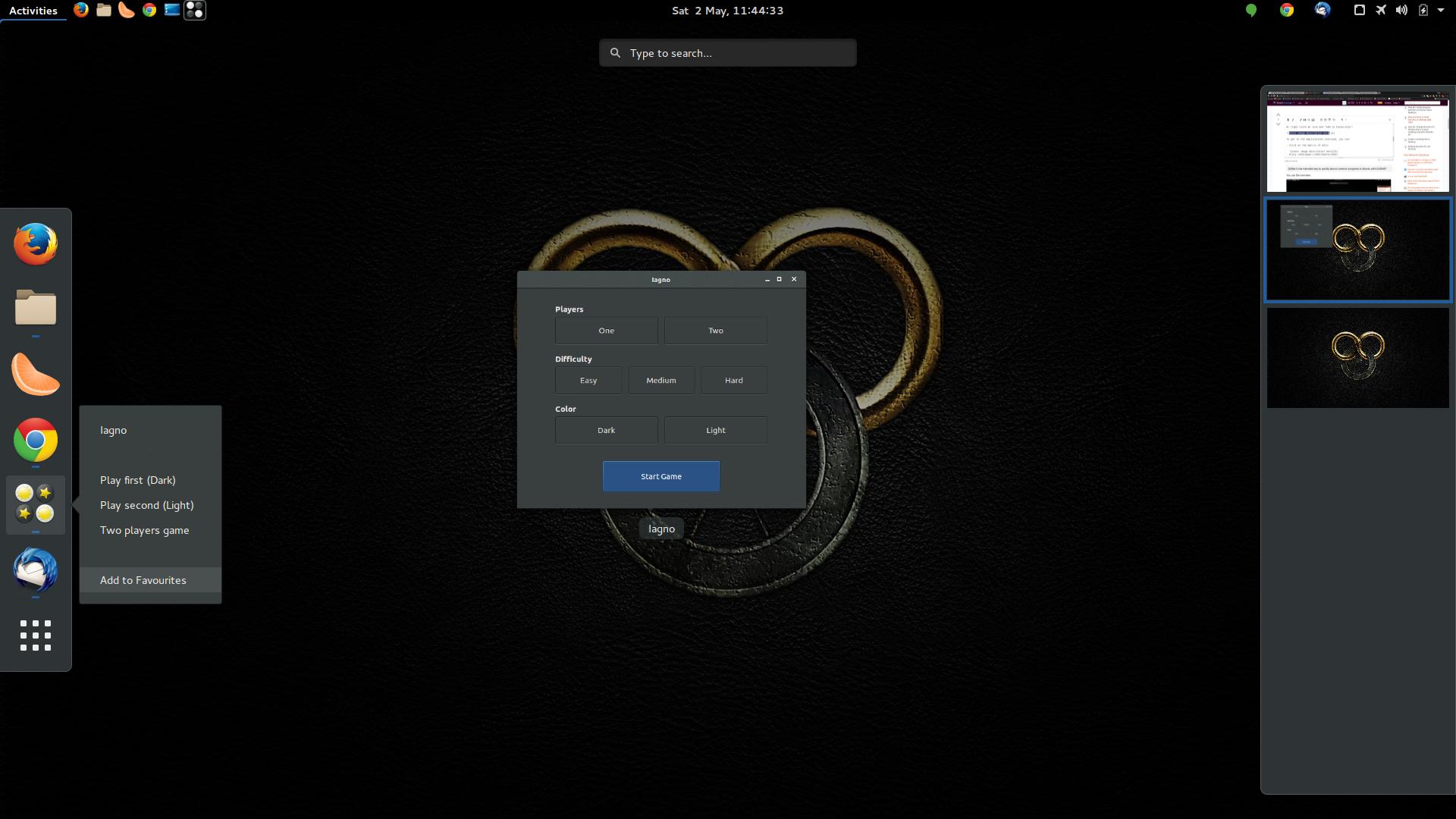 To get to the Applications overview, you can do any one of:

If you use an application often enough, it will get added to the Frequent section in the Applications overview. 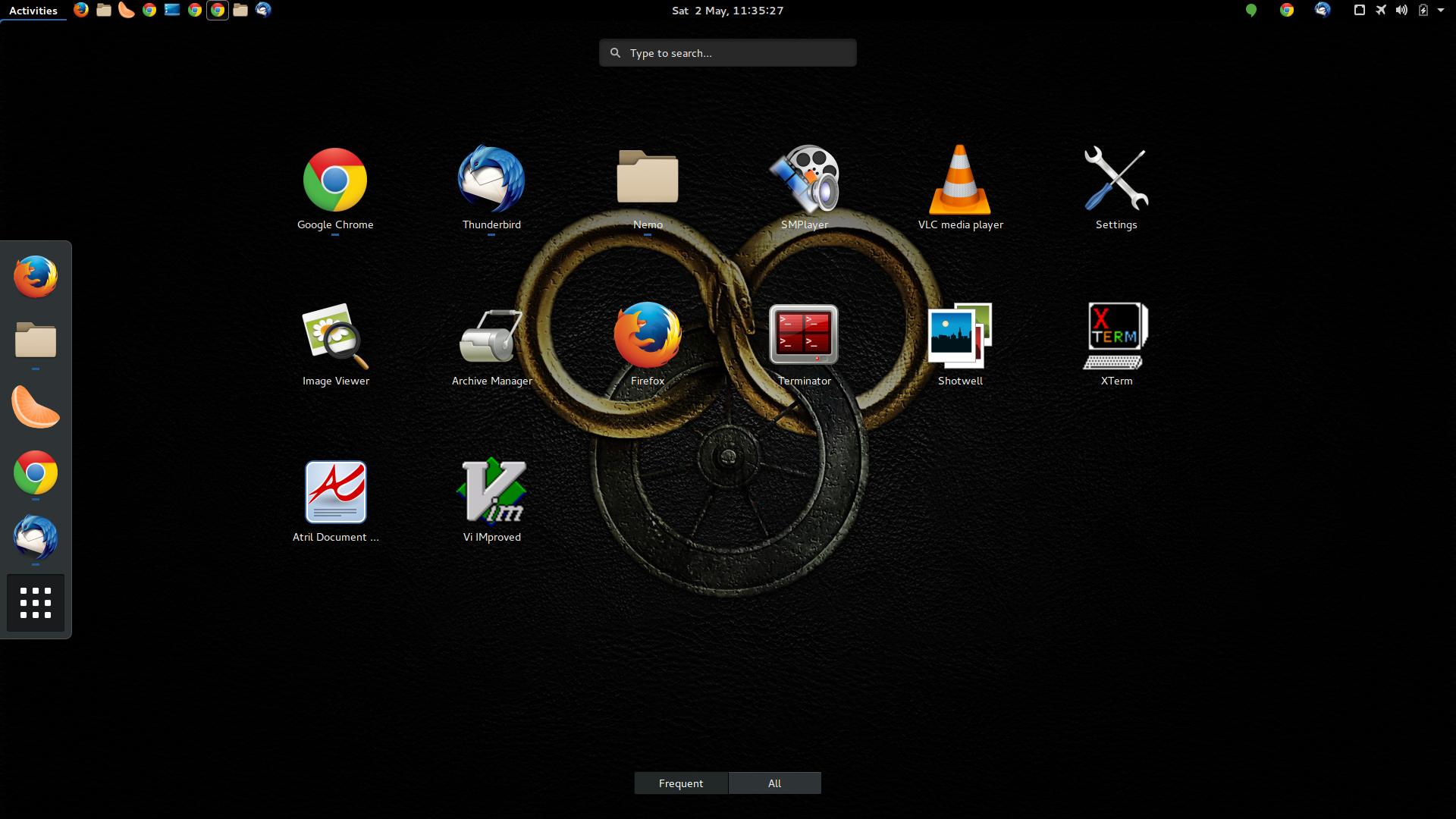 So, the short answer is:

You don't use the desktop for launchers.

It might take some time getting used to this.

TL;DR : Linux calls it "Create a link", Windows calls it "Create a Shortcut". Same stuff, different wording. It's not hard, it's just how everything was designed. Windows' design is actually what's confusing users, because what it does is named different from what it shows in right click. And back to basics from this Wikipedia article

If you ever have tried opening windows partition with linux you will see that essentially, a windows desktop shortcut is nothing more than a link file. Now, just because windows days "create a shortcut" doesn't mean that unix-like file system has to call their way of doing think "create a shortctu",too.

For instance, bellow you will see a screenshot of my windows desktop opened with Ubuntu's default file manager - nautilus. Highlighted is a shortcut to Open Broadcaster Software , which is used to broadcast videos on sites like twitch.tv 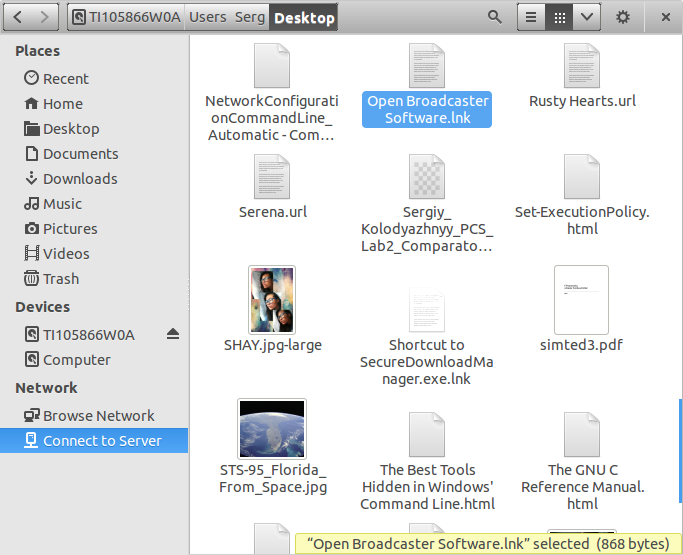 Now, unix-like systems have implemented creating links to files and folders long ago before windows existed. If you right click in Nautilus, you will see a line saying "Create a Link". Same idea as windows shortcut ( which is actually a link, but windows calls it shortcut ) !

Bellow you can see my folder, with a link created to a solitaire game. 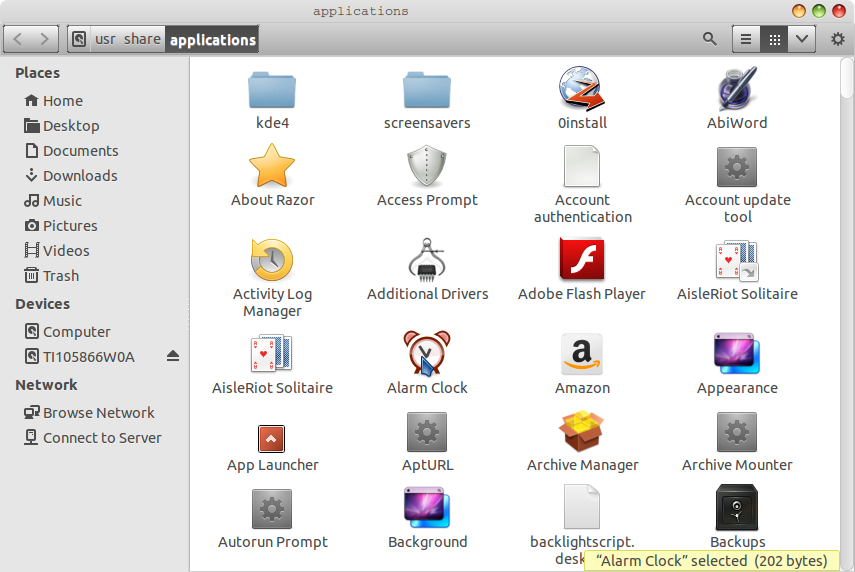 Not the answer you're looking for? Browse other questions tagged gnome launcher or ask your own question.

279
How can I create launchers on my desktop?
28
How to edit the Applications Menu in GNOME 3?
0
Which Gnome environment is going to appear in Ubuntu 18.04?
1
Why isnt there a create launcher on desktop right click?