I've been trying to install MS Visual Studio Code after it was announced today, on my Ubuntu 14.04 computer. I've read the official docs and setup from Microsoft and I've read an answer to a question on this forum that asks for the installation process of Visual Studio Code.

But my question is specific, when I attempt to extract the downloaded zipped file to a new folder (as suggested by Microsoft), I get this error.

Even when I skip the extract to another folder process and directly double click on Code, I still get the same error.

Unzipped from command line. It looks like everything was unzipped, but then when I double click on Code, nothing happens at all.

If I try to run Code through the terminal instead, I get this, and nothing else happens - 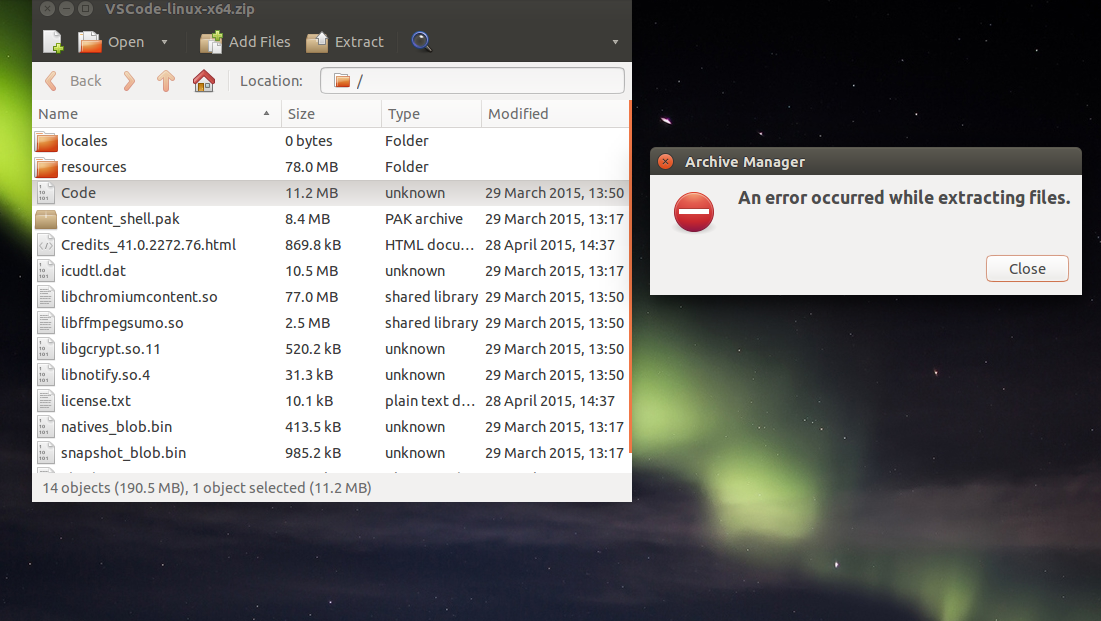 cd to the directory where you have downloaded VSCode-linux-x64.zip and run unzip VSCode-linux-x64.zip -d ./vscode to extract the contents of downloaded .zip file to a folder vscode. I did it and it did not give me any error. I could not run it by clicking Code because I am getting -bash: ./Code: cannot execute binary file: Exec format error, mostly because I am using 32-bit linux.

Not the answer you're looking for? Browse other questions tagged software-installation ide zip microsoft or ask your own question.

167
How do I install Visual Studio Code?