What is Ubuntu's equivalent of an exe file? [duplicate]

Sometimes I want to install a program when offline. But apt-get downloads as you install.

Is there a way to install a program, like you would install a .exe, on Ubuntu?

To download software and dependencies without installing them. The .deb files (pretty much equivalent to Windows .exe installers), are then downloaded to /var/cache/apt/archives/

Unless you've issued apt-get clean pretty much anything you've ever installed via apt-get should have the .deb files stored there.

Also you can install the .deb files via dpgk -i but you have to remember to install the dependencies (and their dependencies and so on), first. Or you should also just be able to double click a .deb file in your file browser and Software Center should take care of it for you.

For example: I want to install gedit (which is included with Ubuntu normally so it won't download tons of dependency .deb files). But I have a system that, for whatever reason, doesn't have gedit and has no internet connect.

So first, on a computer connected to the internet, I run apt-get install --reinstall -d gedit (because if you try running apt-get install -d gedit on a system with gedit already installed to the latest version it just tells you it is already installed), which then goes through the normal process of downloading the package (in this case there are no dependencies), and then stops.

Then I locate the file under /var/cache/apt/archives/ ...

... and move it to the computer which needs gedit installed and install it, in this case using the Software Center. 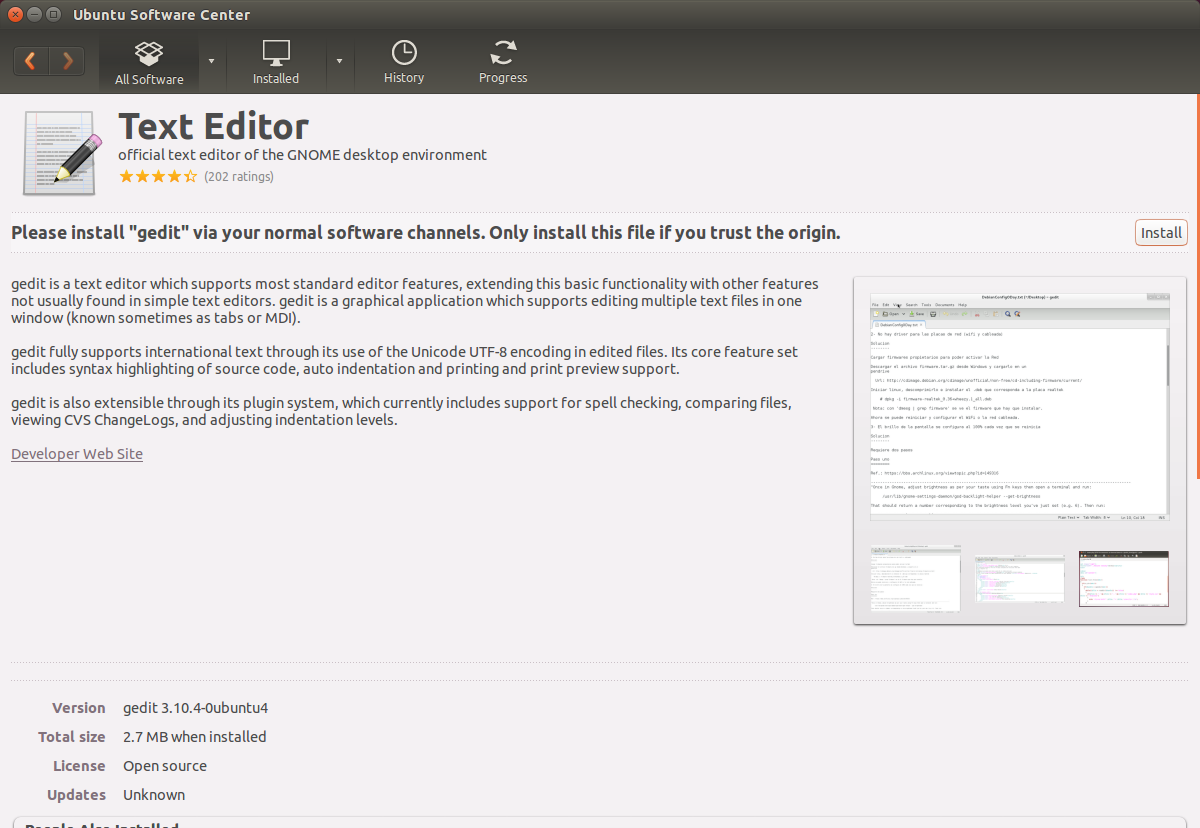 Not the answer you're looking for? Browse other questions tagged 14.04 software-installation or ask your own question.

1135
How do I install a .deb file via the command line?
263
How can I install software or packages without Internet (offline)?
-1
How to install apps without software centre

1
Decrypt Axcrypt encrypted file
1
Where place executables and how show them in the menu?
0
How to get a downloaded file to run / install
0
What dependencies does Kdenlive 16.12 or above need to have in advance?
0
repository and update but what then..