Is there an SSH client which duplicates commands to multiple terminals?

I'd like to control several ssh connections from one terminal. For example, I would type ifconfig in the main terminal and all the other ssh connections would run ifconfig. That's what offered PuttyCM on Windows for example.

This may be a very simple question but I did not manage to find such a ssh connection manager. I would not be too hard to code but it surely already exists. Could you give some hints?

Cluster SSH is used to start multiple SSH connections in separate terminal windows, with a common input box. You type in the input box and the keystrokes are sent to all the connected terminals.

Use a terminal emulator with broadcasting

Terminator, for example, is a terminal emulator in which you can broadcast keystrokes to a group of terminals.: 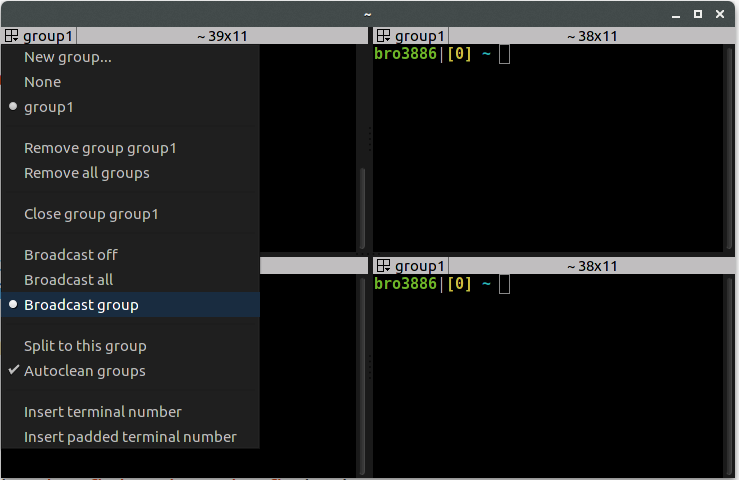 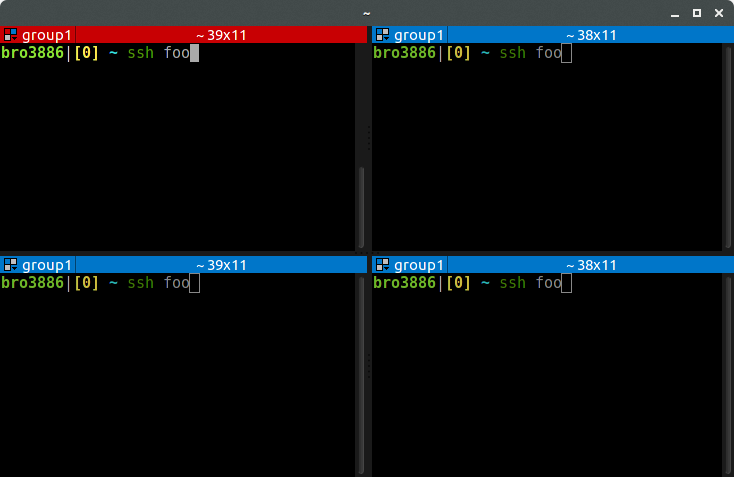 Depending on how many connections you make, Cluster SSH might be the better option. However, it uses xterm for the terminal emulator, which may not be what you are used to. It is, however, much more easy to get started with a number of connections using cssh, than to create a lot of splits and group them in Terminator. For example, this is what cssh osl-{01..95} gets me: 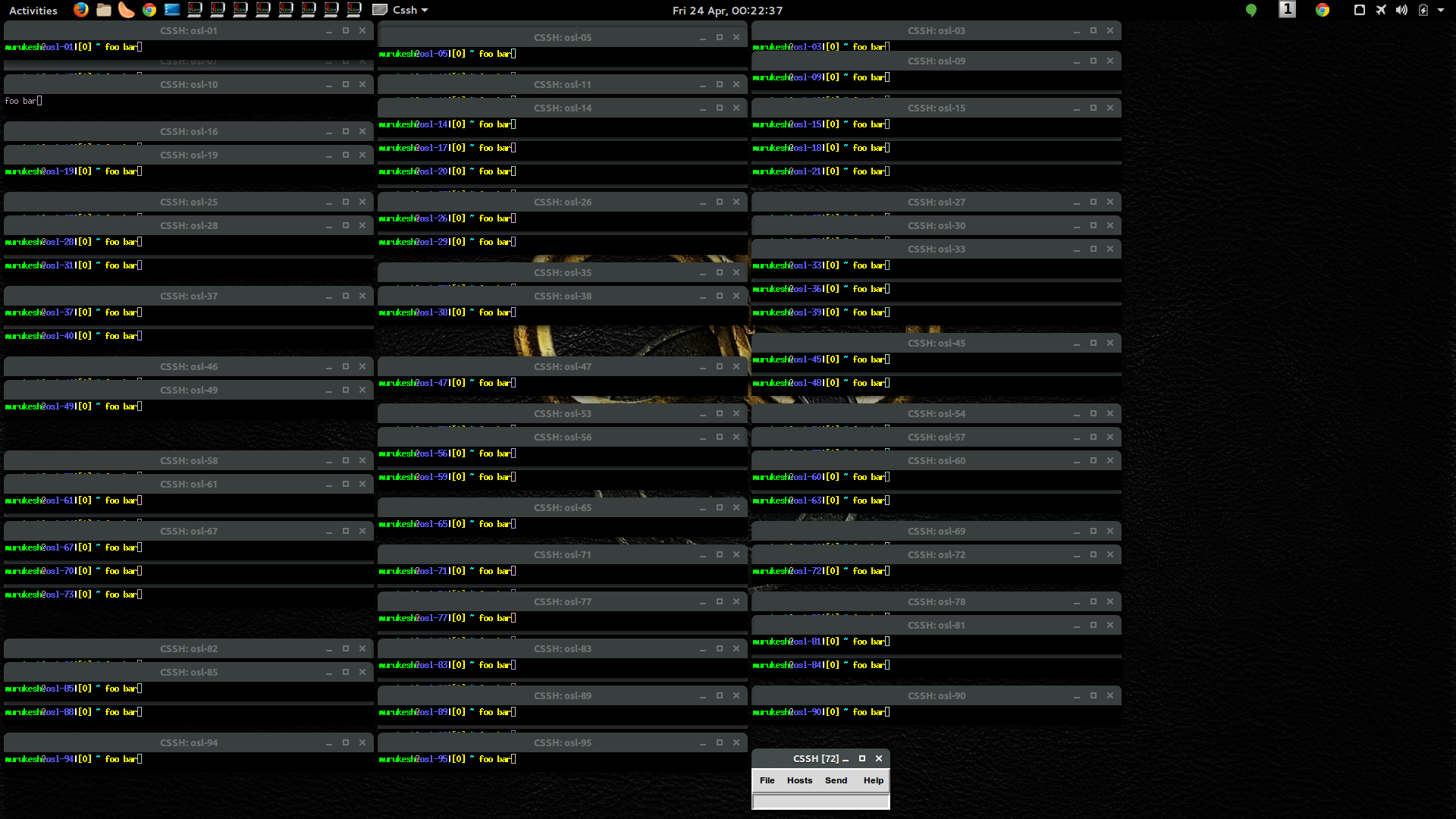 The terminal windows were are all resized and tiled nicely. The gaps are for windows that were closed because the connection failed.

There are many options to achieve what you want. My favorite is pssh (Parallel SSH). It can run commands parallely on multiple hosts and have variety of options.

You can install it by:

pssh has some added advantages like it will be installed with parallel-scp, parallel-rsync binaries to do as their names suggest.

Here is an example to run whoami command as user foobar on two hosts using pssh:

Check man pssh or here to get more idea.

3
How to execute a command in multiple Terminals by executing a command in only one?
5
How can I install software on my client using my Ubuntu Server?
1
Run Terminal Commands simultaneosly on multiple systems on the same network
0
Remotely log into multiple computers and run a python script

7
Finding the ip address of another computer on the network?
5
How do I setup multiple minicom / Cisco console server sessions without too much hassle?
5
How to change my home directory?
1
Need a web shell
0
every month ssh stuck (and not only ssh)
0
How to copy clone folder to remote computer in one line?
0
Setting up SSH Server
19
Seeking an "operator present" indication for a remote system accessed over ssh