What are my partitions?

This is the first time I made my laptop 100% Linux. I installed the latest version of Ubuntu 14.04.2. I am a windows user and in the ubuntu installation I selected "Erase Disk and Install Ubuntu". After the installation I expected to see some partitions in Devices > Computer just like how I can see partitions like C: , D: etc in windows.

But inside that I could only see some folders. So I decided to check for the partitions using the terminal. Below is the screenshot. 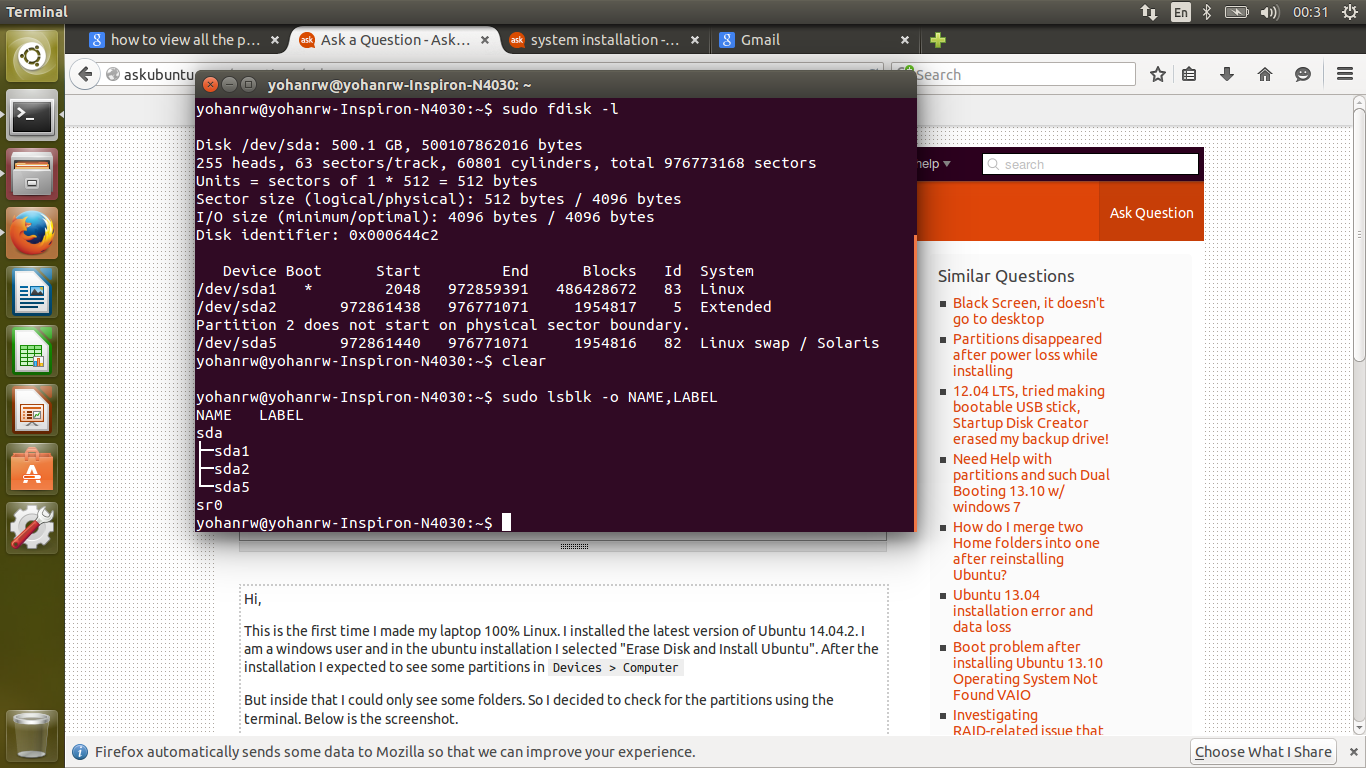 I copied the commands from internet and I have no clear idea about what my partitions are. Can someone please help me to identify my partitions?

Here is the output of lsblk as requested

Below is the screenshot of gparted. 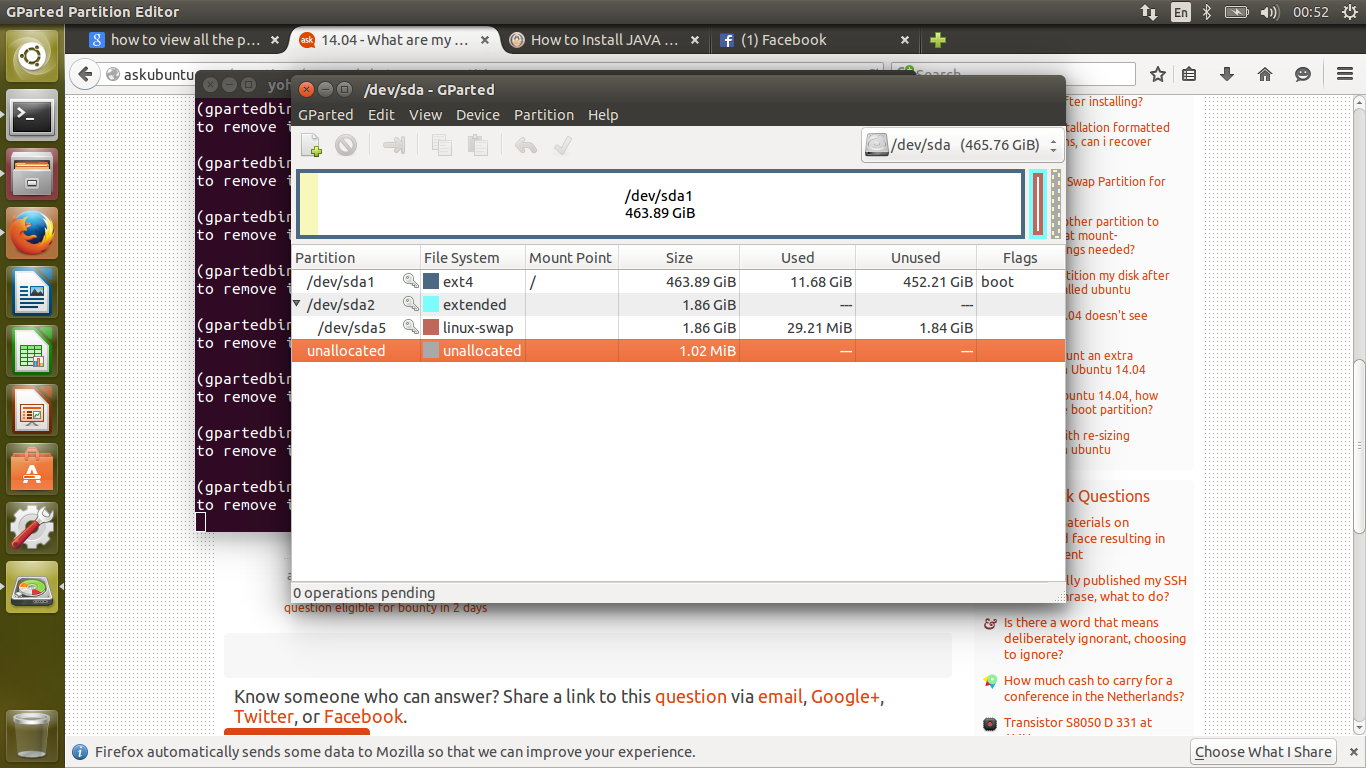 hmm.. Seems like I have only 1 big partition. Can some one please help me to "re partition" this to atleast 3 partitions?

From the fdisk and lsblk output we can see that:

The only partition you should expect to see is the root partition, since swap isn't for direct usage. It will look something like this: 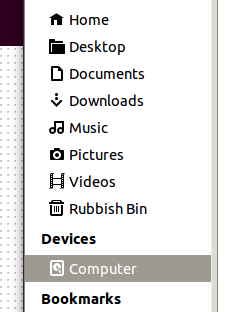 As for re-paritioning, note the key icons next to all the partitions - they can't be modified. And that's because they're all in use. To modify them, you'd have to boot to a live CD, so that they're not in use. See Why I'm seeing a lock besides the partition I'm trying to modify with gparted? or How to resize partitions?

Muru's answer is correct; however, there's another issue implicit in your question: Why do you want to create partitions?

Linux and Windows use partitions in very different ways. Windows users often create separate partitions to hold the OS, user-installed programs, user data files, and perhaps for other reasons. Under Linux, OTOH, separate partitions are often created to hold swap space, kernels, user data files, temporary files, and for other reasons. The list of reasons to create partitions in each OS is not identical, although there is some overlap. If you're coming at Linux from a Windows background and try to apply typical Windows partitioning strategies, you'll end up with something sub-optimal at best, or dig yourself into a hole at worst.

My own recommendation for new Linux users is to keep it simple. Create three partitions for Linux:

By default, Ubuntu creates the first two of those partitions but does not create a separate /home partition. In some cases, you may need to create other partitions. A separate /boot partition holds kernels and is a practical necessity if you're using LVM or some types of RAID setups, for instance. Advanced users might create partitions for /var, /tmp, /usr, or other purposes. In most cases, though, the three I've outlined in the bulleted list are adequate.

Notice that you should back up your data since changing something on your partitions comes with a risk of data loss, especially in case of a power failure.

Not the answer you're looking for? Browse other questions tagged 14.04 partitioning or ask your own question.

238
How to understand the Ubuntu file system layout?
124
How to resize partitions?
36
Why I'm seeing a lock besides the partition I'm trying to modify with gparted?
22
What does the term “Extended Partition” mean? Is it safe to use this type of partition?

0
how to get the correct partition to boot
0
The volume boot has only 40mb disk space remaining
1
Ubuntu 14.04 doesn't see partitions
2
How to combine separate partitions created by initial install of kubuntu
1
Ubuntu after Windows 7 disk unrecognized
7
Give more Hard disk space to Ubuntu
1
16.04 Reallocate Partitions on Dual boot system
0
RAID disk size is less than display in SSA on HP Proliant DL380 Gen10
2
Merging partitions, and preserving the data