How to read package description or man page without installing?

How can I get information about a package before installing it, from the terminal?

I mean something like man pages, but accessible even before the package is installed.

not as extensive as manpages but I think this is what you are looking for:

you can also search for related packages:

In practice, viewing a package's brief description (as mchid suggests) is usually what you'll want to see, to decide if you want the package. However, if you like you can view a manpage provided by a package that has not yet been installed, using the dman utility.

dman is provided by the bikeshed

package. You can install that in the Software Center, or with sudo apt-get install bikeshed.

dman is a script that retrieves manual pages over the Internet and displays them, so you have to be connected to the Internet to use it successfully. (But you probably are, because in your specific scenario you're about to install a package.) It also often runs slowly, so be prepared to wait several seconds.

If dman's database doesn't have your release, you can specify another.

Due to a bug dman doesn't work right on some releases of Ubuntu. For now you can get around the problem by viewing another release's version of the manpage you want (this workaround was suggested by Marius Gedminas in a comment on the bug report). You use the adjective part of the codename, in all lower case (e.g., precise from 12.04 Precise Pangolin, trusty from 14.04 Trusty Thar). For example:

Of course, you can also simply browse the manpages on the web. If you want to do this from the command-line, you can use a text-based web browser.

If you like, you could even define a function in .bashrc so you have a command that opens up a text-based web browser and searches for the term passed as its argument:

For that particular function definition to work, the links2

package must be installed. It will cause the wman function to be defined automatically in each newly created interactive shell, but not in shells that were started before .bashrc was edited (you could simply run the function definition in those shells, though).

Then I can search for manual pages, and select between pages in different sections of the manual, for whichever Ubuntu release's version of the manual I like:

I recommend installing debian-goodies package which will give you access to the dman, debman, debmany, and debget commands, and many more. Install it with:

dman has already been covered by Eliah Kagan.

Now you know dman is both included in bikeshed and debian-goodies.

You can use debman to read man pages from uninstalled (not installed) packages.

In these examples I want to read the man page of dman from package debian-goodies:

Or if you're looking to read man pages for a specific version, use:

Just for clarity, here's another example, I want to read the man page of apt-get tool which belongs to the apt package:

So you need to know the command which you want to read it's man page belongs to which package.

You can download packages with debget and read them manually with your favorite app:

man pages and other documentation are included in .deb packages, they can be found in:

Or you can use debmany to view all documentation using terminal:

You can also use it for installed packages:

When I'm on my android phone and sometimes even when I'm on Ubuntu I will use internet to view man pages. Another benefit of internet browser is ability to easily search with Ctrl+F. In your browser search bar you can type man ls and this is the first hit: 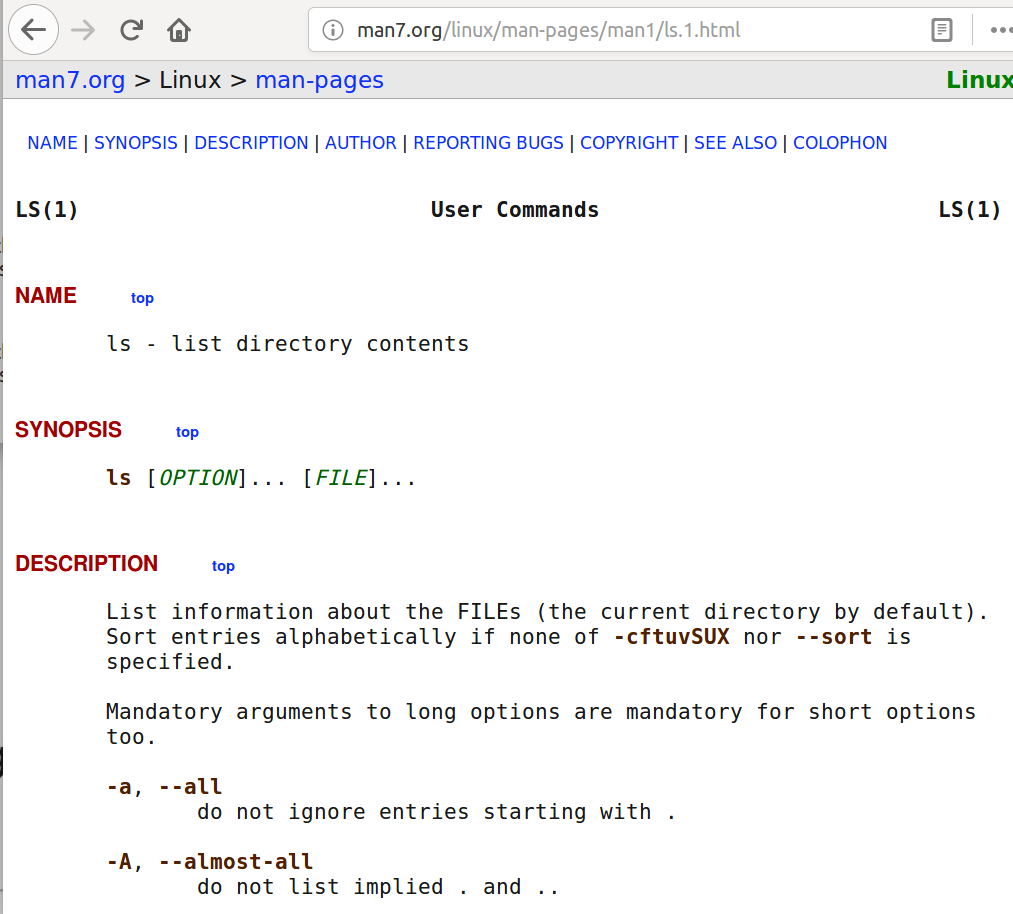 In my Opinion you can't read the documentation without installing the package. when you install any specific package you may have noticed some additional files also gets installed one of which is named as 'man-db' or something similar.

This 'man-db' actually contains the manual documentation about the package.

but you can see some basic details of the package by

Not the answer you're looking for? Browse other questions tagged package-management documentation manpage or ask your own question.

1
How to get a manpage for software without installing it
5
How can I browse view missing manpages from the command line?
0
how to find information about not installed packages
153
Browsing the internet from the command line
52
Is there an apt command to download a deb file from the repositories to the current directory?

7
How do I perform full text search in man pages?
7
Can I get man pages without installing the corresponding packages?
0
What does man page for pmap look like on 12.04?
5
How to follow a link in man
13
Linking to man page sections?
1
Man page based on package name?
5
How do I install a man page?
3
What package provides system call man pages on Ubuntu?