I have created a bunch of chrome application shortcuts - gmail, tweetdeck, etc. They all launch in tiny windows in the upper left of the screen (see screenshot). It's easy enough to resize/maximize them - but I would like to know what controls their placement and sizing, and then be able to fix it? I've tried using compiz to maximize the window on launch but it doesn't work (compiz works fine for selecting which workspace to place it on, just not resizing). I expect there must be a setting somewhere that dictates this - any ideas? 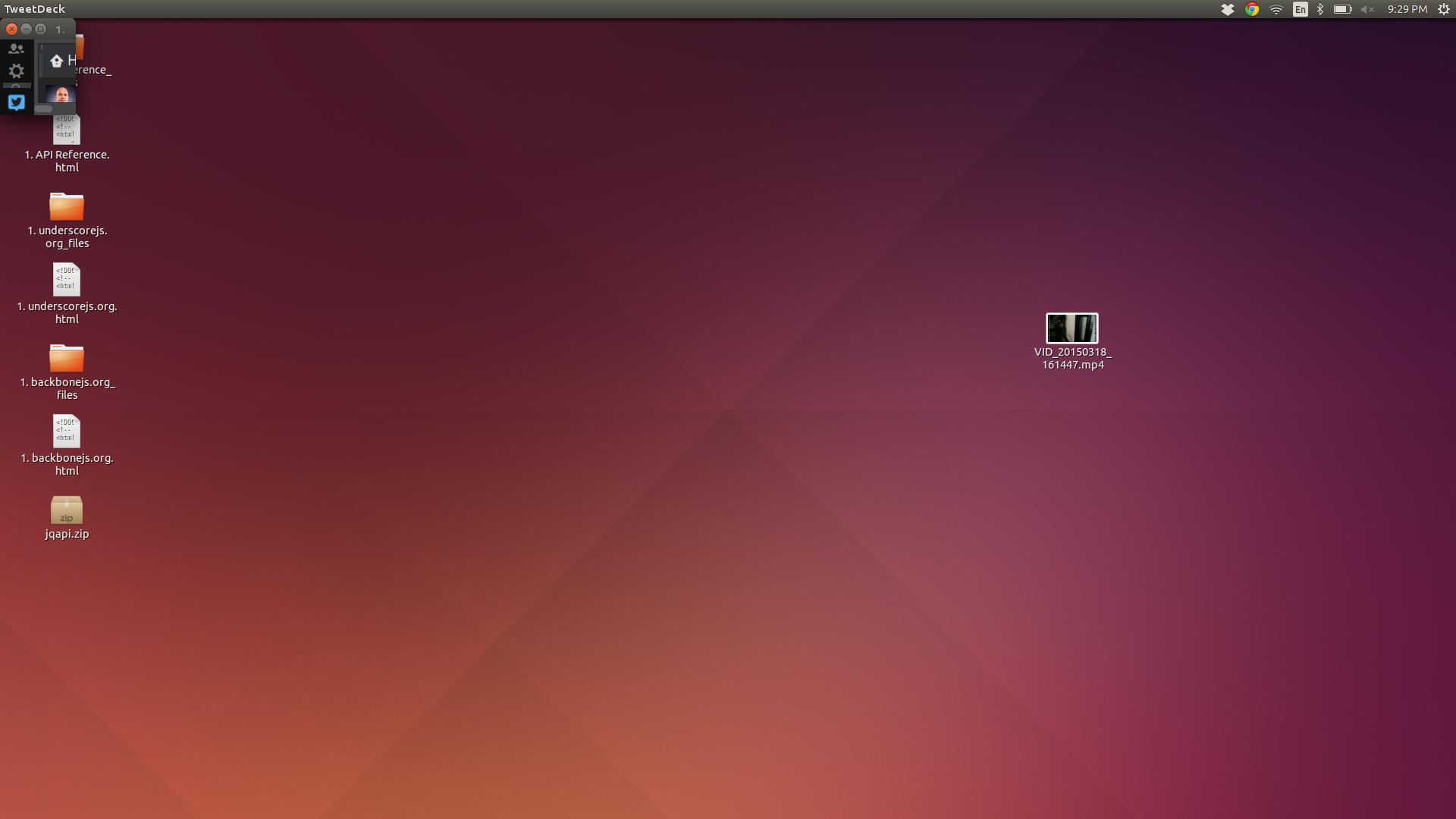 Just to see what happened, I created some webapp- launchers. What you describe occurred to me as well, but in an unpredictable way; sometimes it happens, sometimes it doesn't.

Opening a webapp window with a pre defined size

To guarantee that a newly created window of a certain application has a certain size, turned out to be a bit more complicated than I anticipated. I think however that the solution below works elegantly.

What it does and how to use

The solution below redirects the command to run the webapp to a script. The scripts runs the command, waits for the corresponding window to appear (waiting for the pid of chrome to produce a new window) and resizes it to the size that you define.

Looking inside the webapp's .desktop file, you see in the Exec= line (as you mentioned) a command, looking like:

After you made the setup below, all you need to do is to replace the command in this (or any other webapps-) file to:

The last to figures in the command are the horizontal/vertical sizes of the window (in %, related to the screen size)

Not the answer you're looking for? Browse other questions tagged unity compiz google-chrome or ask your own question.