I use latest version for Linux (Alpha16 Patch3).
According to official guide:

But I can't find "Install" button: 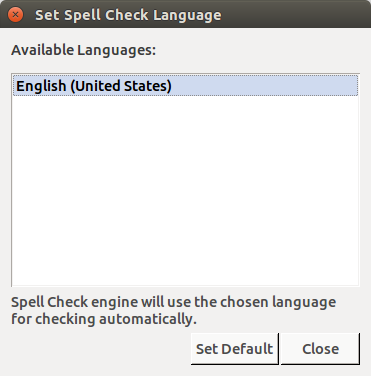 How to change spell check language?

The extracted directory from downloaded archive (e.g. en_US, fr_FR, etc) can be put in /opt/kingsoft/wps-office/office6/dicts (all users) but also in ~/.kingsoft/office6/dicts (for each user).

Some dictionaries come with improper names. In each language-folder (e.g. fr_FR) the files have to be renamed so the package of each language has (at least) three files with the following names: 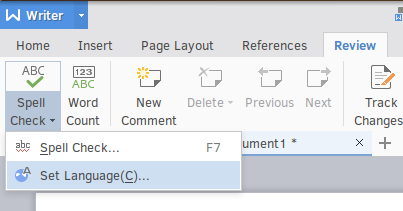 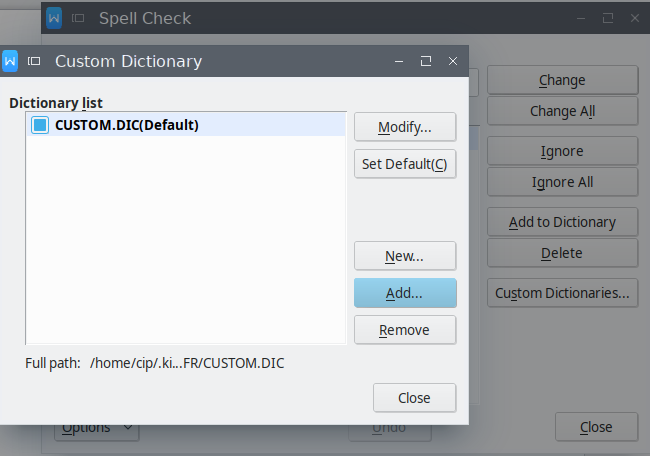 And there added from any location without changing their names - only then resulting in them being listed as indicated initially under Review --> Spell Check --> Set Language --> Set Default. 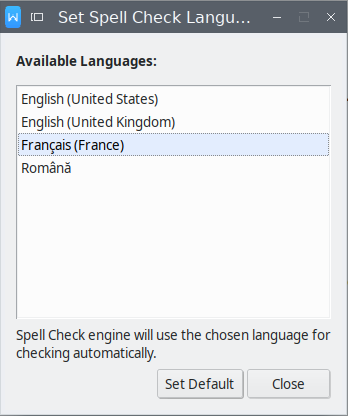 I had a slightly different issue/variations: Running Ubuntu 16.04 and installed WPS Office via Snap

(First issue (off-topic) was a complaint about symbol fonts so I had to find and install them.)

With a Snap installation the dictionaries for me are installed under ~/snap/wps-office/1/.kingsoft/office6/dicts

Just don't extract the zip in a way that results in the files being owned by root. WPS Office won't be able to read the files (I learnt the hard way).

It's possible I didn't have to "add custom dictionary"; I can't be sure now, but I've since deleted their entries and I can view and switch my dictionary "Review > Spell Check > Set Language > (Default)" as normal.