I need to take an image of my Ubuntu 12.04 physical machine and keep it in a hard drive. I downloaded VMWare Converter Standalone, the only version I found as tar.gz is version 4. All the newer versions come as .exe only. Anyways, I followed instructions but then at this step: 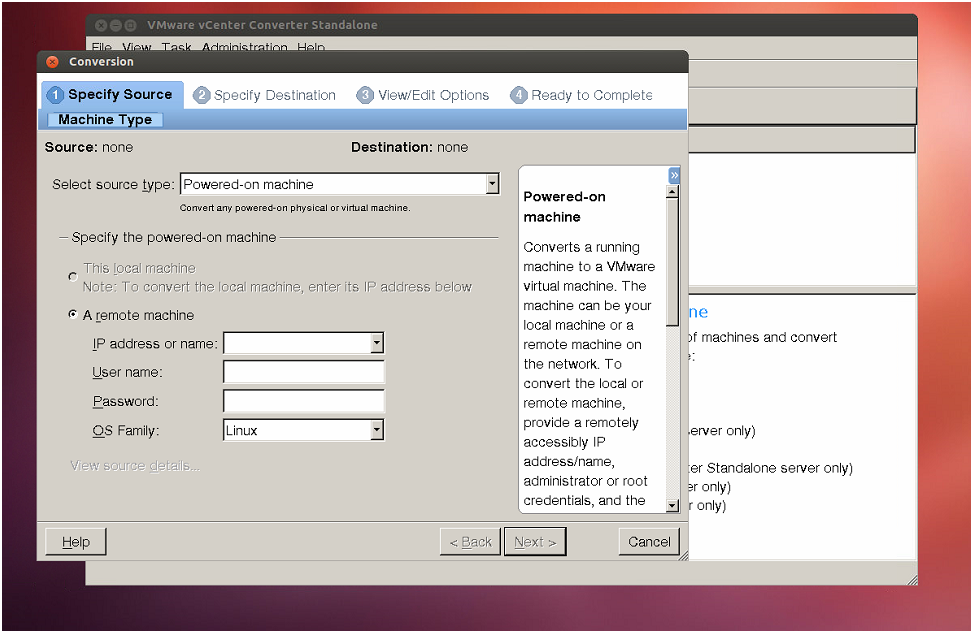 The This local machine option is disabled. I moved on with the second option writing the IP address of my local machine then at the next step, I couldn't specify a hard drive as a destination: 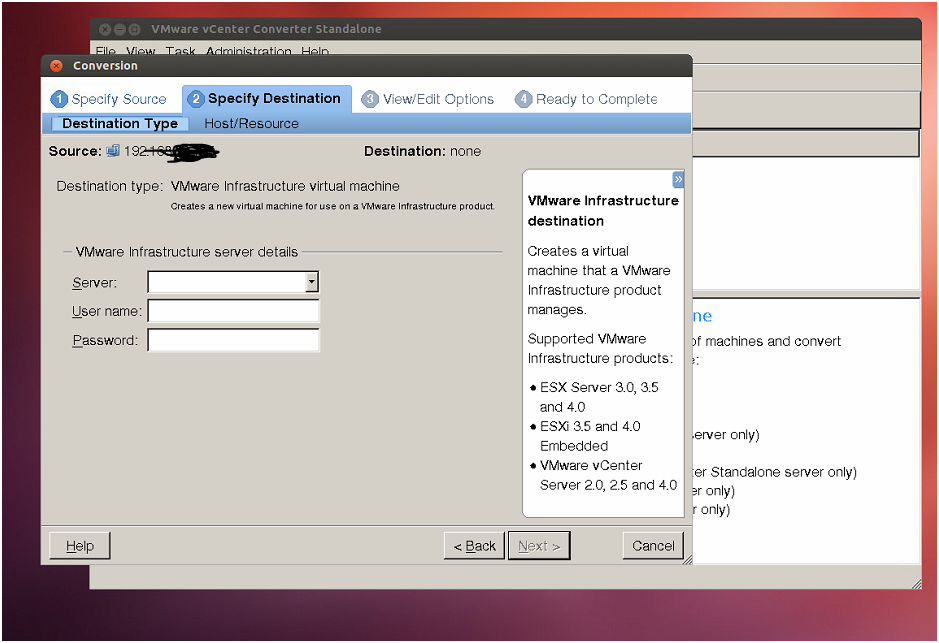 Even though I can do it on Windows normally: 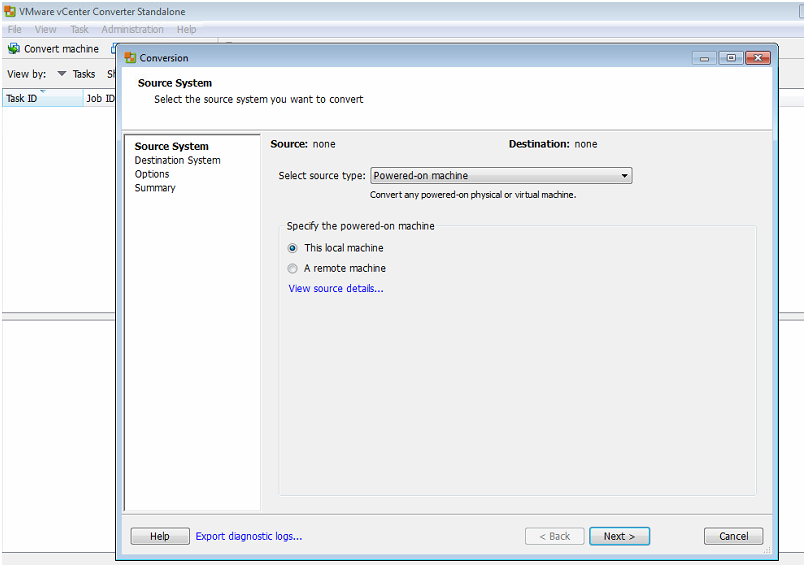 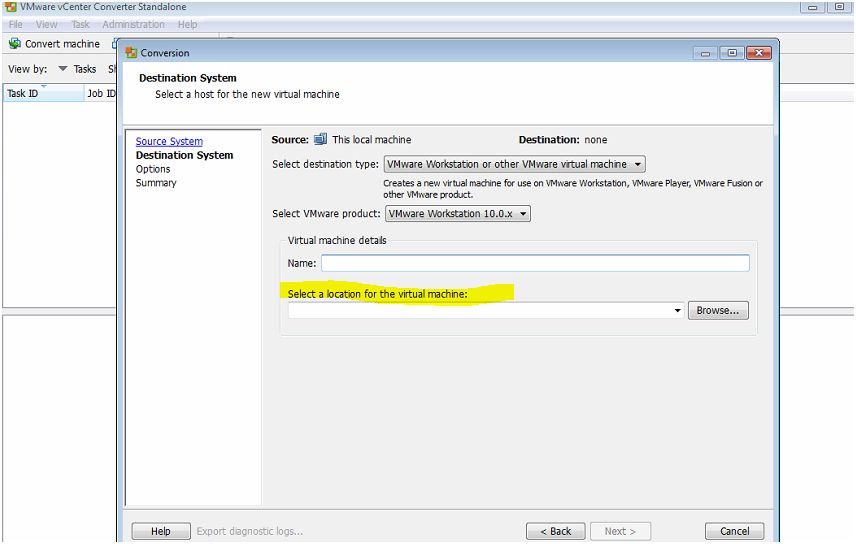 I want to take an image of Ubuntu Desktop and store in into external hard drive (1 TB) which is mounted on /media/hdd Later I want to install this image using VMplayer or any similar tool.

To dump: is this the right way to write the command?

and what's the output file? Does it run on VMplayer? I'd appreciate more details on the steps.

I don't expect the exe version to work like you expect since they run in wine.

You absolutely should have a second disk in your PC and you should boot a live or backup system in order to create an image from your system. Booting a live system should never be dangerous to your current OS.

The most straight forward approach is this. It won't give you any software related problems:

Use dd (disk dump) to create an image from your disk, something like:

(if is input file, of is output file, bs is block size and 1M will speed up the transfer.)

After that convert the image using qemu-img:

You may delete /media/hdd/disk.img as soon as your VMWare works.

Be aware that you temporarily need up to twice the disk space of the size of your source disk, which means you cannot dump the system without a second hard drive.

Be careful with dd, if you output to disk (of=/dev/...) instead of a file, you will destroy your data on that disk. Apart from this it's totally safe. I did this a thousand times without backup ;)

Afterwards you can simply create a new virtual machine with similar specs as your real system. Then instead of creating a new disk choose the one we created using qemu-img.

Another idea: probably you can convert directly from disk

but I haven't tried this yet. Would speed up the process by 90%

Note: you should boot a live CD for execution of DD else some data on the disk.img might be corrupt. This should not be a problem since most data that is modified (logs, temp) is not vital to a system. But eg. databases will be broken (in theory).

If you cannot boot a live CD, please run your system with as few processes as possible. Usually you can achieve this in Linux by calling sudo init 1. This will shutdown your GUI session and bring you to a text mode login.

Not the answer you're looking for? Browse other questions tagged backup vmware disk-image or ask your own question.

2
ubuntu 12.10 vmware tools installing takes for ever
0
Can't boot into any OS on my computer, what should I do? [Ubuntu 12.10]
0
Backup/Restore System Folders on new VM
0
Cannot rsync to secondary HDD on remote server; boot drive works fine
2
Converting a physical Linux Machine to use in VMWare
0
Super slow mksquashfs involving Wine?