How to prevent munin from drawing “warning” lines on graphs?

I've noticed that graphs with lots of values which have min/max warn limits look extremely crowded - all these min/max limits are drawn as lines via rrdtool HRULE. I haven't found a way to disable drawing of these warn lines.

I still need munin to check for these warn values (which makes graphs red, sends emails, e.t.c), but I don't want to see warn lines. I typically know where they should be.

Any suggestions how to disable drawing warn lines? 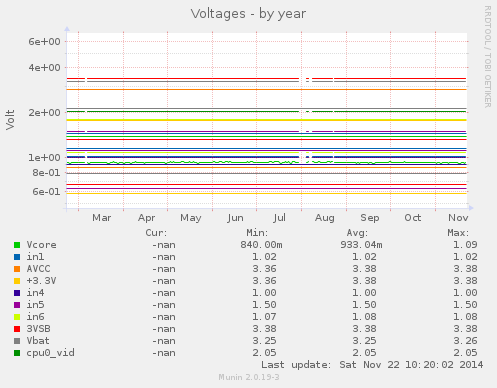 I made plugin to monitor the room temperatures at home. I ran into same problem as you are and I've noticed that the graphs are only showing the warning lines.

Having only critical values, kinda “solved” the problem. I simply commented out the warning fields in my plugins code:

Warning lines on the graph 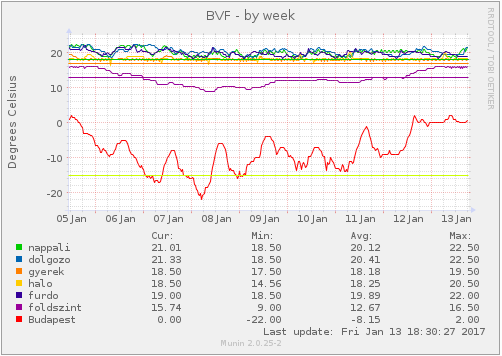 Graph with only critical values 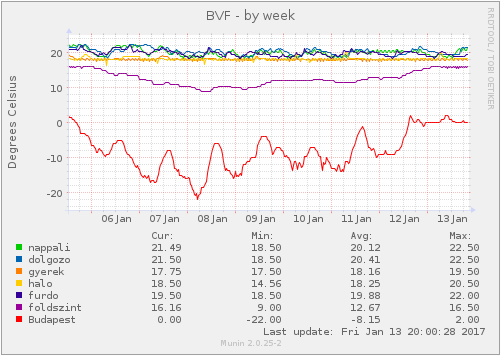 If one of the values are outside of critical ranges, the graph will show up with red border as usual.

I don't know if it's bug or feature.

Update: I spoke with the munin folks on the official IRC channel and they suggested to report this as bug and try fix munin itself.

Not the answer you're looking for? Browse other questions tagged munin or ask your own question.

1
Munin on Ubuntu 16.04 - Empty network graphs
0
How to get munin to monitor and show CPU temperatures