My problem is that every five minutes my screen is getting dark and then asks me for a password.

How can I turn off the password request after computer's standby wakeup? Please show me where I can find the settings to disable the password.

Once you entered on the System Settings, click on Brigtness & Lock.

You can access to the screensaver settings on System --> Preferences --> Screensaver Settings and then uncheck Lock screen when screensaver is active. 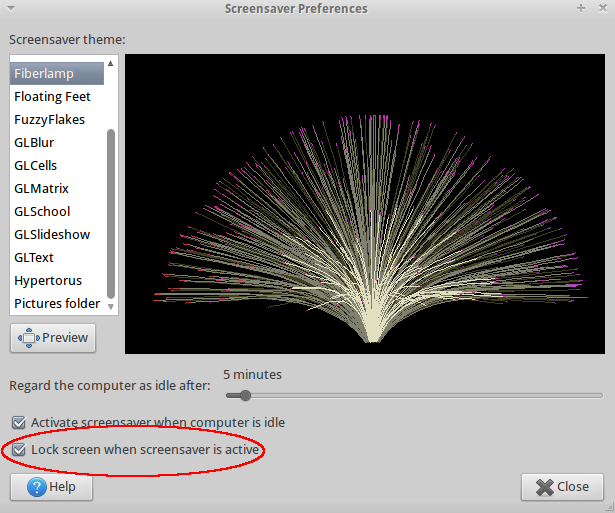 This doesn't exactly answer the question, but it is another approach to the issue.

A couple of versions of Kubuntu ago, I couldn't figure out how to turn this off either.

Since I was kind of tired of screensavers anyway, I just turned the screen saving to start after an hour when power is plugged into my notebook (so it wouldn't come on while watching videos, etc.).

Then, I added an icon to my menu, and from there, to my panel that calls a script that just turns the screen off (which saves power and makes the screen and backlight last longer anyway). I just click on it when I want the screen off. It totally bypasses the system screensaver processing, so it only does what my script tells it to - no locking.

There's a delay in the script to give me time to get my hands away from the keyboard before it turns the screen off - because touching any key or the touchpad/mouse turns the screen back on - just like it does with a screensaver.

My original script had some old code in it. I cleaned it up before including it below.

Not the answer you're looking for? Browse other questions tagged password gui wakeup or ask your own question.